Physical and Clinical Symptoms of Depression in Women and Men

The symptoms of clinical depression are wide ranging across various different areas of body and behavior. First, a clinically depressed person may lose or gain a large amount of weight quickly and without explanation. This is due to radically shifting eating patterns in response to the depression. The person may also experience changes in sleep, energy levels, and fatigue. There will also tend to be feelings of anxiety, apathy, guilt, and a pervasive sense of hopelessness. 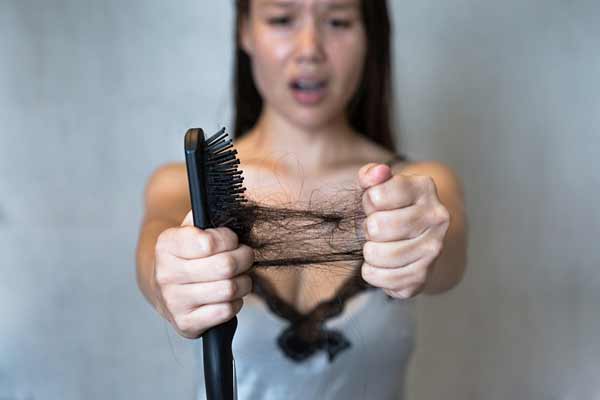 Oftentimes, the physical symptoms of depression are the most noticeable, because they are immediately visible and do not require conversation or behavior to discern. These may be, but are not limited to: weight gain/loss, changes in skin tone, changes in body language, and changes in body composition. For example, a depressed man may start to lose weight due to anxiety, while a depressed woman may gain weight because she’s using overeating as a coping mechanism. It’s also possible that a man’s hair may start to go gray, or he might lose it entirely. Generally, it matters less in what direction the change takes place and matters more the magnitude of the change. As an example, large shifts in weight (both gain and loss) are equally symptomatic of depression.

The symptoms of seasonal depression are some of the most easy to discern, mostly because they will occur in conjunction with the weather. The most common is winter depression, which will occur in people of all kinds during winter months when they do not get enough sunlight. This typically manifests after several weeks spent without sunlight due to lack of vitamin D intake. It’s also possible that less pronounced symptoms may manifest in the fall as the weather turns, it becomes colder, and winter is approaching.

Symptoms of Depression in Women 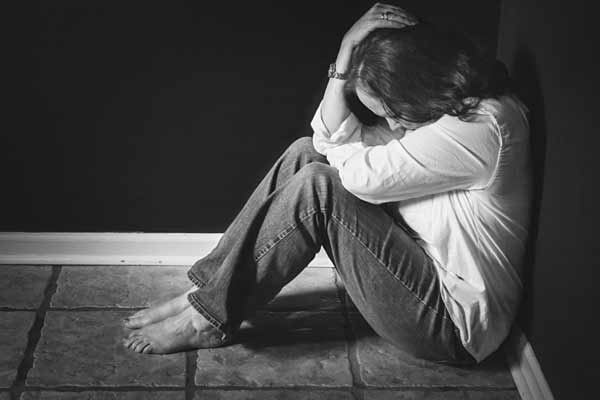 A very common form of depression in women is called postpartum depression, which occurs after the birth of a child. If it happens, postpartum depression will manifest in the days and weeks following birth and may last for months afterward.
Another common form of depression in women is premenstrual dysphoric disorder, which is related to a woman’s menstrual cycle. Many women will feel symptoms of depression before or during their menstrual period that should dissipate afterward.
Some common depression symptoms specific to women are directing blame inward at themselves, turning to food for self-medication, and the desire to talk about their thoughts and feelings.

Symptoms of Depression in Men 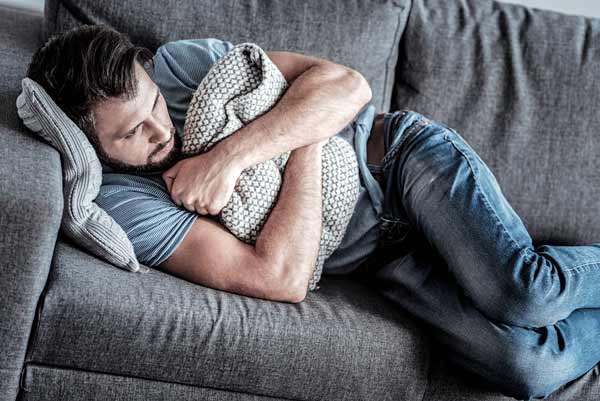