This Mod Podge Photo Box tutorial, featuring the HP Deskjet 3632 All-in-One Printer/Copier/Scanner, has been compensated by Collective Bias, Inc. and its advertiser. All stories, photos, and opinions are my own. #SaveYourMemories #CollectiveBias

If all of your photos are trapped in your phone like mine and you need a way to display them or give them as a gift, this Mod Podge Photo Box is just what you need. Print the photos wirelessly from your phone and create a unique and personalized gift!

I’m definitely a blogger mom and I’m always taking photos. My phone is out at all times, trying to capture every single moment of my boy’s active life. He’s always been a ham in front of the camera and he has won awards for his smile so you know I have to snap away when he’s doing something cute, funny, and even when he’s mad. Typically I post all of these photos on Instagram and/or Facebook and tag with #whoisthisboy, but today I decided to print a few out and make this fun photo box as a gift for someone special. 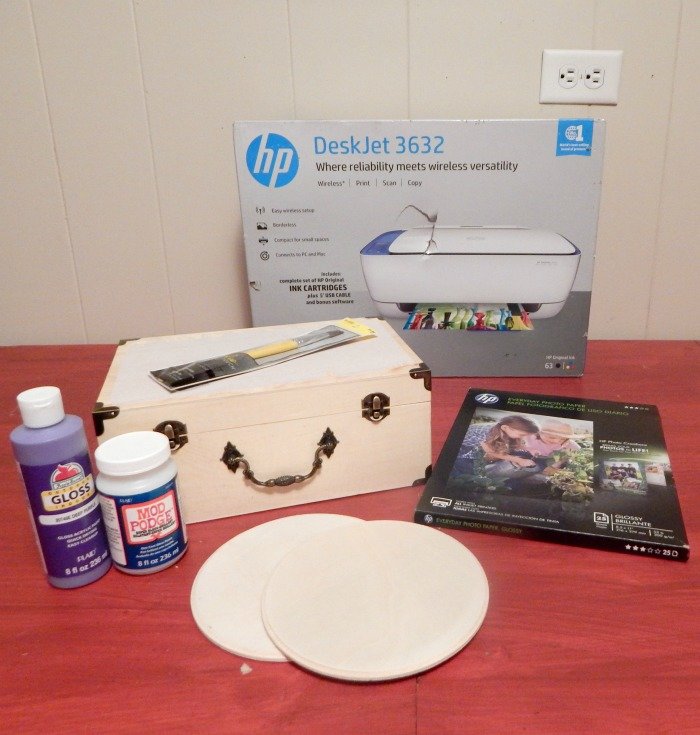 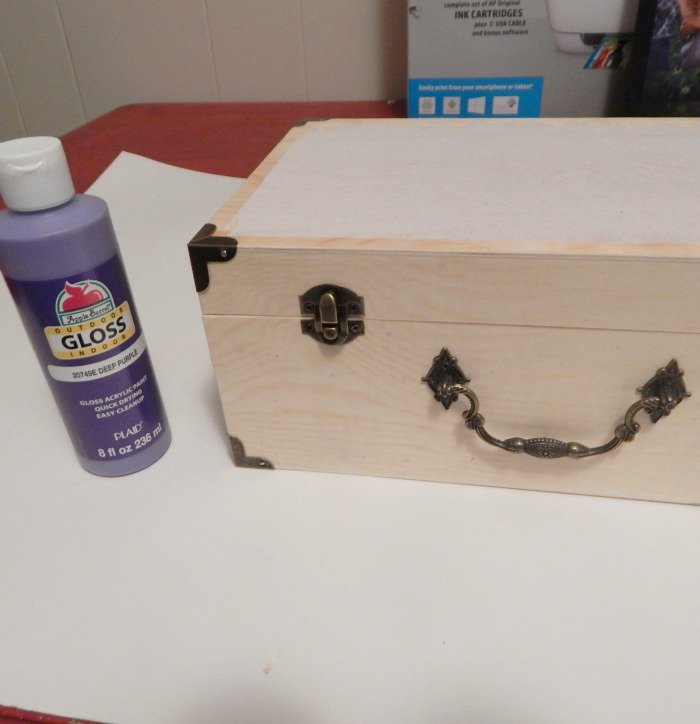 I found this wooden box at Walmart in the craft section, but it had this crazy sticker on the top that wouldn’t come off completely. I knew I wanted to paint the box and I would be putting photos on top so it wasn’t a big deal. 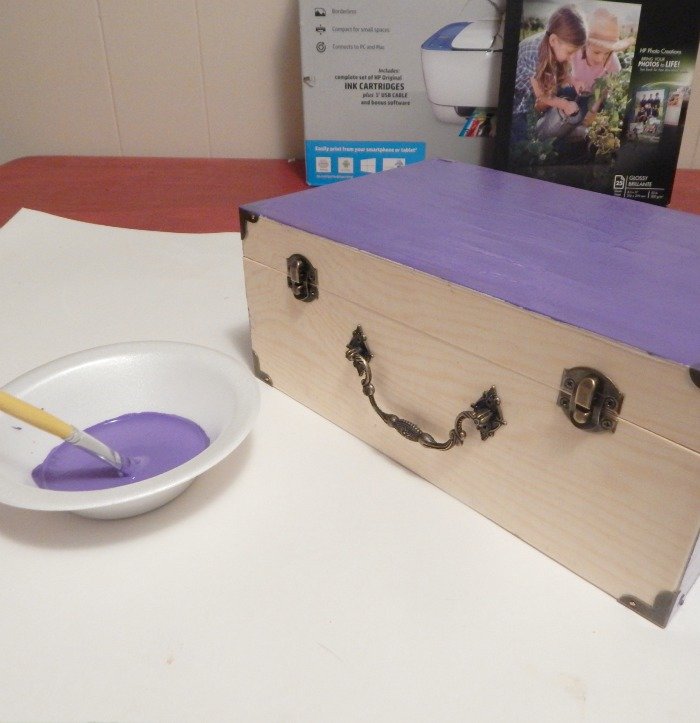 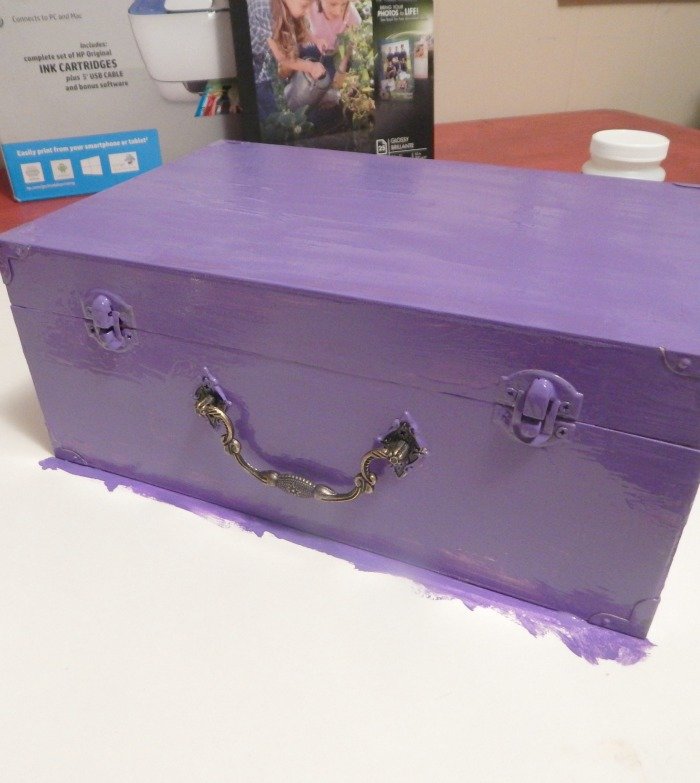 I decided to paint over the hardware on the box because I knew I would be sanding the box, but you can tape it or carefully paint around it if you want. 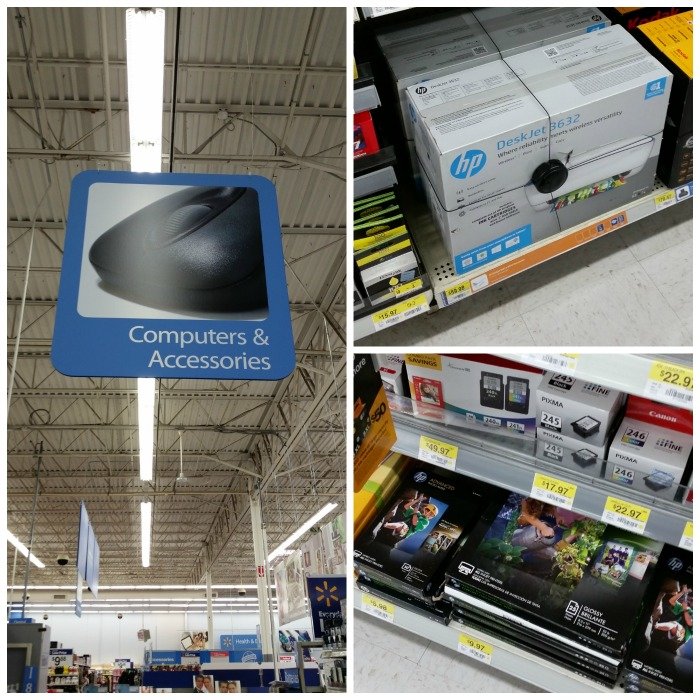 The next step is to set up your photo printer. I picked up this HP Deskjet 3632 All-in-One Printer/Copier/Scanner at Walmart because of it’s awesome features. I can wirelessly print all of my photos from my phone, tablet, or computer. Let me show you how it works! 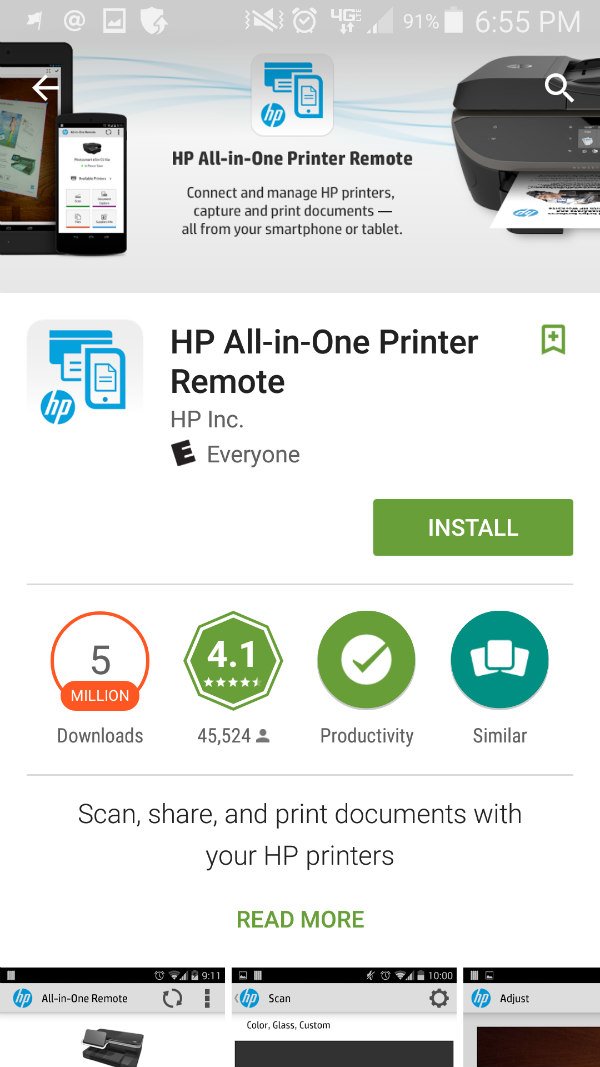 I simply downloaded the free app to my phone and the instructions walked me through connecting to WiFi and connecting to the printer. It took less than 5 minutes and I was already printing photos for my photo box. 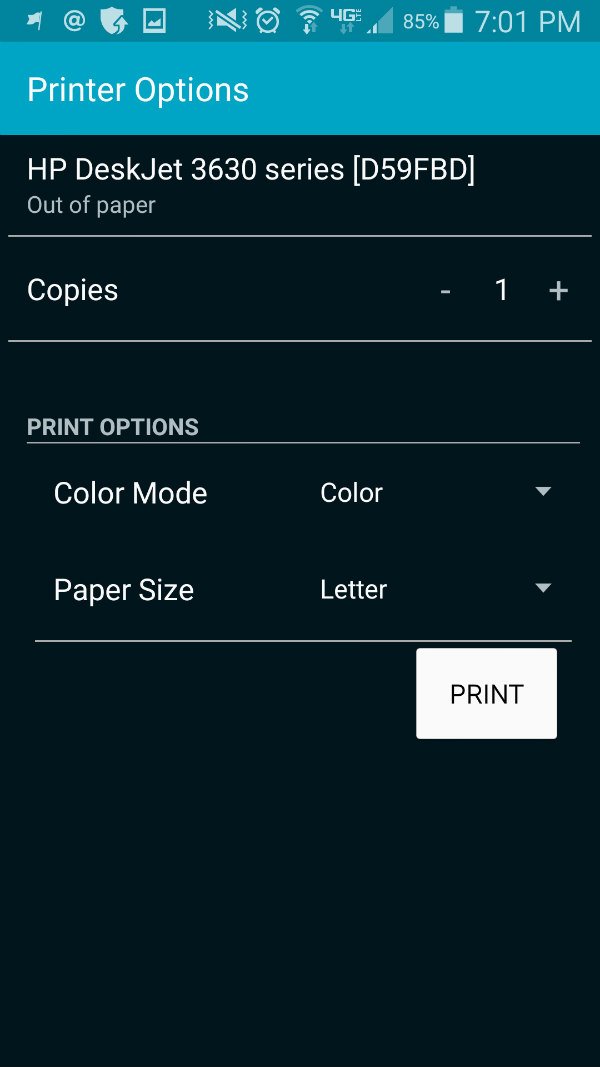 All I have to do after setup is select a photo from my media files and click on the share icon. I can then select the HP Print Service Plugin icon and I get this screen where I can decide how many copies, Black/White or Color, and then the size of the photo. 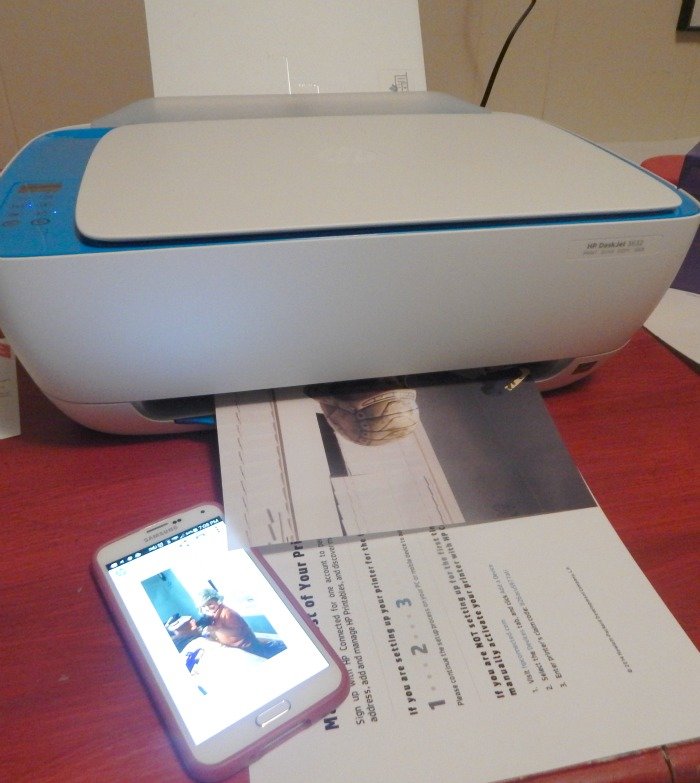 The quality of the photos on the HP Printer Paper is amazing. It’s like printing the photo at a photo kiosk. I used this funny photo of Benjamin to test out the color option. Also, the original HP ink prints twice as many high quality prints as generic ink so you’re not going to run out of ink in the middle of this project! 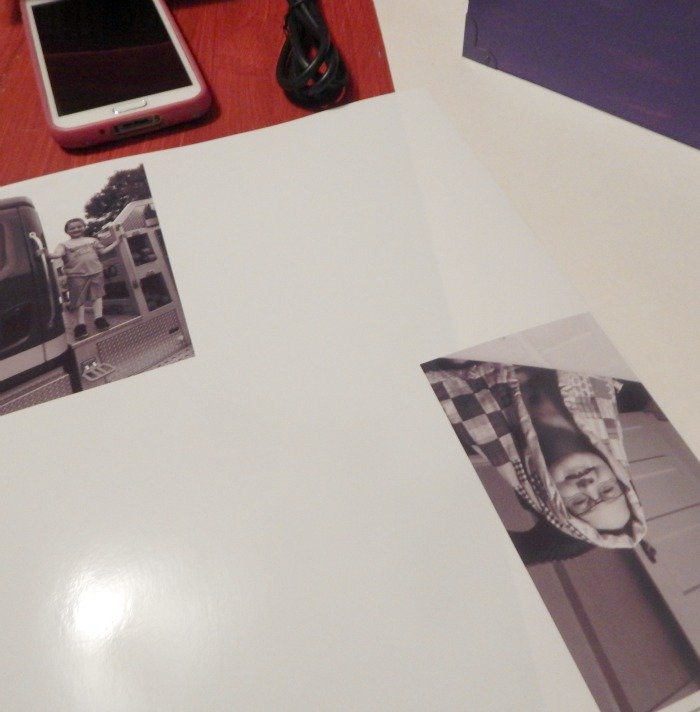 For the photo box, I chose to print photos in 3.5 x 5 and Black/White so they would look amazing on the photo box. I picked a few silly and adorable photos from my camera roll and then cut them into shapes to go onto the photo box. 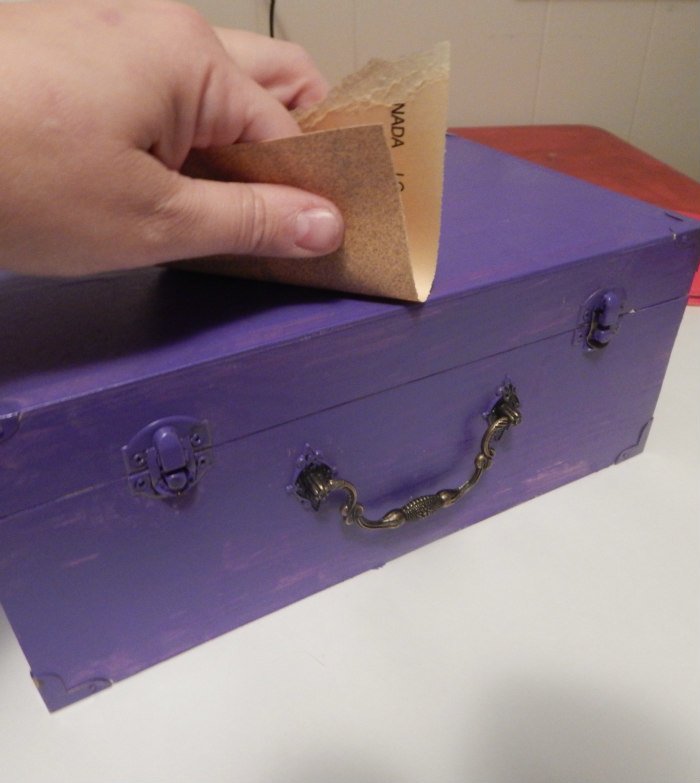 Next, I sanded the painted wooden box to get a distressed look and so the Mod Podge would stick better on it. 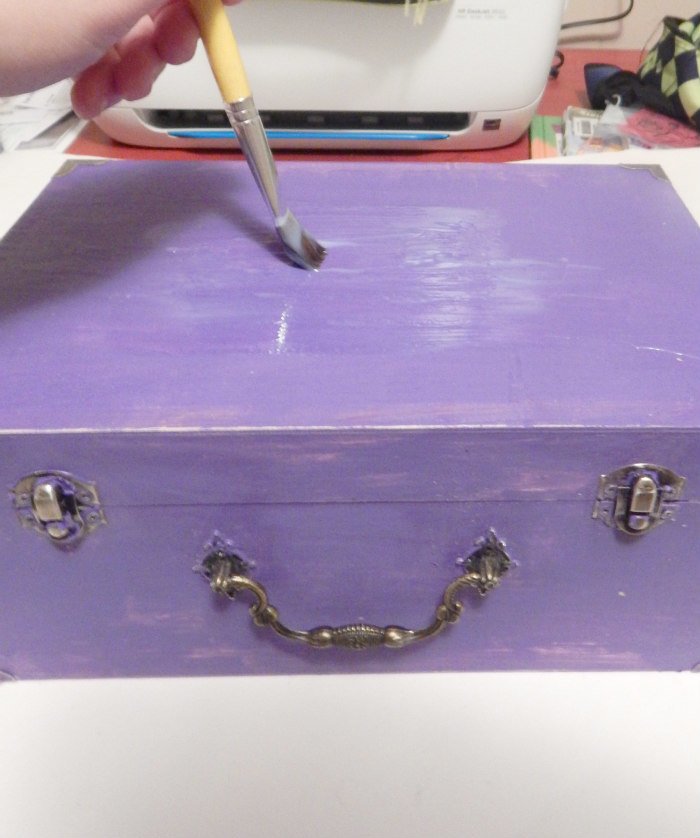 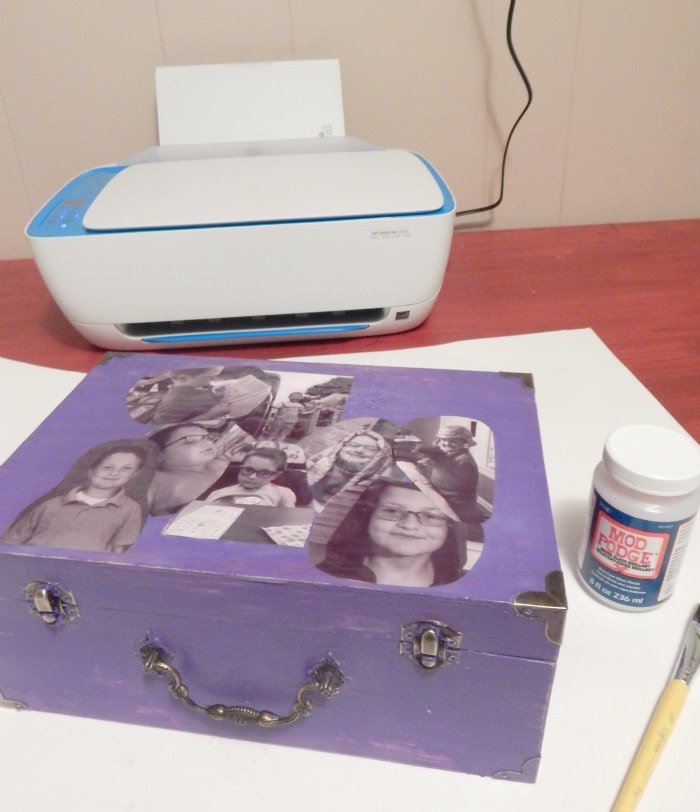 After the Mod Podge dried, I added another layer over the top to really make it shiny. I used the shiny Mod Podge, but there are several types of Mod Podge, including Matte finish, that you could use depending on how you wanted it to look. Feel free to embellish the photo box with ribbon or flowers and hot glue. I saw a burlap flower at Walmart that I think I’m going back for to put in the corner of this photo box. 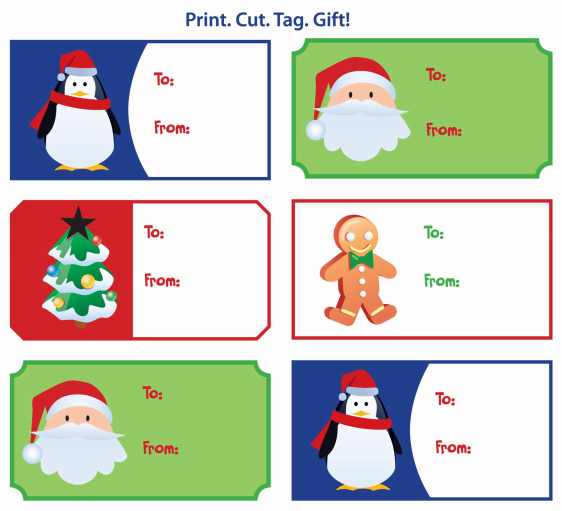 Want to give this photo box as a Christmas gift, check out these free printable gift tags that you can print from your new HP printer. Just print, cut, and paste onto your package!

What photos would you put on a DIY Photo Box? 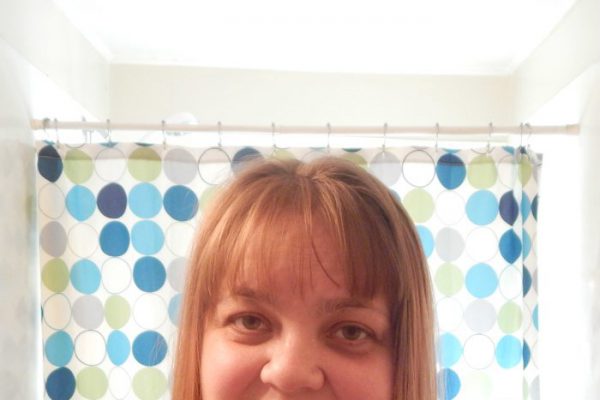