As a morbidly obese person, it’s probably no surprise that I have a problem with food. I love food and I love the fellowship that happens around food and eating. For some reason, though, I thought some of this would change with weight loss surgery. Don’t get me wrong, my opinions on some foods has definitely changed, but my daily struggle with food has remained the same. The struggles may look a little different, but they are struggles nonetheless. If you’re considering weight loss surgery, just keep in mind, your relationship with food will change in some ways and stay exactly the same in other ways. Let me explain… 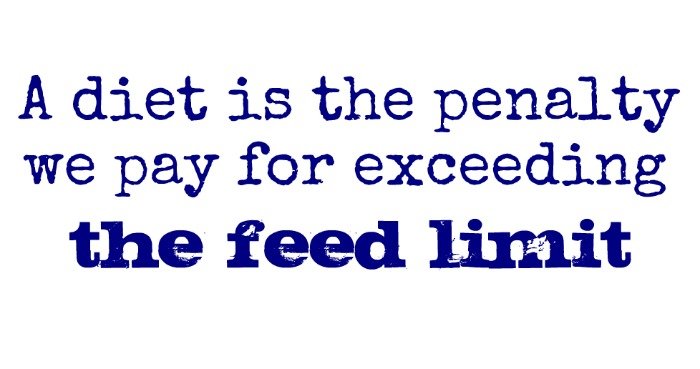 As we all know, I didn’t get to 370 lbs by having a great, healthy relationship with food. I mean, there is some degree of truth to it that I was living a sedentary lifestyle, but the majority of my weight came on because I like to eat…and I like to eat all the wrong stuff. Growing up, I can remember having a sugary cereal for breakfast, lunch at school, a sandwich and chips for snack after school, and then dinner. I drank sugary sodas and I was never really encouraged to get any exercise. When I was in Junior High, my mom put us on a diet and tried to change the way we looked at food. She would give us a little bit better snacks for after school and healthier breakfast choices. She would give us choices at dinner that would mean we could have a second chicken breast or half a potato. The chicken breast was bigger so we would most likely pick that and that was her goal, I guess.

I honestly don’t remember how long that “diet” lasted, but I don’t think the information “stuck”. The only real change that I remember it making in my life is that I switched from drinking sugary sodas to diet sodas. Ugh!

As a teen and young adult, I didn’t pay much attention to my weight and just ate what I wanted most of the time. I was never a lover of vegetables or salad back then so what I was consuming was in no way healthy. I lost a lot of weight my senior year because I simply wouldn’t eat all day or I would have a Snickers and a Diet Coke for lunch and pizza or a sandwich for dinner. Even though I looked like I was getting healthy, I was not. I just wasn’t eating for the most part because I was going to school and work and just didn’t make the time to eat. Again, not healthy in a different way.

As an adult, and when I went off to college, I gave up. I was in a deep depression – before I had a name for my depression – and I just ate whatever I wanted whenever I wanted. I packed on the pounds and didn’t really care. I didn’t know how to stop it or I just didn’t care to stop it. My favorite foods included anything from McDonalds or Burger King (the bigger the burger, the better) and ice cream or chocolate. I didn’t think about the effects it was having on my body and it didn’t phase me when I had to buy bigger clothes. Maybe deep down inside I was a little worried, but obviously I didn’t care enough about myself to stop it.

When I met Howard, I was around 320 lbs. He was overweight as well and we were in the same place emotionally. We were starving for a relationship that meant something, but honestly, we were both in a committed relationship with food. Our times together consisted of figuring out what we were going to eat at our next meal or grocery shopping. We had thoughts of losing weight, especially when I got pregnant, but the food just took over. Being a chef, Howard loves to cook for someone else. It is his passion. So, he wanted to “show off” his skills to me and cook for me often. He did make sure that I ate a little healthier during my pregnancy because we both wanted a healthy baby, but toward the end of my pregnancy, all I craved was cheeseburgers so that’s pretty much all I ate. I lost weight while I was pregnant, but quickly gained it back and more after giving birth.

In 2010, Howard and I embarked on a journey of losing weight. We were serious and our pastor supported us going to a weight loss center where Howard lost 160 lbs and I lost 90 lbs. We were the smallest we had ever seen each other and it was a good time. We started exercising at some point during this time, but we were never really serious about it. When Howard struggled to get under 300 and I was struggling to get under 250, we started to get back into our old ways. We would give ourselves “cheat days” on Thursday evenings after our weigh in. We would eat on Thursday evening, which would turn into Friday, then Saturday, and then eat a big meal at my dad’s on Sunday, then buckle down on Monday through Wednesday again. I can only imagine the havoc we played on our metabolisms and our bodies just didn’t know what to do. It’s the struggle with food that we both have that was taking over once again.

By 2012, we were both back to our morbidly obese selves and eating ice cream while watching The Biggest Loser. We would try off and on to get back on track, but the damage had been done.

As you know, Howard and I had weight loss surgery at the end of 2015 (Howard 8/17/15, me 12/30/15) with hopes that our lives would change forever. On one hand, our lives have definitely changed for the better, but on the other hand, we are still dealing with the daily struggle with food. According to my surgeon, I should be eating small meals/snacks every two hours when I’m awake. On some days, I do a good job of this. I take snacks to work with me and I eat on the odd hours, drink on the even hours, but on other days I just don’t feel like eating at all. On some days, my snacks/meals are full of protein and healthy for me and on other days, I eat onion rings (my latest overwhelming craving) or fried chicken strips. I still eat sweets from time to time (last night it was ice cream) and I still eat bread and pasta on some days. We have a hard time at the grocery store because our buying habits just haven’t met up with our eating habits.

Howard hasn’t quite figured out how to cook for our small stomachs yet and going out is impossible. We end up coming home with full meals because we can’t agree on something to share and then we just eat on it for days. My appetite is still huge even though my stomach is not so I occasionally overeat, although after throwing up often, I have stopped the overeating for the most part. I just simply still struggle with food on a daily basis.

I knew going into weight loss surgery that the gastric sleeve was just a tool and that I would have to work hard at losing weight. I am working hard at my exercise routine, but my food routine is just not there yet. I mean, on Saturday I burned 375 calories in one workout and then on Sunday, I ate ice cream…what is wrong with me? I somehow thought that my relationship with food would change and I wouldn’t want those unhealthy things anymore. It’s not true. My body can tolerate everything it used to except hamburger meat (no more cheeseburgers!) so I don’t feel limited in what I eat, only the amount that I eat. This is a big bummer to me!

I’ve made a friend at my fit circuit class on Saturdays who attends Overeaters Anonymous and I’ve considered joining the group to see if this will help me.  I already know that I’m powerless around food. I either overeat or undereat or eat the wrong things, whatever you want to call it. I wonder if I’m purposely sabotaging myself for some reason. I could be in another depression and just not be aware…or I could just have a poor relationship with food and need to repair that in my head. Whatever it is, I need to get it under control and I need to end this daily struggle with food…once and for all!

I would love to hear advice or support on this. Leave me a comment with your struggle with food and how you’ve overcome it (or not) and let me know I’m not alone. I would love to know what works for your in your relationship with food!