“Better for You” Gingerbread House

This gingerbread house post, featuring “better for you” decorating options, has been compensated by Collective Bias, Inc. and its advertiser. All stories, photos, and opinions are my own. #HoneyMaidHouse #CollectiveBias.

What’s more fun during the holidays than building a gingerbread house? But, with a son who doesn’t particularly like candy, I decided to change it up a little and make a Honey Maid graham cracker house and decorate with “better for you” options. Check out the fun house we made together! 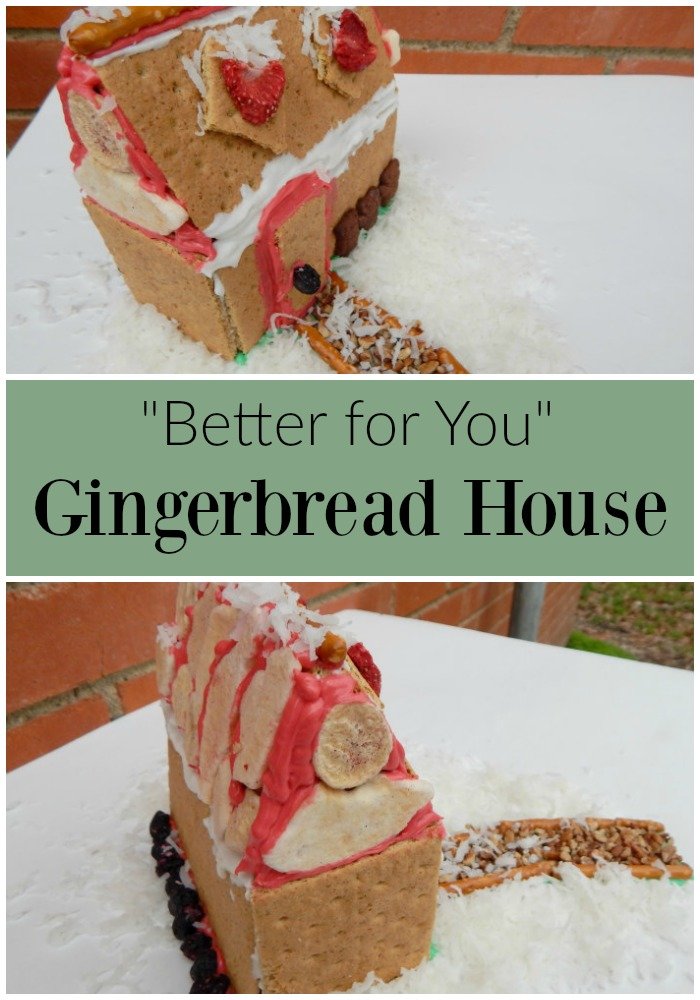 It’s true, folks. I have somehow raised a boy who doesn’t like candy. He doesn’t care for sweets, ice cream, or candy. He would rather eat a pretzel stick than a chocolate bar. The only “candy” he really cares for is peppermints because he knows they make his breath smell good. He’s a weird one. So, when it was time to build a gingerbread house for the season, I had this idea to decorate it with “better for you” options so he could eat it just like a normal child would. 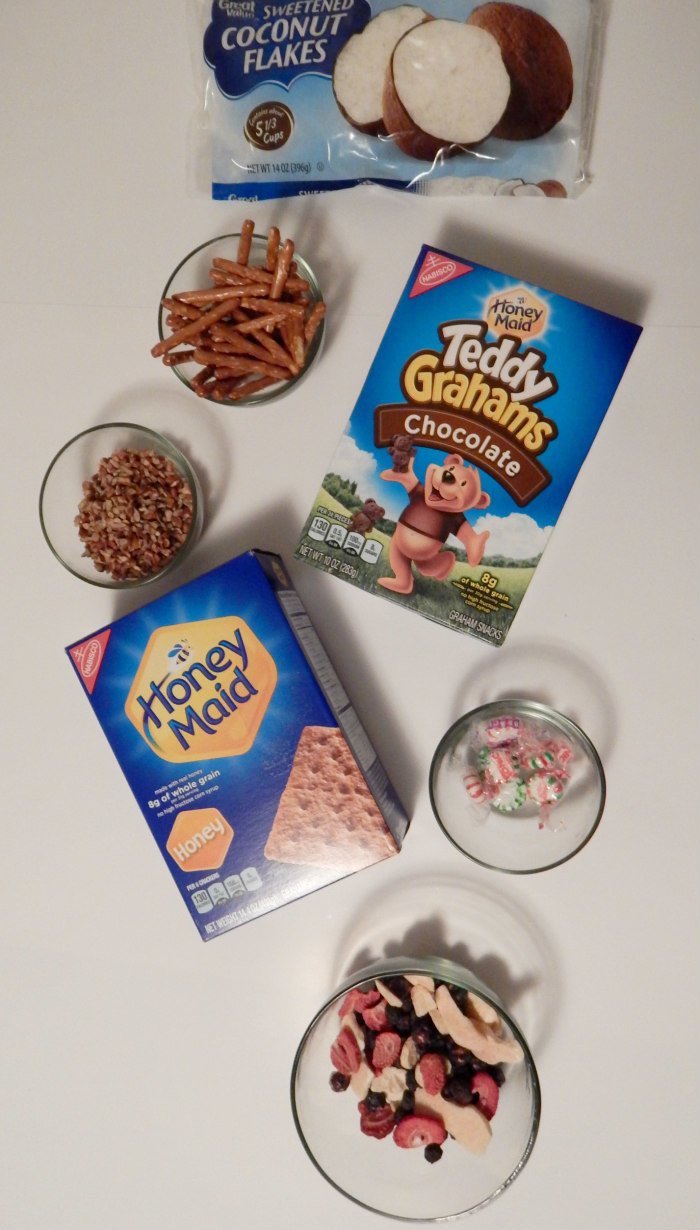 I couldn’t think of anything better to “cement” it together than royal icing so it does have a bit of sugar on it, but the rest is dried fruit, pecan, pretzel sticks, and graham crackers. We chose Honey Maid graham crackers because Benjamin loves them and they are actually “sturdier” than any store brand. Honey Maid makes a couple of different flavors – low fat honey, honey, and cinnamon, but we went with the traditional honey flavor because we know we like them the most. 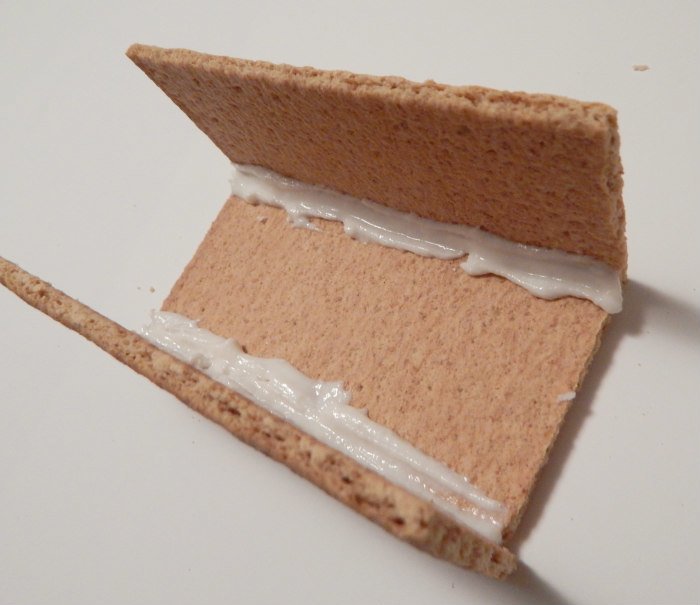 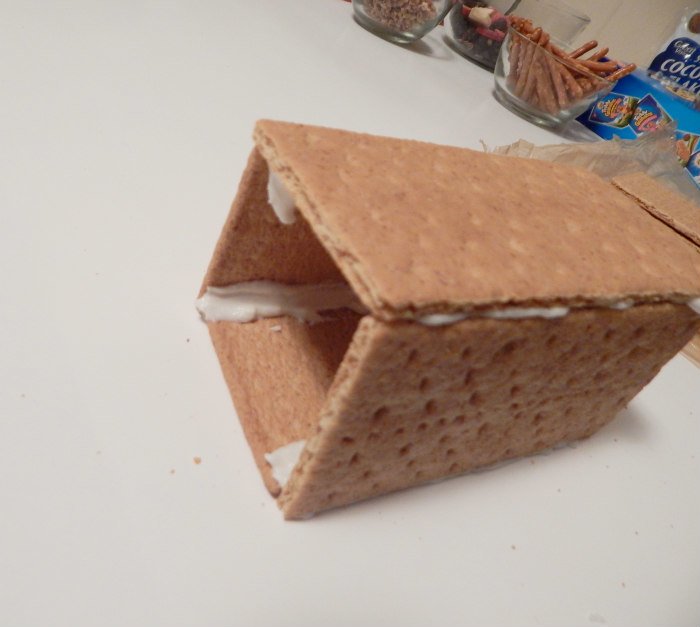 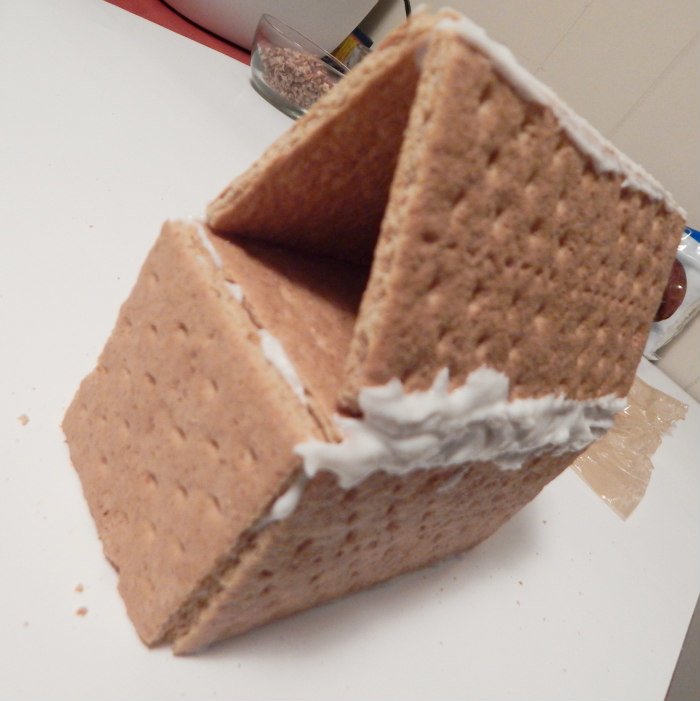 I put together the house the night before we decorated so it would have time to dry and set in. I made one for me and one for Benjamin, but he wouldn’t let me take pictures of his. He made the most adorable train out of his. The base of the house was the same as mine, but he put peppermints on as wheels and made a train track with pretzel sticks. It was so cute, but he wanted to keep it secret. Here’s more about how our combined house turned out: 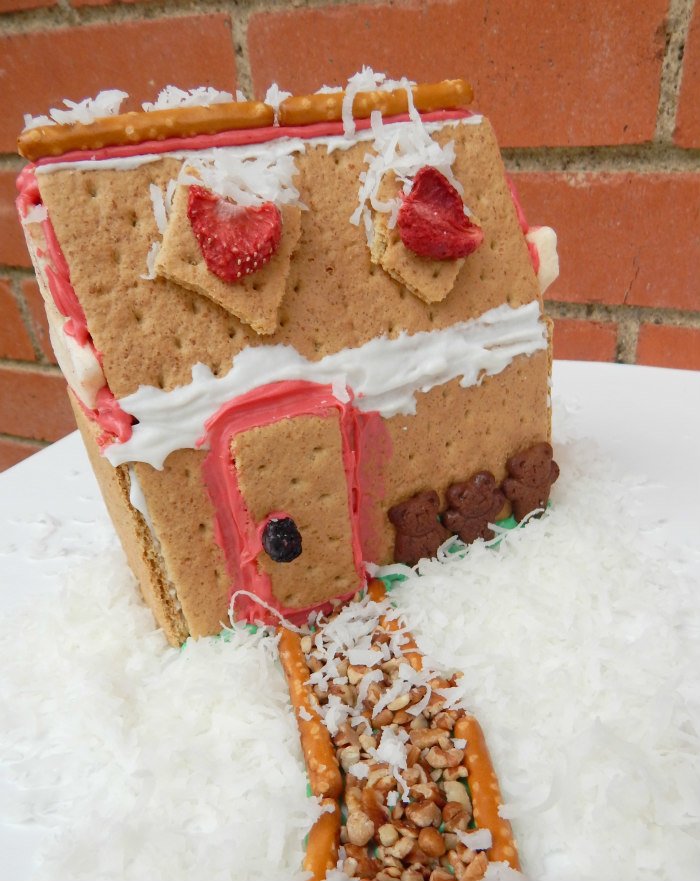 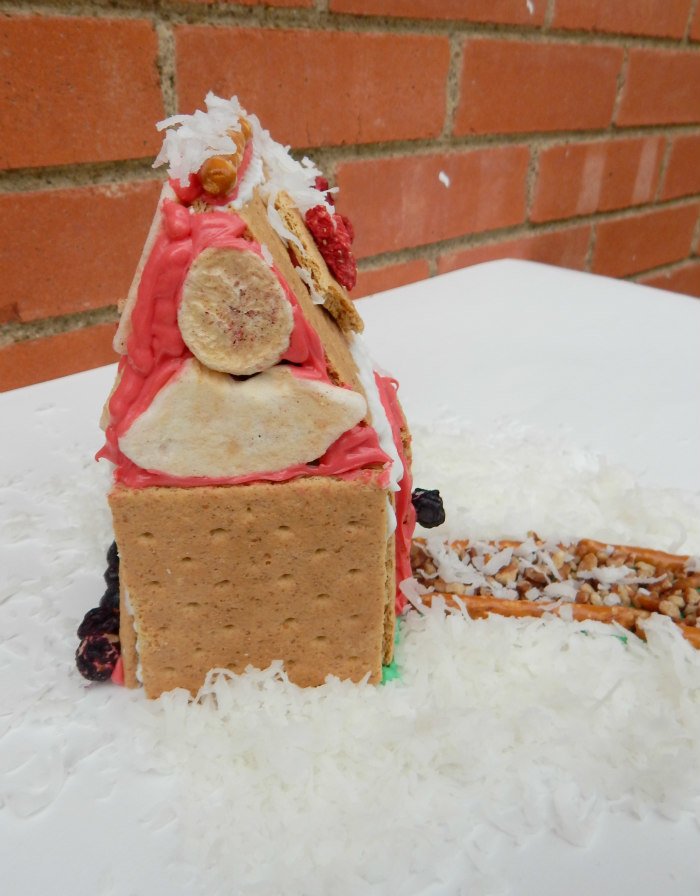 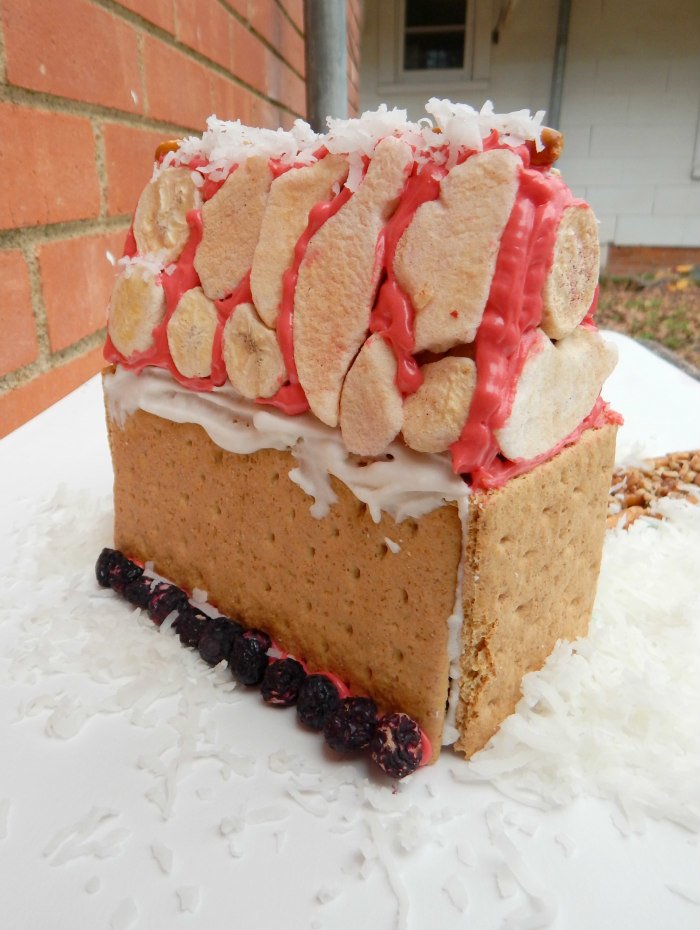 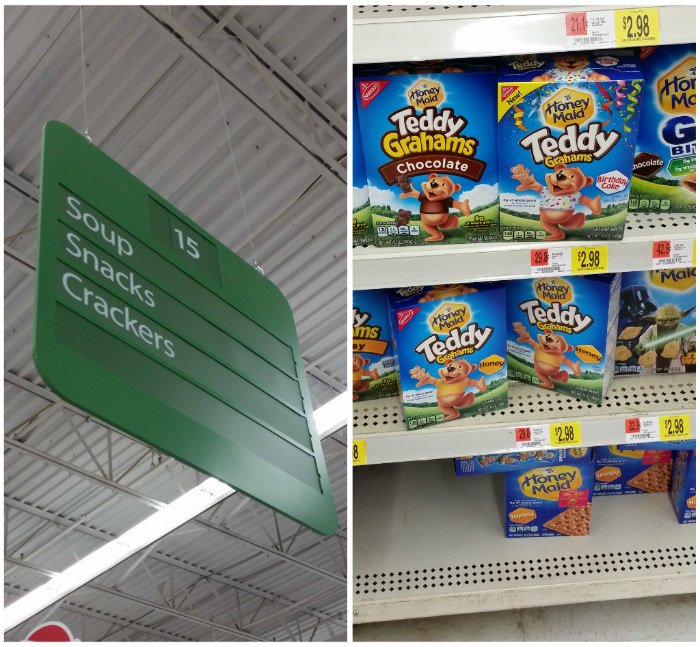 We found everything we needed for the “Better for You” Gingerbread House at Walmart. The graham crackers were in the crackers and cookies aisle. The other supplies were in the snacks and/or baking aisles. 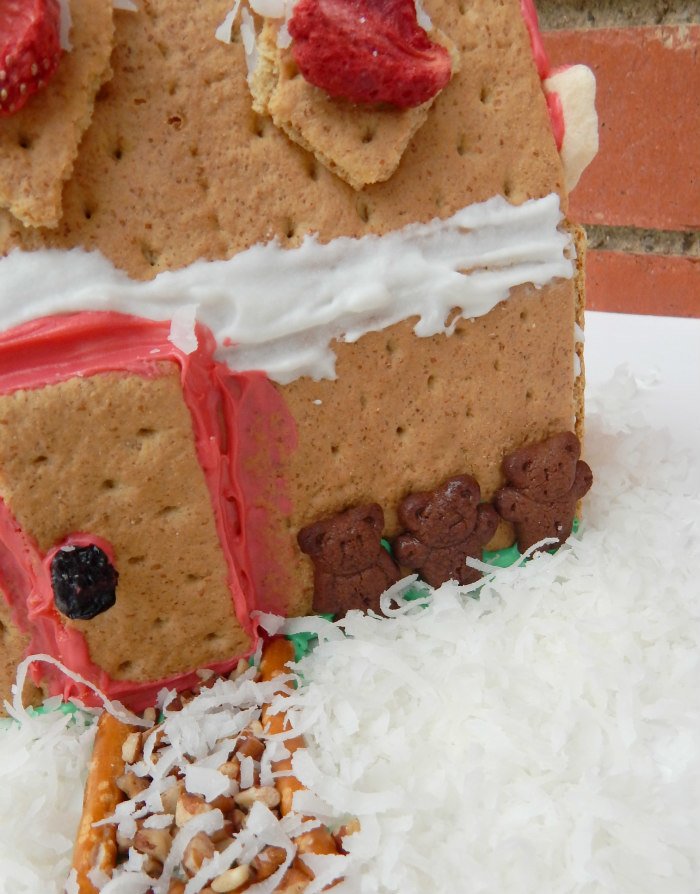 What would you include on your “Better for You” Gingerbread House? 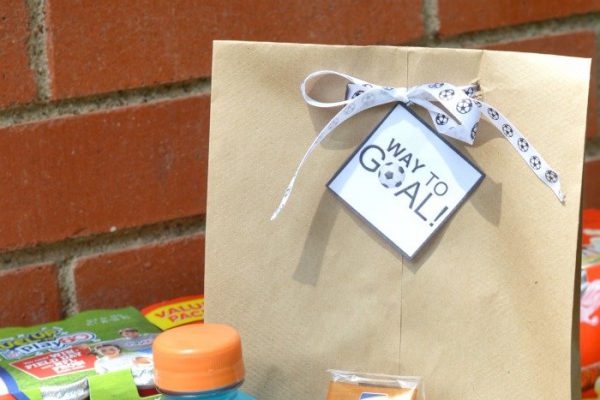 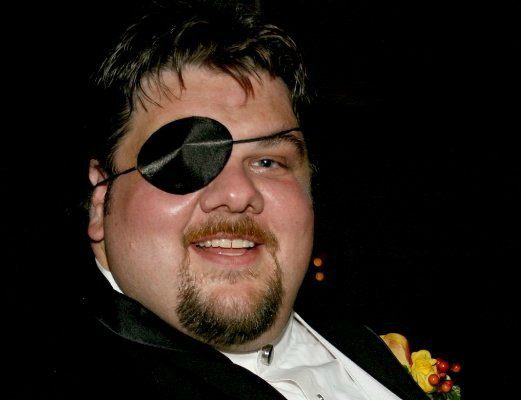 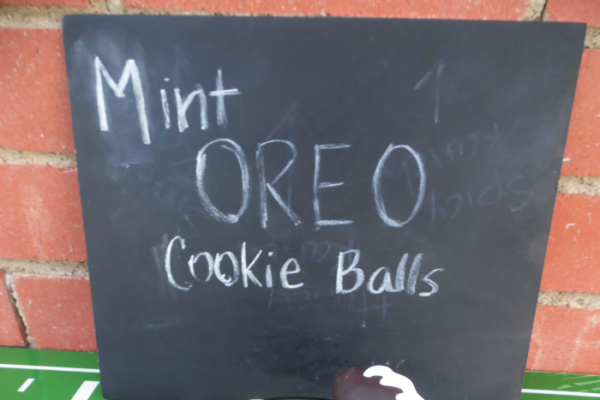