This post about our Avengers Movie Night, featuring a recipe for Hulk guacamole, Chicago-style popcorn balls, and free Avengers printable worksheets, has been sponsored by Collective Bias, Inc. and its advertiser. All stories, photos, and opinions are my own. #AvengersUnite #CollectiveBias

With MARVEL’s The Avengers: Age of Ultron coming to theaters on May 1, we decided to catch up on the stories with an Avengers Movie Night. Howard made Hulk-a-mole for our chips. I made a Chicago-style popcorn balls and printable worksheets, and we ALL had a blast! 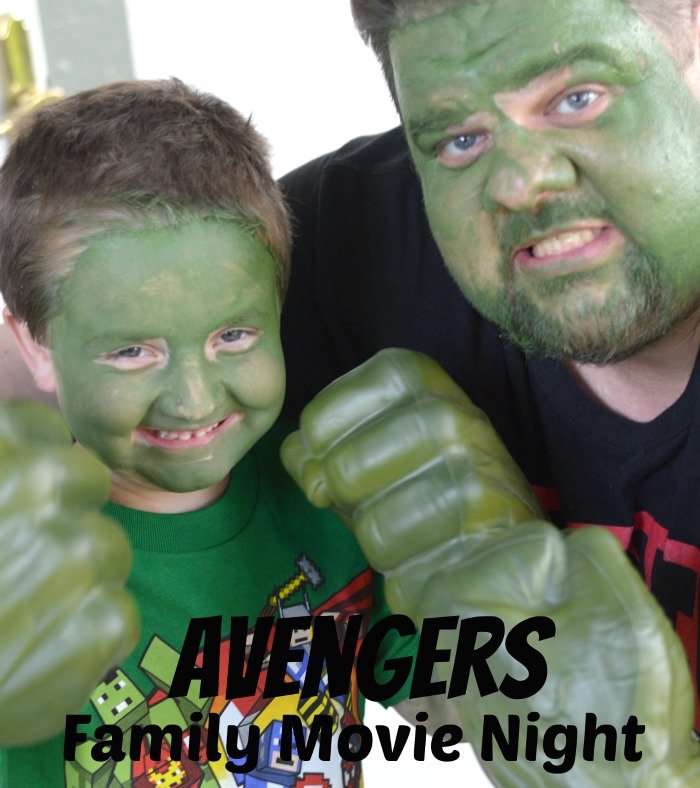 It has been so long since the boys and I have had a real movie night. We have watched movies and we’ve had family nights, but we haven’t really done it up and celebrated a movie release since, well, since the LAST Avengers movie night, I guess. That’s sad. Well, anyway, we have broken our sad streak and have celebrated the release of the NEW Avengers movie and now I’m sharing with you all the fun we had. 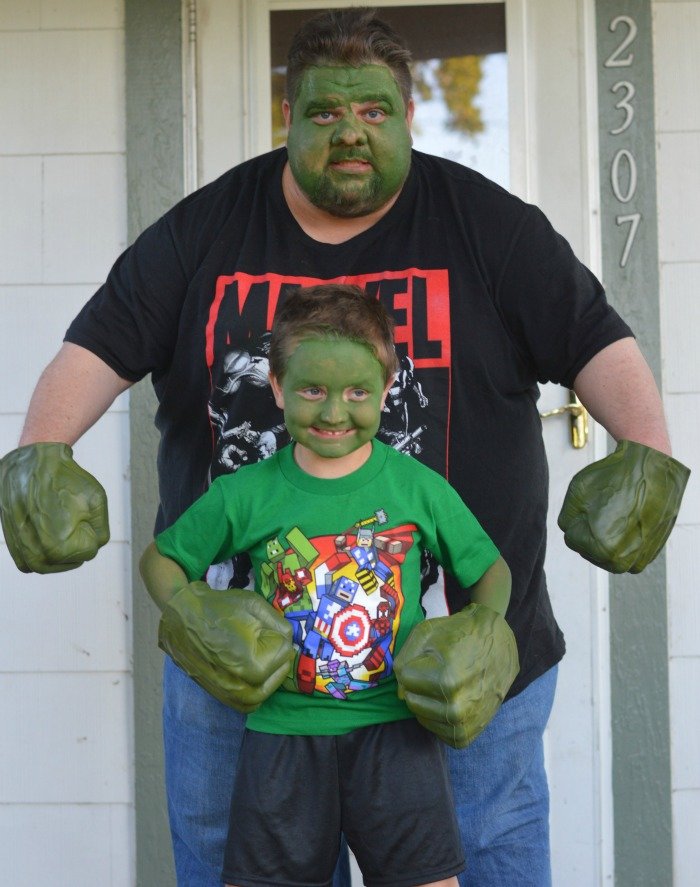 From the time MARVEL’s The Avengers: Age of Ultron was announced, my boys have been planning this day. They have been talking about all the awesomeness of MARVEL’s The Avengers and how much more awesome the next movie must be. They are dying to get to May 1 when we all get to see the movie together at our little theater in town. They even tried to buy tickets two weeks ago, but our theater is so small that they just don’t do that sort of thing. 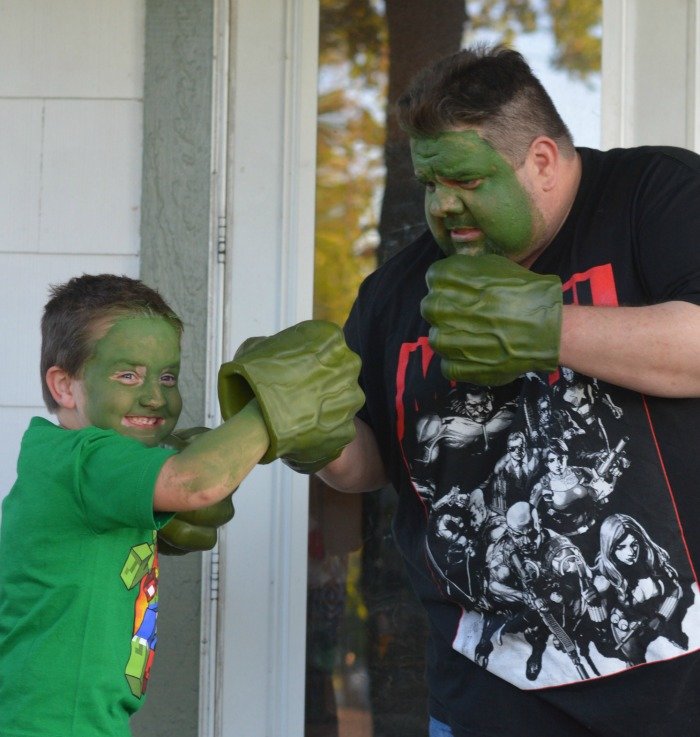 Of course, a real movie night at our house wouldn’t be the same without a few silly hijinx so I dressed the boys up in their favorite superhero style – Hulk, of course, and encouraged a little pre-movie role-playing. Their favorite part of the first Avengers movie was “Hulk Smash” so I got to hear a lot of “smash”ing. 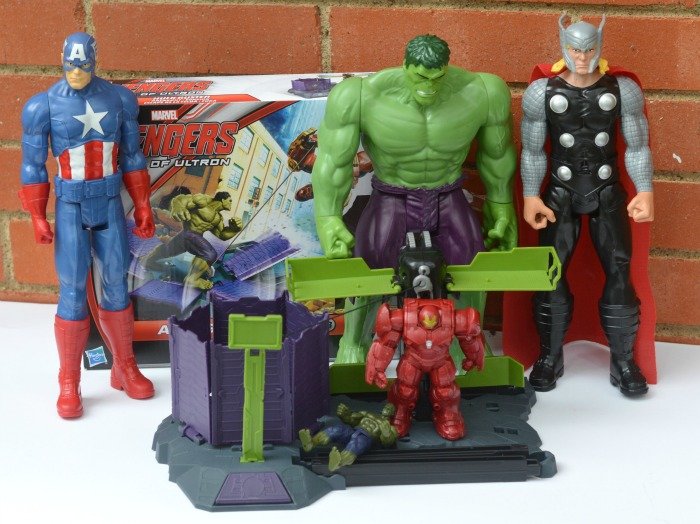 And, really, what little boy doesn’t want a few new toys to celebrate the release of a movie, so I surprised Benjamin with a few new toys. This triggered him to go through his other toys and pull out everything Avengers, from toys to stickers to puzzles so we could play with the whole team. I loved all the older toys, but the new ones for Age of Ultron are even bigger and better! 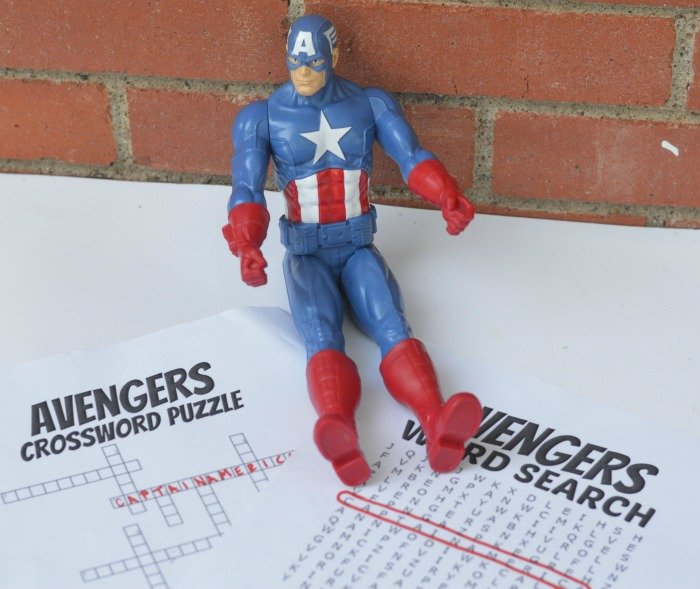 I also used my puzzle making skills to craft up a couple of worksheets for Benjamin so he can get to know a little more about the new movie before he gets there. I don’t think I’ll have a problem with him paying attention to the movie, but if he knows the characters a little more, that will help. Feel free to print up the Avengers printable worksheets by following that link. 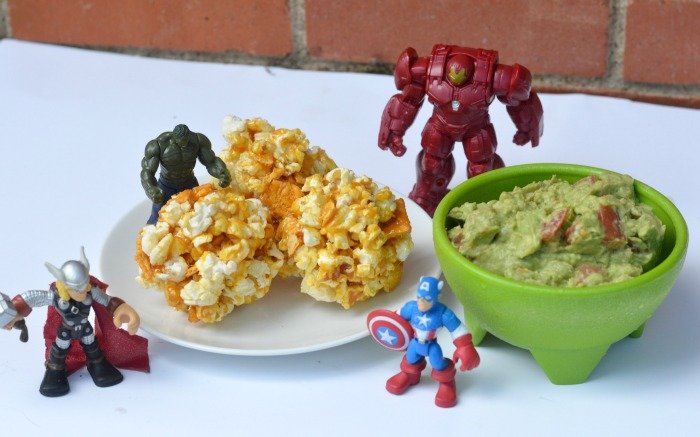 Since I didn’t dress up, I figured I had better pull my own weight with this movie night so I planned out a few snacks for us to enjoy while watching the movie. Howard taught me how to make guacamole and I also taught myself how to make popcorn balls. Our favorite popcorn flavor right now happens to be Chicago-style (caramel and cheese popcorn) so I decided to turn that into balls that the boy could enjoy as well. 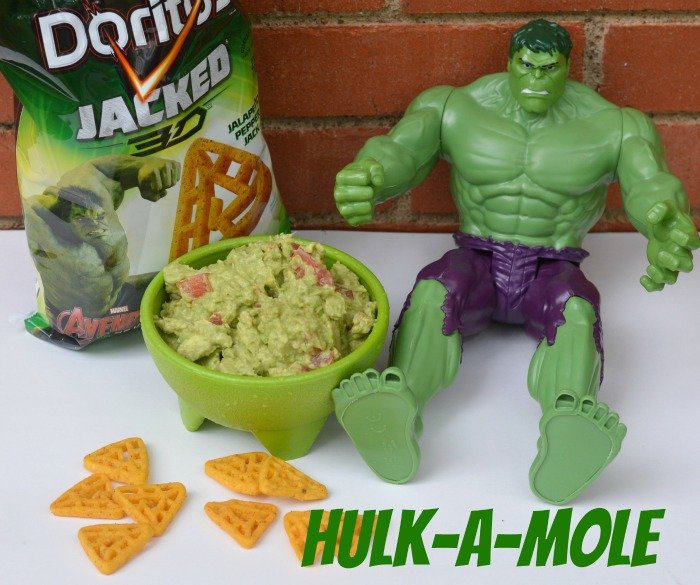 Hulk Smash all the ingredients together with a fork until desired consistency. 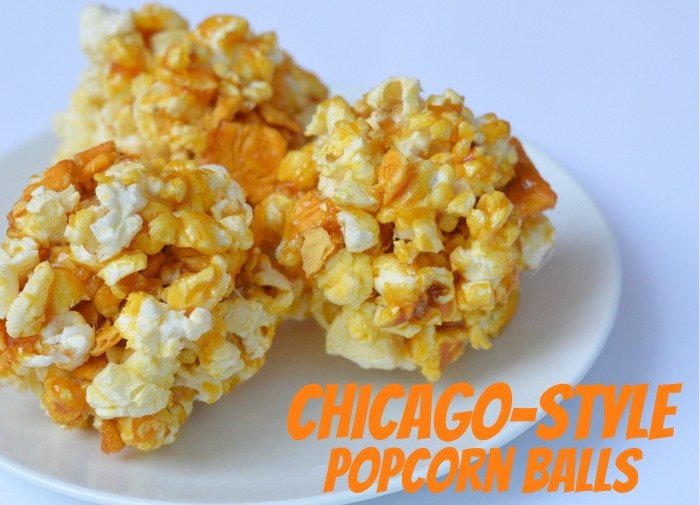 Combine popcorn and Cheez-its in a bowl. Melt the sugar into a caramel and pour over popcorn mixture. Using gloves or oven mitts, roll a small amount of the popcorn mixture into a ball. Let cool on a plate until ready to serve. 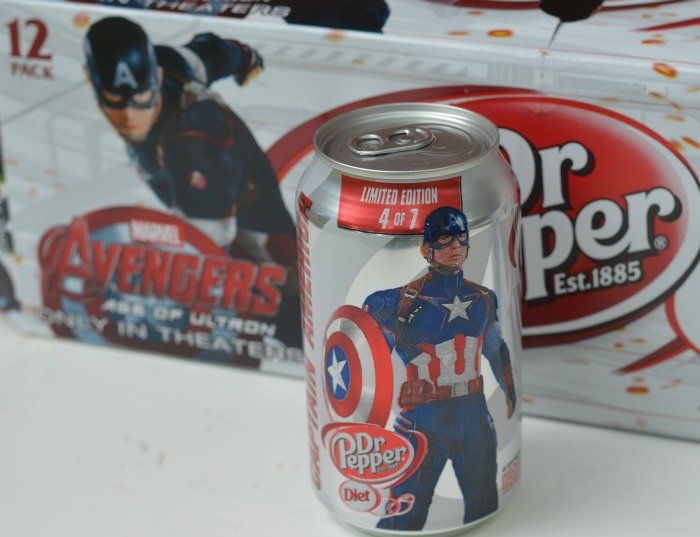 Of course, we needed a refreshment to go with our snacks so I picked up some Diet Dr. Pepper with the special edition Avengers cans. I was excited to drink the soda, but Benjamin was excited to collect the can. He’s already informed me that we will be drinking a lot of Dr. Pepper until we have all seven cans for his collection.

Once we had everything ready, it was time to settle in (as much as you can settle two excited boys) and watch the movie. All they could talk about during the movie was how excited they were for this coming Friday when we go watch MARVEL’s The Avengers: Age of Ultron at the theater. We may just have to dress them up again…we shall see… 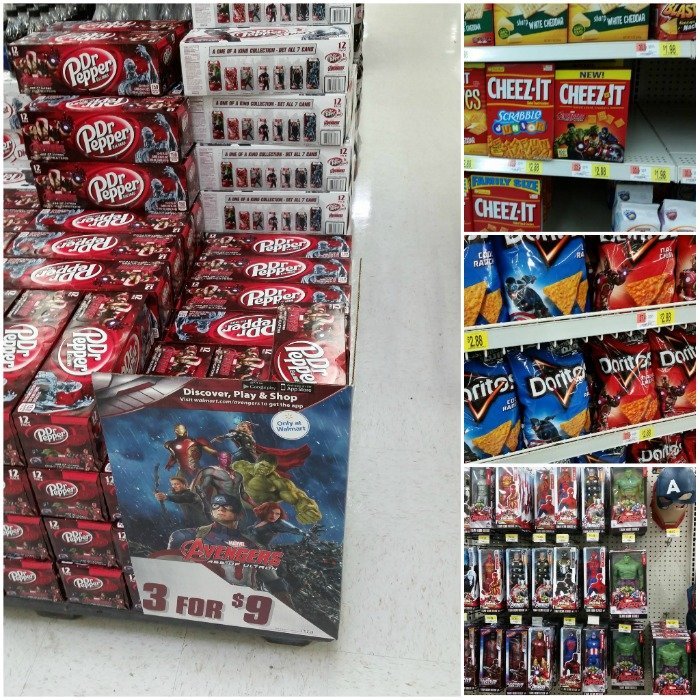 I found everything I needed for my Avengers Movie Night where you can find Doritos, Cheez-its, Dr. Pepper products, and, of course, all the toys you can imagine. 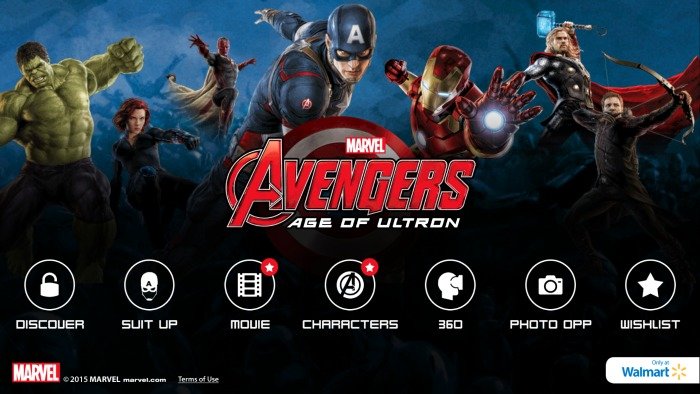 While you’re at the store, be sure to download the Super Heroes Assemble app to scan in store signage from Kellogg’s, Hasboro, Dr. Pepper or Marvel to reveal secret content! You can also scan the specially marked Avengers packaging of these brands to unlock even more secret content! BONUS starting on 4/30: Scan any 12 pack of Dr. Pepper Avengers or scan the in-store signage to unlock a digital comic book. This exciting comic book is brought to you by Dr. Pepper!

Learn more about the app and get party ideas by checking out the #AvengersUnite hashtag on social media. 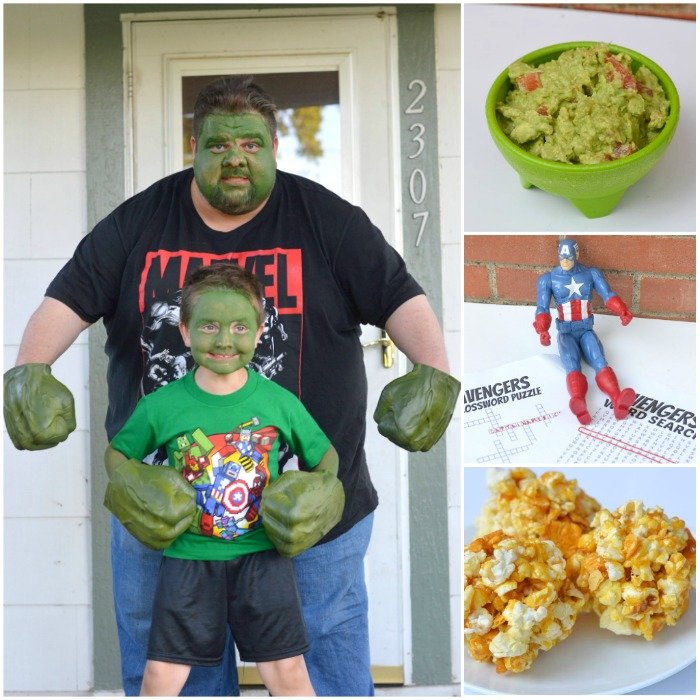 What would you include in an Avengers Movie Night?

The Best Snacks for Soccer Games 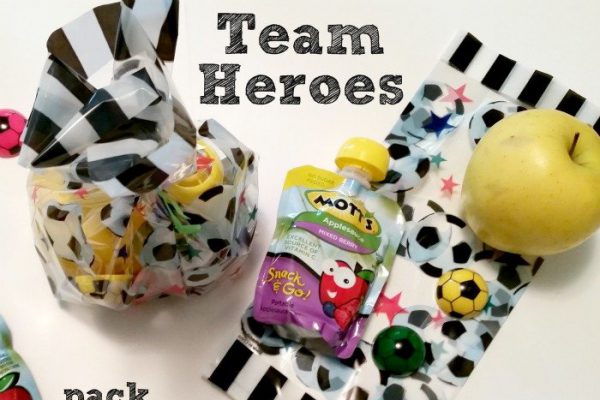 The Best Snacks for Soccer Games