This post about having the hard conversations with our parents is sponsored by Global Influence and its advertiser. All stories and opinions are my own. 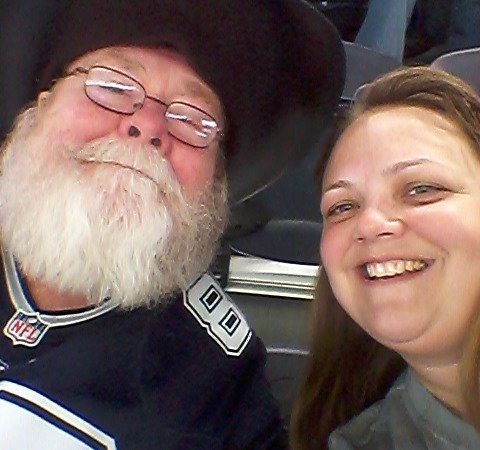 Growing up, I was always a “daddy’s girl” and I stuck by my dad all the time. I was fairly close to my mom, but I always thought my dad was the “bee’s knees”. I had a shirt when I was little that said “When I grow up, I want to be a mechanic” because that’s what my dad did for a living. I learned as much as I could from my dad and I just couldn’t get enough of being by his side.

When I was 18, my mom left my dad and told me that since I was still in high school that she was going to have custody of me until I graduated. She was moving to a new house and wanted me to come along with her and my little sister, but I promptly told her that I was 18 and I was going to decide for myself. I wasn’t trying to be disrespectful, but I wasn’t going to leave my dad’s side. He and I stuck through some hard times together during the next six months as I graduated high school and prepared to go to college. We would stay up late at night and “solve the problems of the world” with our epic talks.

Throughout college, I drifted away from my dad a little and our talks got fewer and far between. He remarried and I got married and had a child. So much family between us just left less and less time for us to really have those epic talks…until recently.

You might remember just a couple of weeks ago, my dad and I went to a Dallas Cowboys football game together. We had the best time at the tailgate party and at the game. We cheered until we were hoarse and we were exhausted for days following. In fact, we both ended up with colds, his lasting a little longer than mine, but we wouldn’t have missed this opportunity for the world.

But, the best part, in my opinion, was the ride up there and the ride back. You see, we live about 2.5 hours from the Dallas Cowboys stadium so we had to get up and out early to make it to all the fun activities. During those drives, we talked…the.entire.time!

Of course, our talks ranged from small talk to blog talk to work talk and unfortunately, to the hard conversations that we all need to have with our parents eventually. We had the Care Conversation and since I am me, there were tears.

The Care Conversation started because my grandmother, my dad’s dad, is getting older (she’s in her 90’s) and two of my aunts are providing the primary care for her right now. My dad told me that he doesn’t want to be a “burden” on any of his girls and he wants to be “in a home” when he gets older. Of course, none of us girls ever want to see him in an assisted living home and any one of us would probably have him live with us or move in with him to avoid that, but we know we have to honor his wishes. When/if the time comes that he needs assistance with daily living, we will find a place that he feels comfortable in and a place that treats him right. We will visit with him every day (or at least as often as we can) and we will make sure that he is happy.

As we get older, our parents unfortunately get older as well and these Care Conversations need to happen. Finding a place for your parents or grandparents to live doesn’t have to be hard when you have the information that you need. Find out more at http://careconversations.org.