This pest control survival kit post, featuring a DIY bug catcher tutorial, has been compensated by Collective Bias, Inc. and its advertiser. All stories, opinions, and photos are my own. 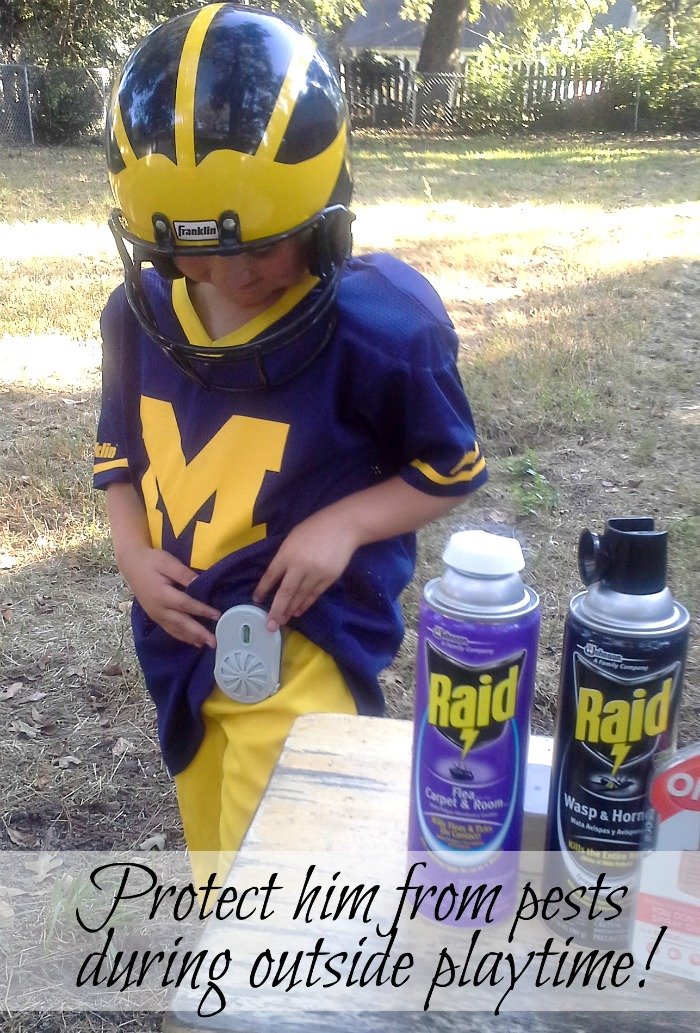 Just because Fall has hit all over the world, does not mean that cooler weather has hit Texas. In fact, we are still seeing 90 degree temperatures in the afternoon and this morning, it was already 77 degrees at 7:30am. We don’t get the cold weather that hits the North and even when we do get cold weather, it is only for a day or two and then we’re back to warm temperatures again. All of this warm weather brings along something that I’m sure every Texan is aware of – pests. I’m talking about mosquitoes, wasps, ants, fleas…all of them!

I can remember very clearly the very first time Benjamin got a mosquito bite. He was about 10 months old and it was the scariest thing we had ever seen on our baby since he was born. The bite happened to be on his forehead and we didn’t even know he had been bitten until his whole forehead swelled up suddenly. He looked like a Klingon! I was freaked out and I don’t get freaked out very easily when it comes to injuries. I’m usually very calm and think rationally, but my baby’s face was swelling and he looked like he was in pain. The side story to this was that he had fallen off the bed the previous day and even though it had been 24 hours with no signs of any distress from the fall, Howard and I thought he was having some type of swelling from the fall. We rushed him to the ER and worried our heads off about what could be going wrong and then the doctor told us…it was just a mosquito bite and apparently our baby is allergic to mosquitoes.

I should have known that my boy was allergic just like me and now that I know I want to protect him at all costs. Luckily, the costs are not too bad. 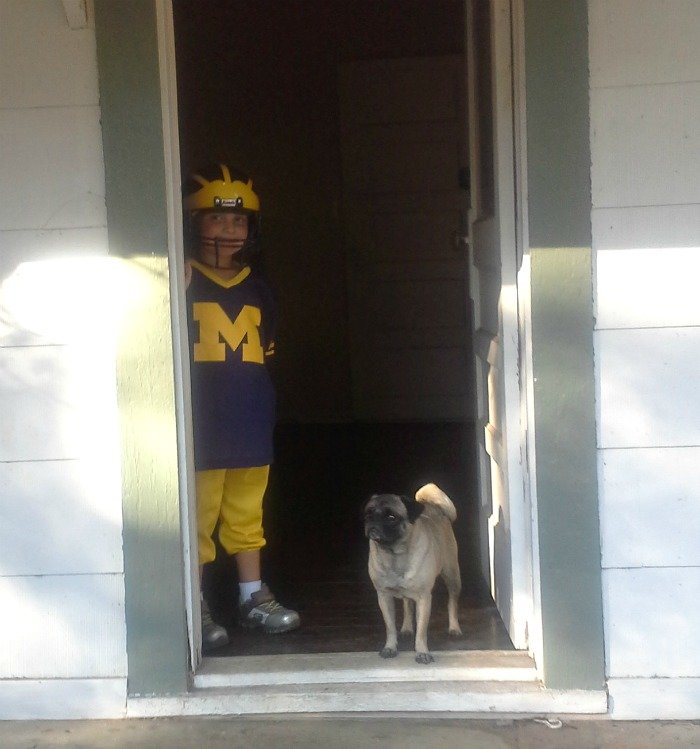 Benjamin loves our dogs and loves our big backyard. He wants to play with the dogs all the time, but they carry around their own little pests – fleas. I learned at the beginning of Summer that he couldn’t step foot in the backyard until we did something about the mosquitoes. I had bought him a kiddie pool to play in during Summer and after 20 minutes of filling the pool, he already had 10 bites on his arms and legs! I had no idea that our backyard was a mosquito playground so we successfully avoided the yard until we could figure something out. In the meantime, we’ve been infested with even more fleas so much that he can’t even go in his bedroom without getting bit. He’s been sleeping in our room for months! Now that the weather is even nicer outside, but still warm enough for the bugs, we decided it was time to do something about our little pest problems. 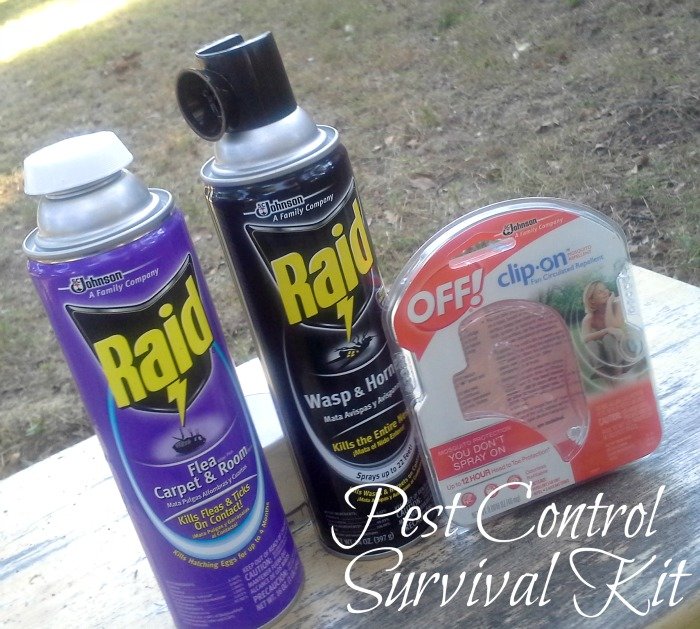 I headed to Target this week and picked up a Pest Control Survival Kit. I had decided it was time to squash this problem and give my boy a childhood again. He needs to be outside and playing with his dogs. He needs to be able to not worry about getting bit and swelling everytime he steps foot outside. And, most importantly, he needs to get out of our bed and back into his room! 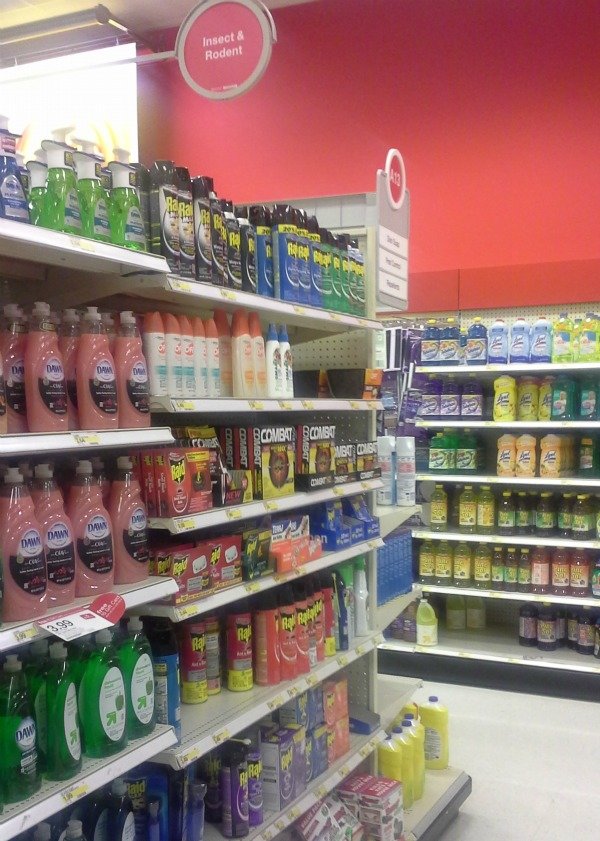 So, I picked up an OFF! Clip-on Mosquito Repellant, a can of Raid for fleas and a can of Raid for wasps (our other little problem that is mainly in the front yard, but still a problem). Benjamin was scared to come out the back door with me (even though he was armed with his Halloween costume that arrived on the day I wanted him to play) and our little pug, Abby, was a little tentative as well. Of course, our boxer, Molly, was running rampant in the yard, catching every flea she could, I’m sure. I finally coaxed them out into the yard with promises of the mosquito repellant working and eventually they made it out the door and into the yard. We had so much fun running and chasing the dogs around that Benjamin asked if we could do it again the next day! 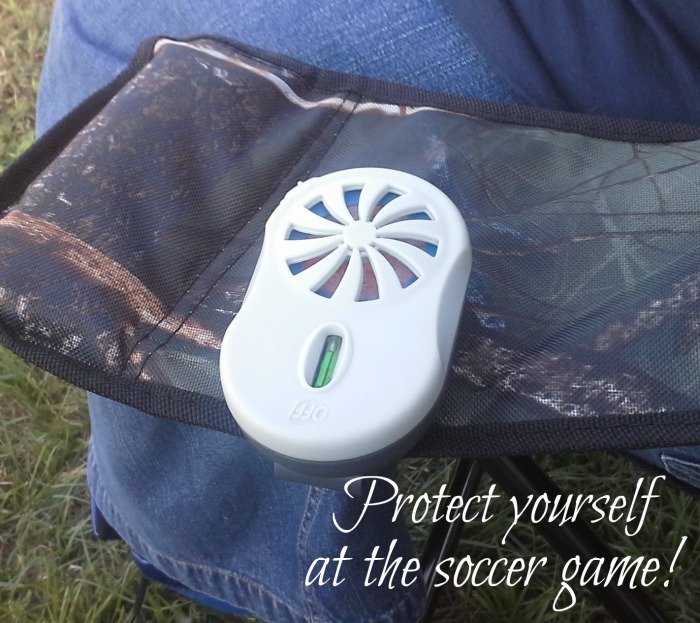 That night, we took the OFF! mosquito repellant fan to the soccer game and clipped it on Howard’s chair and we were the only family watching who wasn’t swatting and scratching throughout the game. I think we’ve found our pest control survival kit.

Now, the upside of “pests” all year round is that there are some bugs that are fun to look at and play with. My boy is a little timid when it comes to bugs so I wanted to encourage him to be a little more “boy-ish” and I made him a bug catcher. Here’s how you can make one, too. 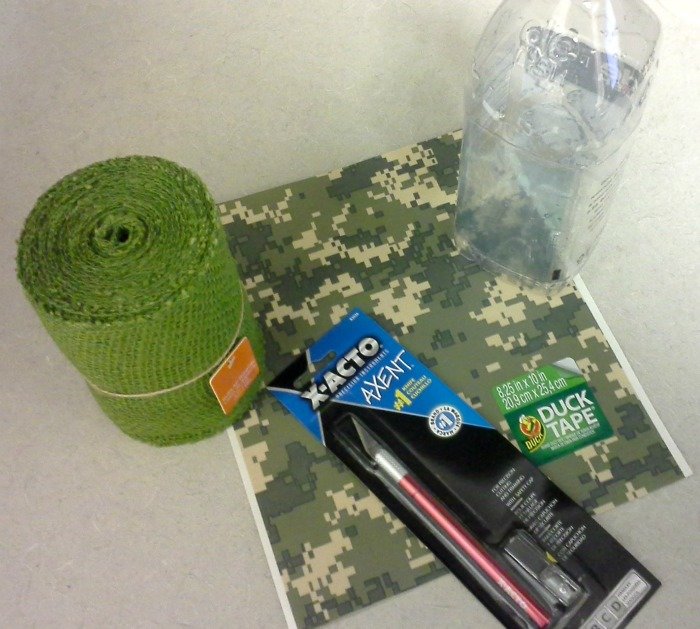 I used a plastic water bottle, some designer Duck Tape, an X-Acto knife, and some crafting mesh. Usually, people will use some type of metal mesh, but I liked the green of this mesh and I don’t have to worry about Benjamin poking his finger with the metal. 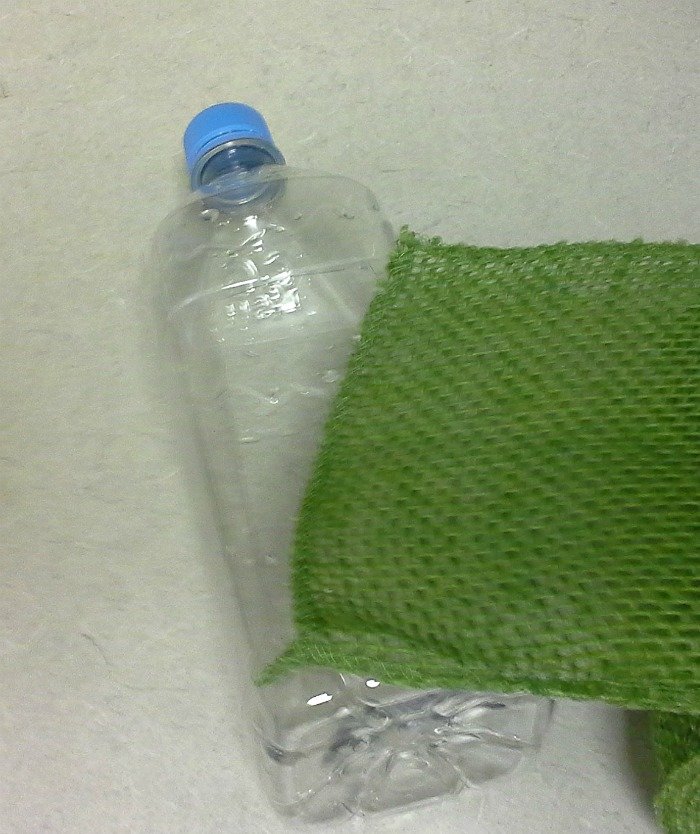 I simply cut a hole in the side of the water bottle and cut a piece of the mesh to fit the hole. 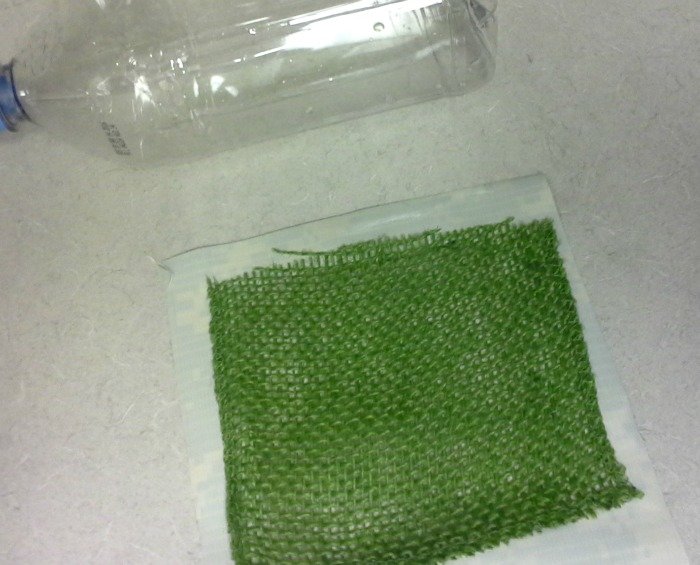 I then cut a square of the Duck Tape larger than the mesh and then cut out the middle in a square. You could also just buy a roll of Duck Tape in whatever color you like and it might be a little easier. I didn’t see any cool colors like camoflauge when I was at the store so I picked up a page of it. Anyway… 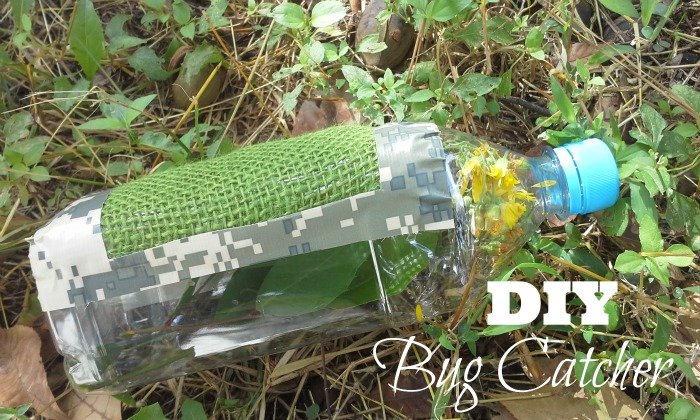 Tape the mesh over the hole in the bottle and voila! There’s your bug catcher. Just fill it with a little grass or leaves and dirt for the bug and then…go on a bug search! I actually saw a really cool grasshopper outside the store when I was there to pick up the stuff for this project, but I didn’t want to be the crazy lady picking up bugs outside of Target. I think I’ll get Benjamin to help me find a good one in our yard this weekend…now that it’s PEST FREE!

What would you put in your Pest Control Survival Kit?