This family game night post, featuring Disney Infinity 2.0 Marvel Superheroes and a peanut butter cookie cake recipe, has been compensated by Collective Bias, Inc. and its advertiser. All opinions, stories, and photos are my own. You all know that we love family game night, so throw in some games and fun snacks and it’s a party! #InfinityHeroes #CollectiveBias 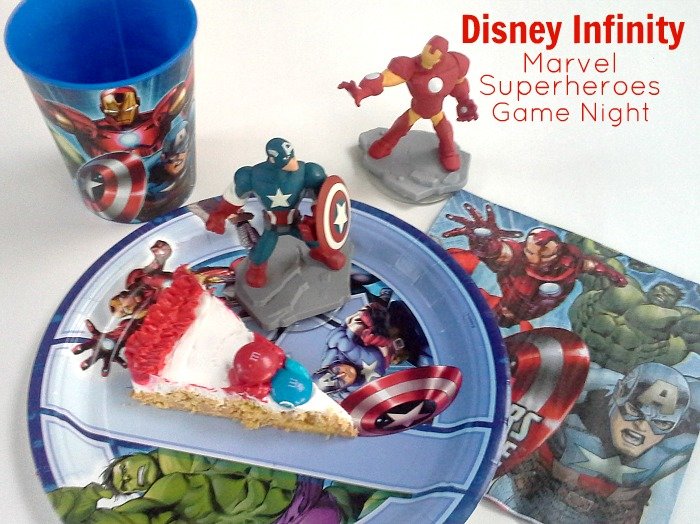 You all know that my boy is a boy’s boy all the way through. He has loved trucks and cars since he was six months old. He has loved superheroes since we first saw Marvel’s Avengers. He has dressed as a superhero for Halloween for the past few years (besides the clown last year, of course). And he is my little superhero every day.

He started First grade this year in the LAUNCH program and he has been rockin’ it out! He loves his homework, has been doing excellent on his progress reports, and he’s just enjoying school altogether. He loves his teacher and he has been getting 100% on his behavior according to the class app, Class Dojo. He has even been improving in conduct from an S to an E (my boy can talk quite a bit so this is a feat in itself)!

Howard and I met with his teacher last week for a regular conference and she showed us some of his testing from the past couple of weeks. It’s the beginning of the year testing that measures where the kids are so they can compare to the end of the year to see improvement. My boy was almost off the charts! He is such a smarty pants and he really tries hard. There were two areas where he needs to improve – vocabulary and handwriting. While all three of us were baffled at the vocabulary score (because he loves to read and has a great vocabulary in “real life”), we all agreed that this kid’s handwriting is atrocious! One of the things that his teacher said made Howard and me giggle. She said that he needs improvement on his fine motor skills and that is rare because of kids who play video games these days. Well…we learned early in the year last year that Benjamin can’t play video games on school nights because he is too tired the next day. We also are so busy on the weekends with sports, activities, and church that he doesn’t really play much on the weekends either. She suggested that we find time to play a FEW video games to help him improve. Wha-what?! 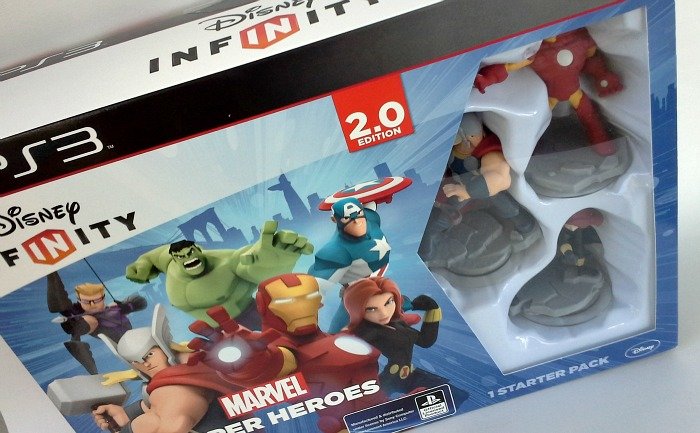 So, knowing that our boy has been doing wonderfully in school, working so hard, and behaving so well, and knowing that the games will actually help him with his fine motor skills, we decided to treat our boy with a family game night with the new Disney Infinity Marvel Superheroes! 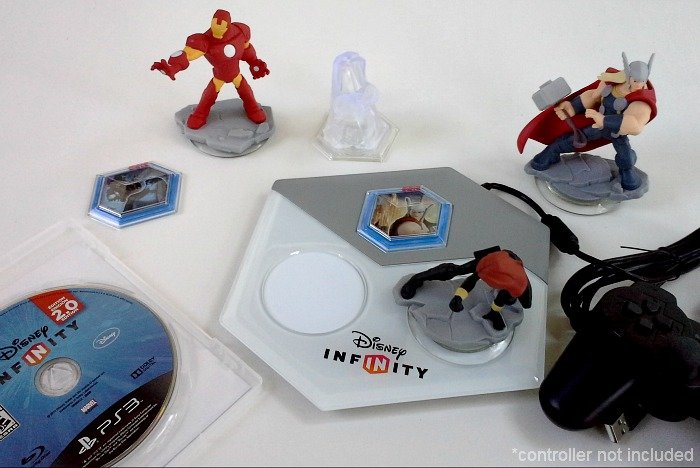 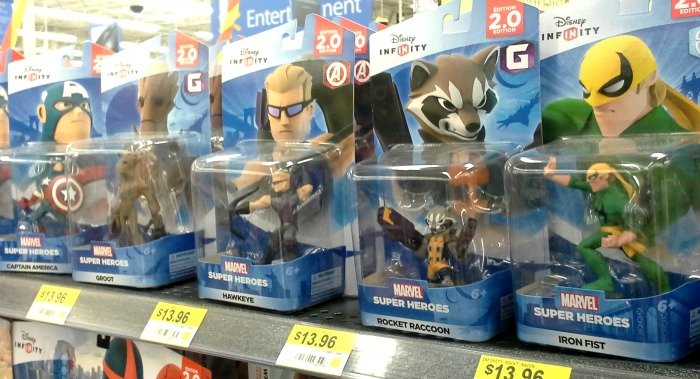 We love all superheroes in my household and what better reason to make a family game night than to celebrate the release of this awesome game! We got the Disney Infinity Marvel Superheroes Starter Pack in the mail and then we had to head out to Walmart to pick up a few more characters. If you aren’t lucky enough to get the starter pack in the mail, head out to Walmart and pick up your own starter pack and receive a $10 Walmart Gift Card from 9/23 – 9/27. 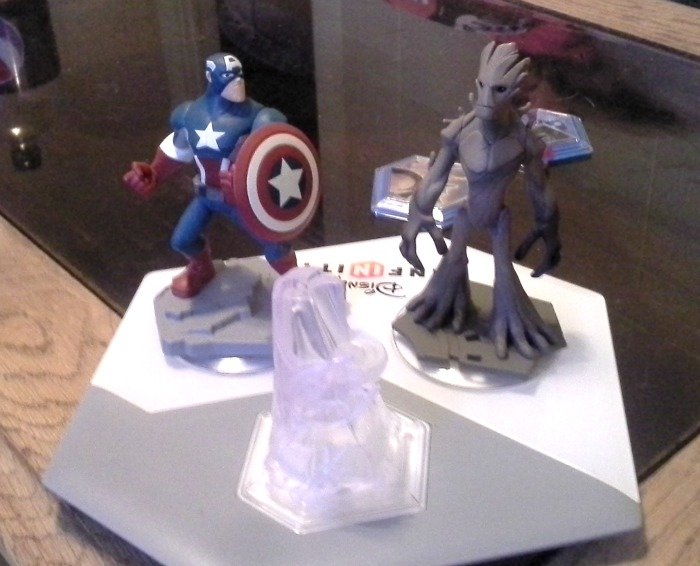 Of course, we needed Captain America (the ultimate superhero, in my opinion) and Benjamin just had to have Groot from Guardians of the Galaxy. There were a few other superheroes on the shelves, but I think we have enough for a good start to our collection. 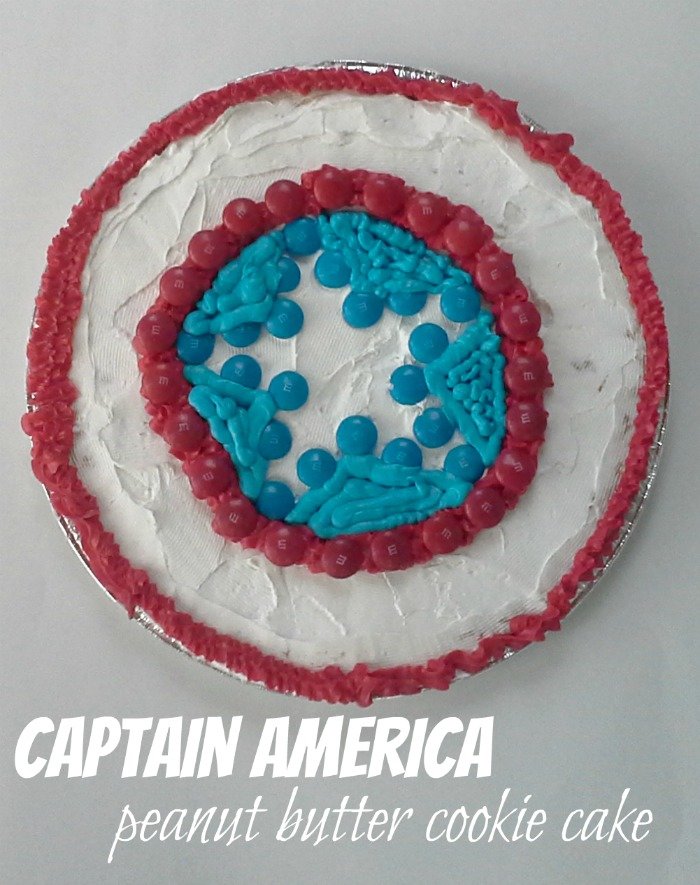 While the boys were playing and getting used to the new superheroes on the game, I was setting up for our special treat for the night. I know, I know…we’re supposed to be eating all healthy and losing weight, but this was a special occasion. I made a peanut butter chip cookie cake and decorated it like the Captain America shield. I had to use red and blue Mega M&M’s because everyone knows that Heroes Eat M&M’s!

I made the lazy girl’s version of the cookie cake and since it was so darn delicious, I thought I would include the recipe here for you all to enjoy. 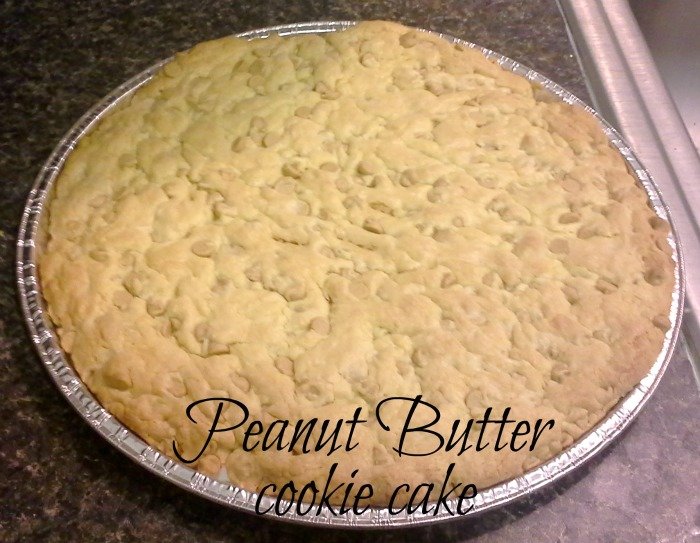 1 box cake mix (use either white or yellow) 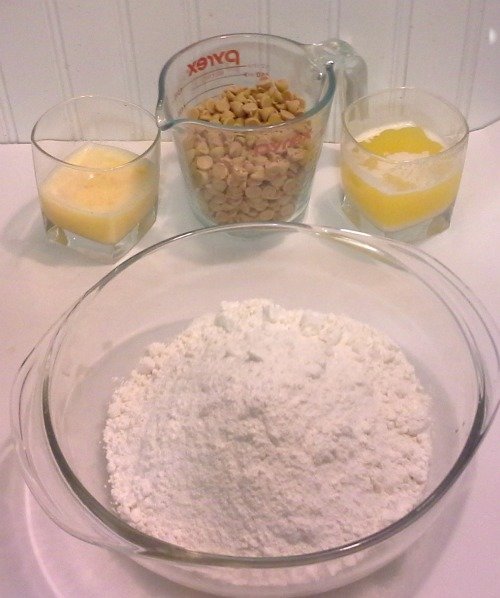 Mix all together in a mixing bowl. Pour into greased pizza pan or 9X13 baking dish.

Now, for more of the family game night action, I just had to show you a couple of videos that I put on Instagram of the boys playing. They had so much fun. There was a lot of laughter. And…superheroes totally RULE!

What else would you include in a family game night featuring Marvel Superheroes?