Fatty Friday is Back {and a General Family Health Update}

Well, folks, it’s been a while since my last update and I figured it’s time to get back in the saddle again! I’m bringing back Fatty Friday and I’m hoping to keep up with it this time. I need the support and I need the accountability and I’ve decided that even if I get on here and just post a two sentence update, at least I’m posting something!

But today is no “two sentence” update because I have a lot to tell you all. I’m going to update you on my little family and our health so you will know what’s been going on with us and maybe get a little glimpse into why I’ve been absent for the past few months. Now, where to begin… 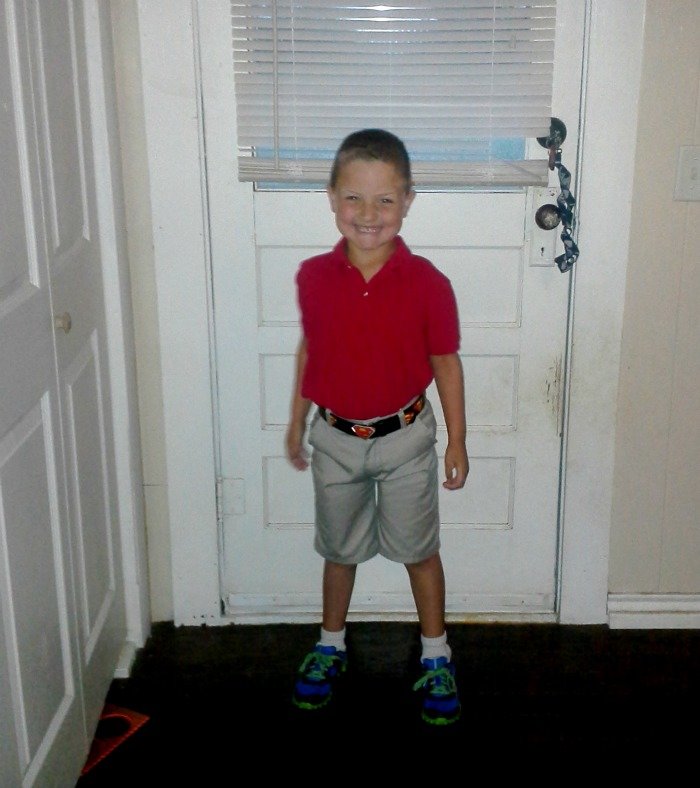 My boy is growing like a weed and I’m loving it! He started the first grade and is in the advanced class called LAUNCH. He tested for it in Kindergarten and ended up being accepted! There were so many kids who qualified that they divided up the group into two classes and he is in the top of the top class. My little smartie pants is loving his new class and last night for homework, he was doing two step math problems. I was a little concerned that it would be too hard for him, but he took right to it and we worked it together. I need to give him more credit because he is a smart, smart boy!

As far as his health, we really need to crack down on feeding him better. The boy is addicted to getting Happy Meals from McDonalds and even though he is more addicted to the football toys that are in the box than the actual meal, that is what he’s been asking for at least twice a week. He doesn’t eat it all and he trades off picking a cheeseburger and chicken nuggets. But, I have noticed a little pudge in his tummy and the size 6 shorts that I bought for the beginning of school are getting a little too tight. It’s time to think about buying pants for him and I think I’m going to order size 7…sigh…

Overall, he’s a healthy boy. He gets lots of activity with soccer, the YMCA, and his play with the boy across the street. He loves to run and kick a soccer ball. He loves to jump on the trampoline, but he also loves to sit in the bed, watch TV, and play on my Trio Tablet. I think I’m going to get him out and start walking soon since the weather should be cooling off. He loves to walk the track or around the block with me so that will be our little bonding time.

My man…bless his heart, literally. A while back (maybe two months?) Howard had a bad cough and he ended up coughing up blood. We went to the doctor and he said it was likely an upper respiratory issue and the blood was from him coughing so much. He was given medicine and sent home, but the cough persisted. We went back to the doctor for another chest x-ray and this time it was a different doctor and he started freaking out on us and telling us that Howard’s heart was enlarged and something else was going on.

You see, Howard has a history of congestive heart failure from when he was 24 and a heavy drinker. When I met him seven years ago, he was just starting to recover and getting back into work from being on disability. He has been “fine” since that time and his EKG’s have been normal. He even got off of several medications in the past few years as we had lost some weight. This time; however, his EKG was not as normal and it showed a Left Bundle Branch Block which in an of itself is not life threatening, but it shows that “something” has shifted and changed in the past nine months. He was put back on his heart medications and referred to a cardiologist.

It’s been a struggle, but we’re working on getting him an Echo and a Stress Test so the cardiologist can see what’s going on in there. He said that all of this could be due to Howard gaining back the weight that he had lost or there could be something more sinister going on. We just have to keep moving forward and see how it goes.

In the meantime, Howard has been developing these infections all over his body and he grew two large ones, one on his face and one on the back of his leg. He had to have surgery on the one on his leg and then ended up staying in the hospital for three days! I have been packing and caring for his wound for three weeks now and it’s healing up nicely. He is now looking into weight loss surgery just so he can break through this weight and start to eat healthy again (he had to get off the appetite suppressants that we take because of his heart and that doesn’t help!). 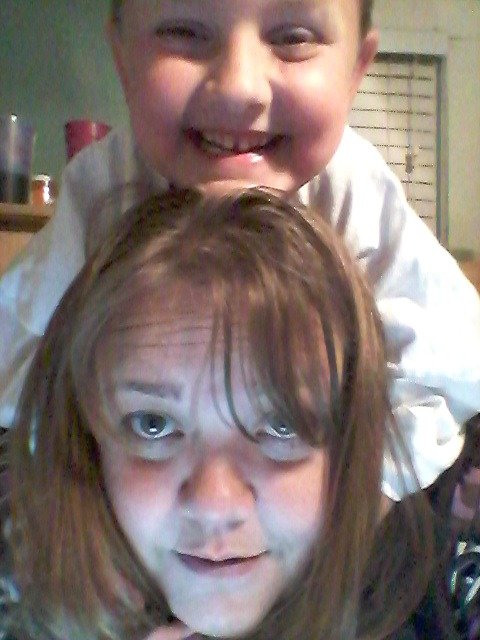 When I work at night, I have a monkey on my back!

I have been hovering between 330 and 335 for months it seems like. I lose weight and then gain it back and then lose it again just to gain it back. I’m currently at 334.0 (as of last night) and that is a 35.8 lb loss from when I started this “new” journey about a year ago. I get really down when I think about the fact that I’ve only lost 35 lbs in one year, but then I think about how much better I typically eat on a regular basis. I may not lose in a week, but at least I’ve eaten salads and lean protein all week so that has to be better! Now, if I could just get my husband to stop bringing home OREOS!

One thing that has changed for me recently is that I’m on blood pressure medicine now. Boo! Hypertension and heart disease runs in my family, but can be controlled with weight loss and eating healthy so this is the main reason why I really have to keep up with these Fatty Friday posts and I really need your support.

Other than that, I feel good. I’m tired often, but I have a plan to take care of that. My sister has started selling Plexus and I’m going to start the “pink drink” soon. She swears by it and I’m hoping to have a “story” soon as well. I’ll definitely keep you all updated when that starts and how it’s going.

So, there you have it, folks…our general family health update…and the “new” beginning of Fatty Friday!

Tell me, how are things with you lately?