I am a member of the Collective Bias® Social Fabric® Community. This shop featuring #JackRyanBluRay has been compensated as part of a social shopper amplification for #CollectiveBias and its advertiser. If you have a dad in your life who is a movie buff, you’re going to want to read this! 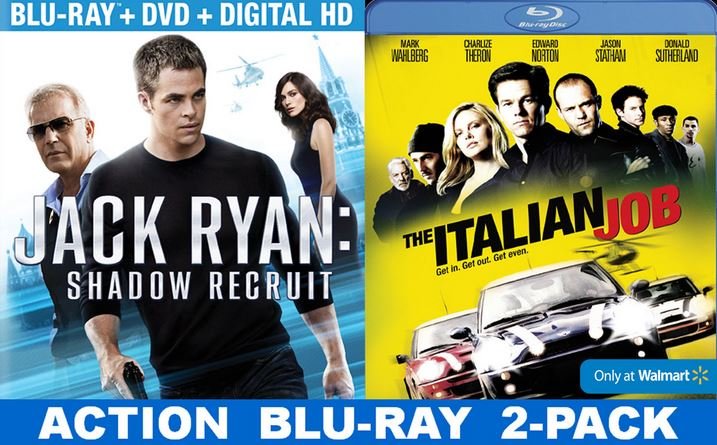 Every year I struggle with what to get for my dad and my husband for Father’s Day. Sometimes my dad can be easier because he loves anything to do with tools and his grandchildren so he either gets a tool or a picture of a grandchild in some form or fashion. But my husband is a different story. He doesn’t have lots of interests and he doesn’t wear ties so that is out, but there is one thing that he loves and that’s movies! He loves all movies, but action movies are his favorite. This year I think I’ve found a great present for him and I’m hoping he isn’t reading this so I don’t ruin the surprise.

Jack Ryan: Shadow Recruit stars Chris Pine, Kevin Costner, Keira Knightley and Kenneth Branagh and is based on the character created by bestselling author Tom Clancy. “Jack Ryan” is a global action thriller set in the present day. This original story follows a young Jack (Chris Pine) as he uncovers a financial terrorist plot. The story follows him from 9/11, through his tour of duty in Afghanistan, which scarred him forever, and into his early days in the Financial Intelligence Unit of the modern CIA where he becomes an analyst.

If you’re still looking for the best Father’s Day gift for the man in your life, and your man is a movie buff, pick up Jack Ryan: Shadow Recruit and The Italian Job for a limited time at a great, low price only at Walmart this Tuesday!

Is there a movie buff dad in your life?

Summer Housekeeping Tips {stop sorting laundry and have some fun}

Dairy Recipes for the Lactose Intolerant with LACTAID® Brand {Giveaway}