This past Saturday, Benjamin and I had a blast at the Palestine YMCA Healthy Kids Day. We ran a mile in a Color Fun Run and he even had the chance to play his favorite game, Gaga Ball! Here are a few highlights from our day! 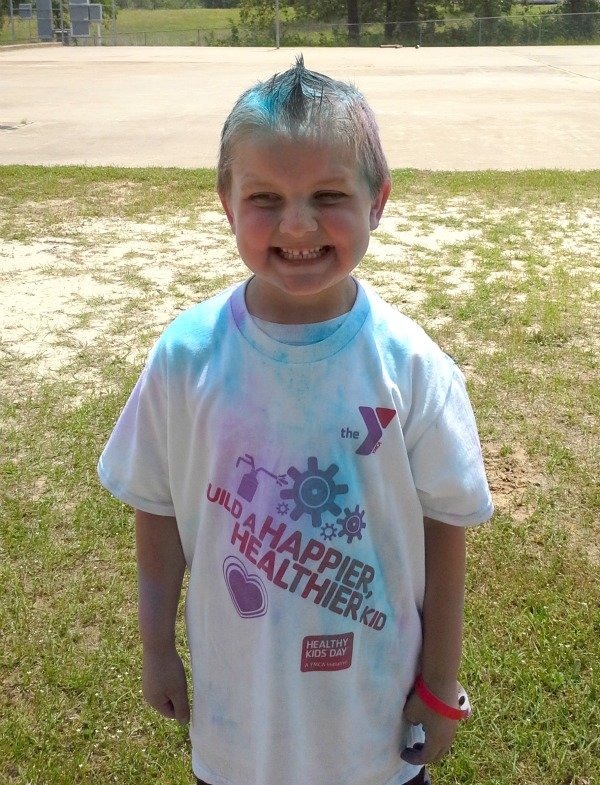 When we first got there, we bought a couple of color packets so we decided to get started on the coloring. We met up with a friend who also had a color packet so we were covered in pink, blue, and purple before even starting! 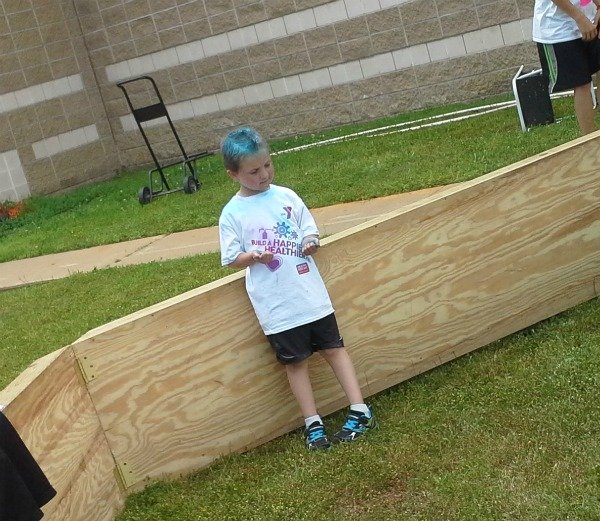 The boy loves to play Gaga Ball in his afterschool program so he was excited to see they were setting it up at the Healthy Kids Day. Take a look at the video below to see how he strategizes to win the first game they played! 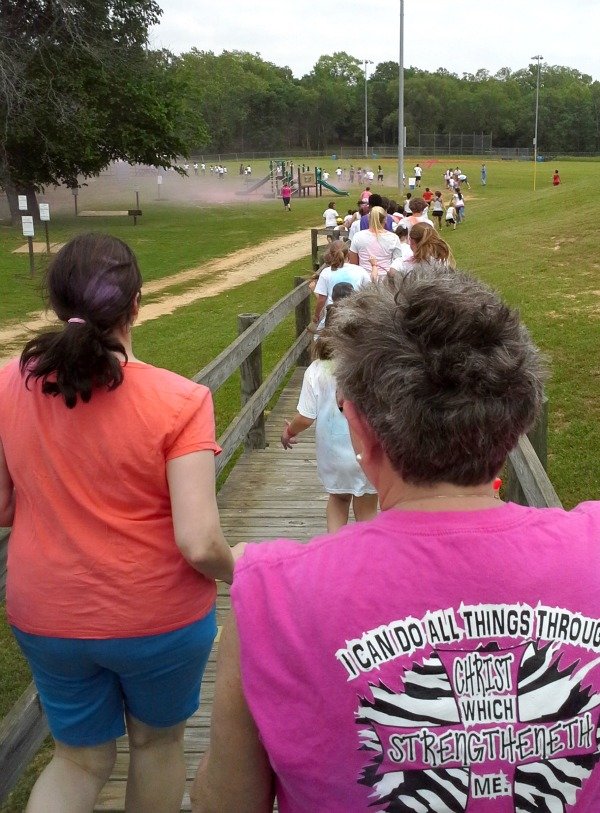 After Gaga Ball, visiting Healthy Kids Day booths, and dancing with the Zumba folks, we were ready to start the run. Benjamin took off and I couldn’t see him for most of the run, but that lady in pink in front of me (a long time friend of my dad’s) walked with me. Her granddaughter kept up with Benjamin for me. 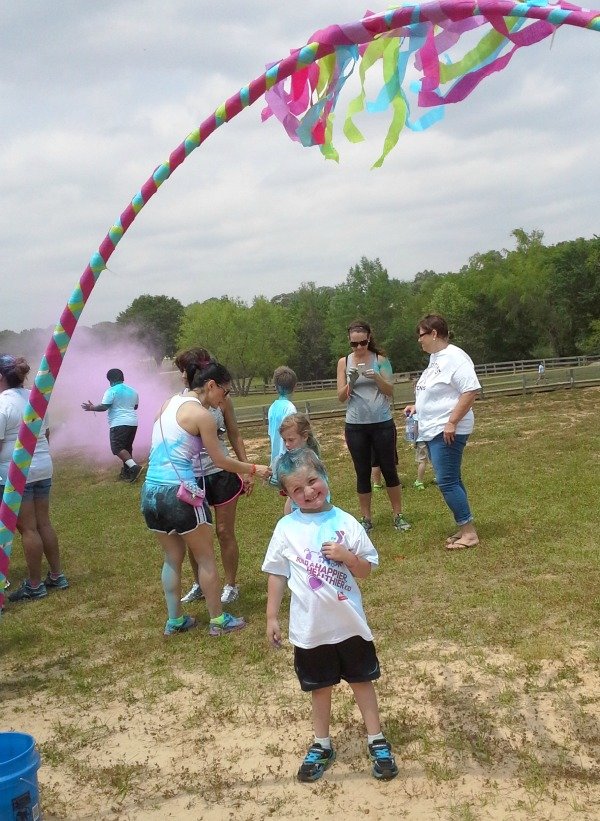 Benjamin waited for me at the finish line and he was all smiles. He said he was “almost first place” – Haha! 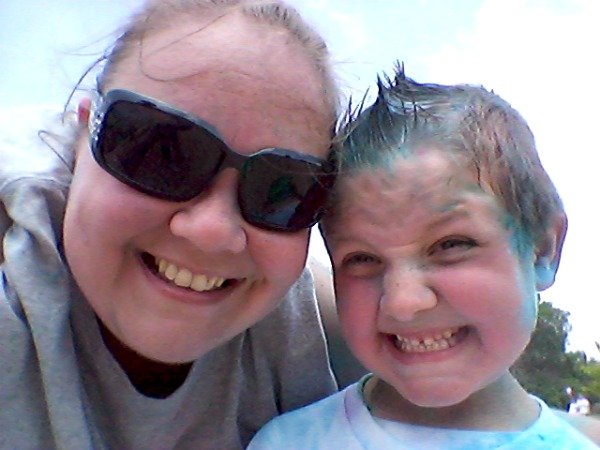 Hot and tired, but still smiling we decided to post a selfie on Instagram of all our colors! 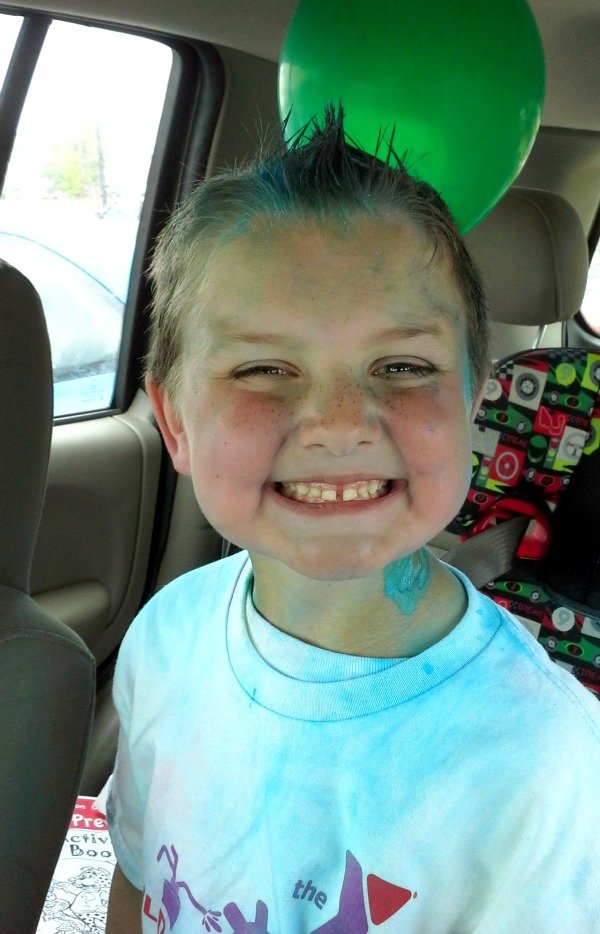 We were supposed to all take a balloon and let it go at the count of 5, but Benjamin is a rebel and wanted to KEEP his balloon. He had a blast at Healthy Kids Day and he still has a little bit of blue in his hair and ear.