5 Reasons I Still Believe in Marriage

This post is part of the Happy Wives Club Blog Tour which I am delighted to be a part of along with hundreds of inspiring bloggers. To learn more and join us, CLICK HERE!

My parents were married for 23ish years. When they got married, they had each been in a previous marriage that didn’t work out. They decided they would never fight, and they didn’t, until one day when they did. And then it was such a big fight that it was the beginning of the end of their marriage. I think it was less than 5 years after I heard their first fight that I heard my mom say she was leaving. Those five years were not great, let me tell you, and I sometimes wish they hadn’t lasted that long.

After their marriage ended, they each eventually met other people and married. My stepmom is the most amazing person I’ve ever met and I love her like crazy. My dad is happy and they are happy together. I think. My mom’s husband (NOT my stepfather) was abusive and weird. And I’m pretty sure he was responsible for my mom getting as sick as she was before she passed away. But…that’s a story for another post.

Seeing what my parents went through really made me rethink marriage. I was 18 when they divorced and up until that time I just knew that I would get married and have children one day. When they divorced, my sister questioned her own family values (eating at the table together as a family, etc) and wondered if she was doing what was right by her own family by modeling it after our parents. This made me think about marriage as a whole and whether I really did believe in marriage. I thought I still wanted to believe, but I didn’t know what a happy marriage would really look like. I could look at my dad’s parents, but I didn’t really know if that was comparable because of the generation gap. But, is there a difference in a successful marriage with that generation gap? Probably not. In any case, I didn’t think about that at the time. I was focused on my own life being turned upside down.

As I mentioned, my sister briefly questioned her marriage after my parents divorced. I actually don’t know how long she questioned herself and her family, but I don’t think it was long before she realized that if her family was working for her, then she just needed to keep doing what she was doing. Besides, she had her Faith on her side and that’s really all you need. She did things the “right” way in God’s eyes and I truly believe that is why her marriage is still on track after 20+ years.

I have a strange gamut of friends, people I’ve met over the past 18 years since I’ve been an adult, and it’s interesting to me how they view marriage.

My friend who loves planes reminded me of a Groucho Marx view of marriage – “Marriage is a wonderful institution, but who wants to live in an institution?”. He’s an eternal realist, he says.

I also have a friend who is standing firmly in grace and teaching me about marriage from a biblical perspective.

And then there are my friends who have long-lasting marriages that just give me hope. I have a love of loving and seeing them love each other in marriage just makes me want to experience everything that marriage has to offer. 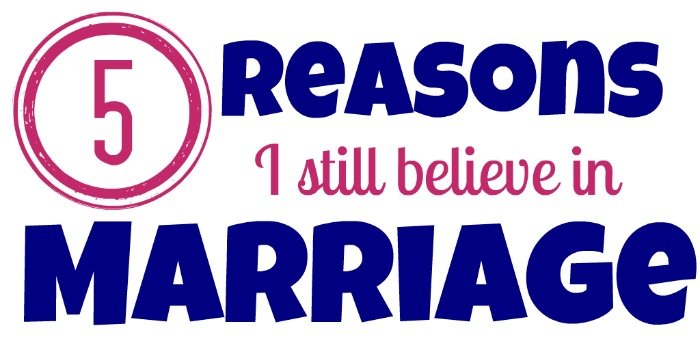 5 Reasons I Still Believe in Marriage

Cliche, I know, but it’s just so true. I would rather go through the trials and tribulations of marriage than to never have experienced the love and joy that marriage has to offer.

2. Life was not meant to be lived alone.

Who wants to go through life alone? Not me!

3. I love a good challenge.

Howard and I definitely have our challenges and we’re in a valley right now. You may have noticed I haven’t been posting about reasons I love my husband lately. We’re having a rough time, but once again…look at #1.

4. We all love a good adventure.

Everyone has a little bit of an adventurous heart. You know you do!

Yep, it’s in the Bible and it’s spelled out very clearly. We are meant to be married and there are specific guidelines about marriage. I’m still learning so I’m not going to make this post any longer by trying to explain. Just know…it’s in there if you need it! 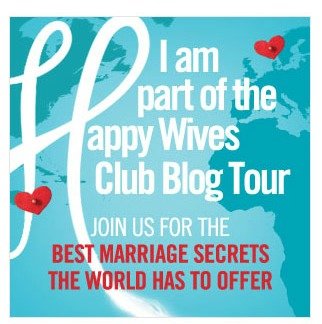 Fawn Weaver, the founder of the Happy Wives Club wrote a book about the best marriage secrets the world has to offer. They say the book is like “Eat, Pray, Love meets The 5 Love Languages.” I say the book is inspiring.

Do you still believe in marriage? Tell me about your experiences!