Fun Times at a Gamer Wedding

New Year’s Eve was quite a new experience for my family this year because Benjamin was asked to dress as Mario in a Gamer Wedding and we had a blast! 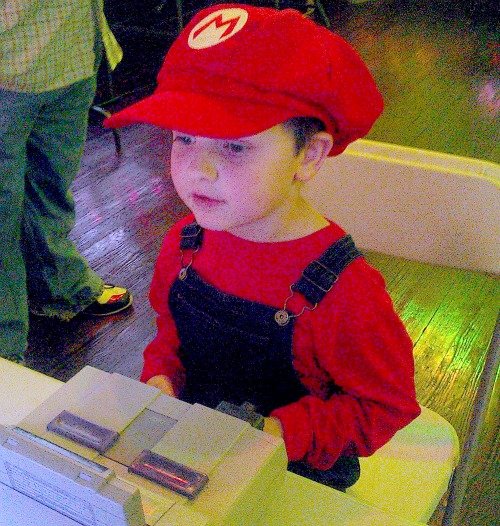 A few years ago when Howard was working at Brookshire’s he made a good friend in Caleb from 2nd Opinion Productions. They worked together in the meat market and then Caleb left to go work at another grocery store. After a year or so, Caleb came back to Brookshire’s and they worked together again. It was that second time at Brookshire’s that Caleb met Dara. Can you say “nerds in love” or “geeks in love”? They are a match made in heaven! On New Year’s Eve, Benjamin was Mario (one of two ring bearers) in their Gamer Wedding. 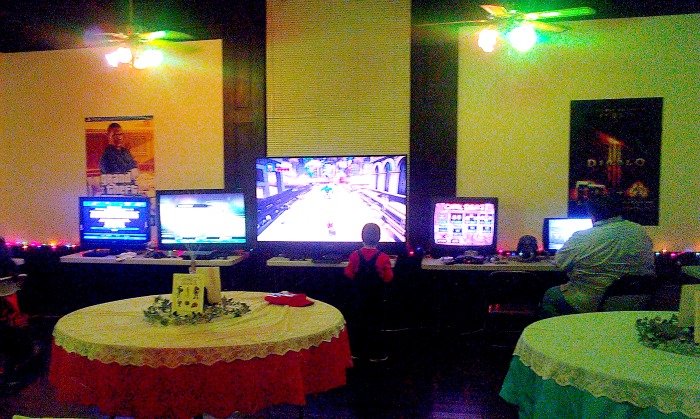 Before the wedding even started, my boys hit the gaming buffet to get in some quality gaming time. Caleb had set up almost every system you could want from the original Nintendo system to the Playstation 4! There were nine systems total, each with its own TV and the older the system, the older the TV. PS4 had the big screen in the middle while the original Nintendo had a black and white tiny TV. 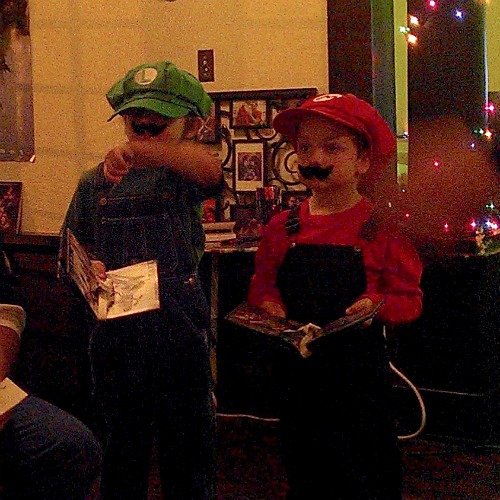 I was so nervous that Benjamin would get stage fright as this was his first wedding and he had to miss rehearsal because it was during the day and I had to work. He was taking his “job” very seriously, though, and he shoo’ed Howard and me away when it was time to line up. I still sat on an aisle seat toward the back so I could be near my boy, but suddenly I just knew that he was going to be okay. Caleb showed him once what to do and he paid very close attention. 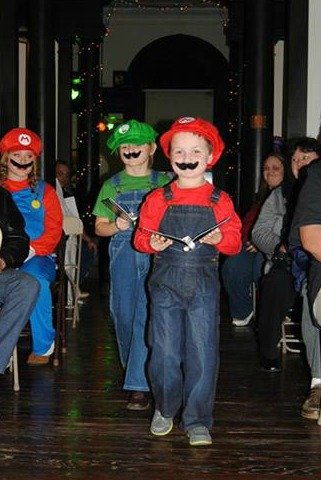 Once it was time, he led Luigi down the aisle (I think they were supposed to be side by side) and he did great! He listened to the entire ceremony and knew exactly when he heard his cue. I could not have been more proud of him and I got to give him a high five on the way back out the door. 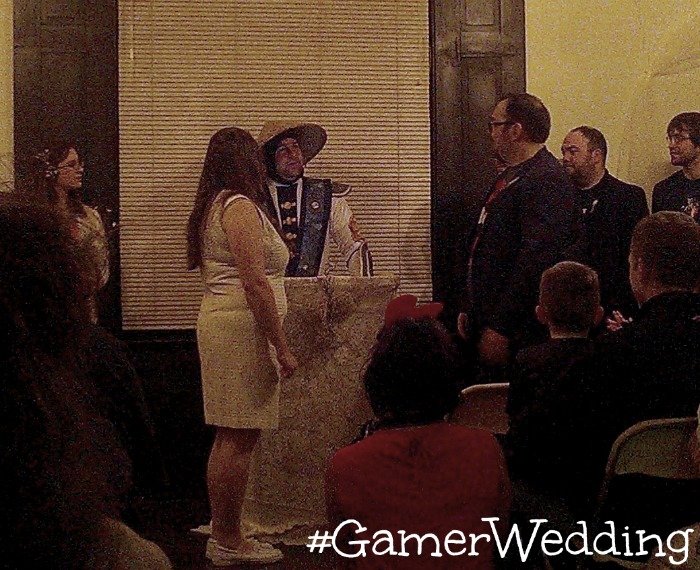 Almost a year ago, Caleb took Dara to the Empire State building and proposed to her. She promptly punched him in the stomach and then said “yes”. She was upset with him because he had said he spent the money on something else, but actually bought the ring to surprise her. He told this story during their vows along with the story of how they met and how she thought he was loud and obnoxious. She simply responded with “You were loud and obnoxious then. You’re loud and obnoxious now. But I love you”. This is the happy (weird) couple and I know the photo is terrible, but I snapped this quickly during their vows. Such a fun couple! 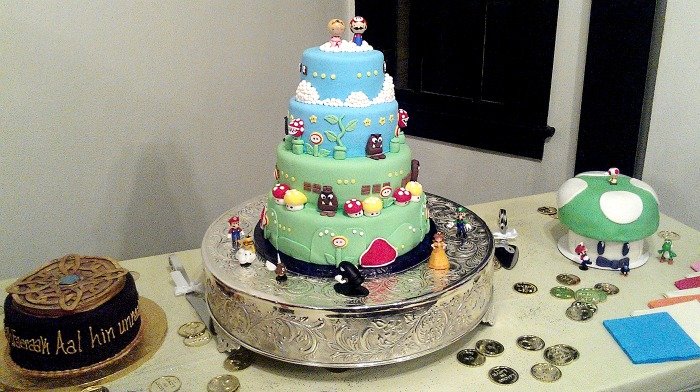 After the ceremony (officiated by the God of Thunder) we celebrated with the newlyweds with a Mario-inspired cake and a groom’s cake with Dragon Speak on it. We played more video games and enjoyed all the costumes that people wore. They had a candy bar for party favors with mustache party bags. It was a fun party, a fun wedding, and Benjamin declared that it was the most fun wedding ever!

For New Year’s, we watched the ball drop on TV (at home) at 11pm so that Benjamin could go to sleep and then Howard and I watched the Moon Pie drop in Mobile, Alabama. It as quite the sight to see.

Have you ever seen a Gamer Wedding? 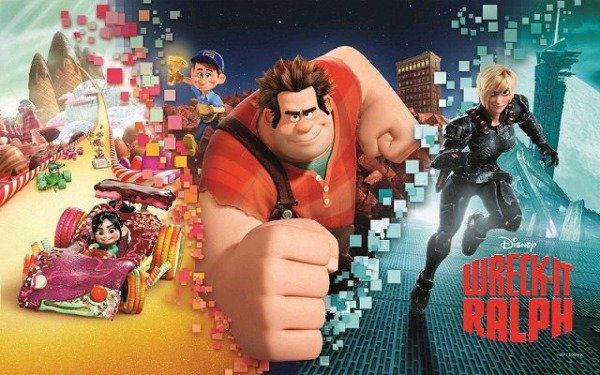 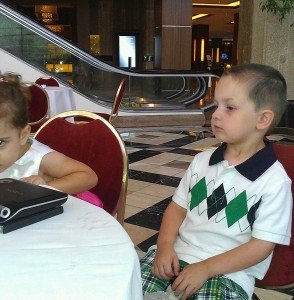 Jump for Joy {Dancing with a Princess}