Parenting an active child at 369.8 lbs. is tough for many reasons, but I am changing these reasons with each new day. 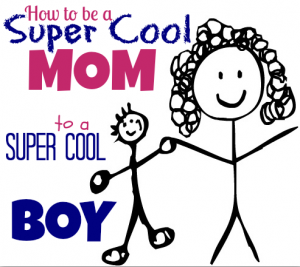 This weekend was the beginning of my boy’s soccer season, his first, and he was thrilled. He has been to two practices and while things started out rocky, he is getting the hang of it quickly.

Howard and I are large people. We are not active. When I posted last week that I am 369.8 lbs (and losing), I think it’s pretty obvious that we live a sedentary life. I work in an office so I sit at a computer all day. At night, I do my blog work so again, I’m sitting at a computer. We try to keep our boy active, but there are times that we beg him to watch a movie or tell him that he needs to relax to prepare for something coming up.

Despite our desire to be sedentary, we have a stronger desire to keep our boy active and involved in sports. He has played t-ball two seasons and basketball one season. We missed the sign-ups for him to play soccer last year, but we got in this year.

Howard is not a huge fan of soccer so this sport is new to us all. I have a niece who has played from 4 years old and is 16 now. She wants to go professional and is headed in the right direction. That is the extent of our knowledge of soccer.

So when the coach asked Benjamin to kick the ball while running backwards, he stopped and was almost in tears. 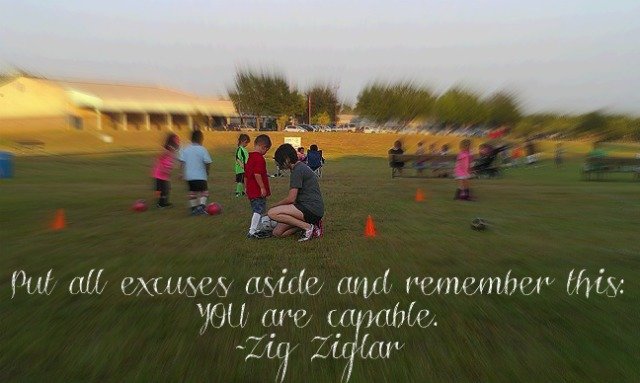 You see, Benjamin likes to do things right. He isn’t particularly great at sports. He runs slow and he smiles so much from having fun that he can’t concentrate on the game. But he likes to be perfect at what he does. And if he doesn’t know how, he doesn’t want to try.

I can relate to this with my weight loss.

Howard and I have tried diets and “eating right”, but we always would cheat or fall off the wagon. Once we headed downhill, we felt as though we failed and let others down so we would just let go. Just like Benjamin with tears in his eyes would give up, we were giving up on ourselves.

Parenting an Active Child at 369.8 lbs

Now that I am 369.8 lbs., I physically cannot help my boy learn sports. If I were to run with him or try to teach him to kick, I would be out of breath and sweating profusely. As it is now, just walking from the car to the soccer field gets me out of breath. Benjamin gets out of the car and runs to the field and is there long before Howard and me. It’s not fair to him and we are making the changes now.

We will conquer this weight, once and for all!

As I mentioned, this past Saturday was our first real game and Benjamin played his heart out. He had instant fans in some of the other parents and family members. And he had so much fun!

Howard and I were on Day Two of our new eating plan and we were having a rough time.

You see, being 369.8 lbs. there is not a fold-up chair that I can carry out to the field so I can sit with the other parents. I had to stand. Even during practices, Howard and I try to catch a bench, but we have to sit on either ends because we are afraid to sit in the middle and break it. We are ordering larger chairs so we don’t have to stand during every game, but for now, it is difficult. We were both drenched in sweat, aching from head to toe (literally), and counting the minutes rather than enjoying the game like everyone else.

I am so glad that things are changing.

As I’m writing this on Day Three (in the evening), I am already feeling better and I know that by next weekend we will both feel better at the game. I know we are making the right changes and I have some regrets for not making them sooner. I know we can’t give up because this beginning part is always the hardest, but it gets easier with each day.

Are you parenting an active child and struggling with your own vice? Let’s talk about it in the comments.