Chicken is a Bad Word 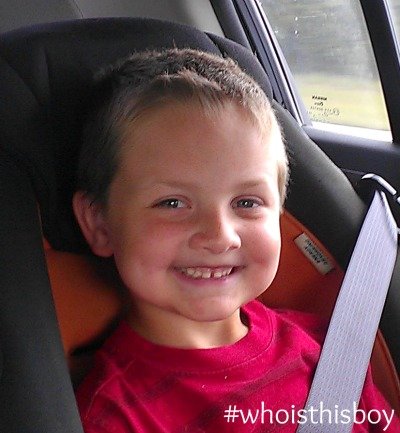 Did you know that chicken is a bad word? Well, not really, but in my house last night it became a bad word that should not be said again!
See that innocent face over there –>
Yeah, well, he’s not always so sweet and smiling and innocent. He can be a pill at times and although it used to be just at home, it apparently is filtering over into afterschool, the school bus, and I really hope not actual Kindergarten.
A while back our boy started getting a little smart mouth on him. At first, it was silly and Hubby and I have sarcastic personalities so it was slightly understandable. We tried to teach him about appropriate times and when to stop.
But, he is 5.
When he started saying “What the…?” I was just happy not to hear “What the hell?”. He wouldn’t say anything after “the..”. One day he was saying “What the hotdog?” and “What the chicken?” and we thought it was clever. We still, again, tried to teach him about boundaries and appropriate times and so on.
Lately; however, everything has been “chicken”.
What does he want for dinner? Chicken.
What does he want to take in his lunchbox? Chicken.
What movie does he want to watch? Chicken.
Chicken progressed to “chicken booty” and “chicken butt”. We’ve already had to work on too much “butt” around the house so we knew where this was heading.
Last night at the laundromat (our new hangout…ugh) Hubby and I both found ourselves punishing our boy for saying “chicken” too many times.
Stop hanging on the soap dispenser. Chicken.
Don’t kick Daddy. Chicken.
You will be grounded from TV. Chicken.

So, there you have it. Now Chicken is a bad word in our home. Ugh!

How would you handle this type of behavior?