I’m not proud. I’m not ashamed.

I’m sad about it. I have nobody to blame but myself.

But I’m changing that, effective today! 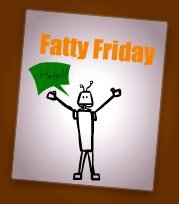 I’ve told my story of the struggle with weight loss on the blog before when I used to blog on Fatty Friday, but I’ll tell it again and again just to reach as many people as possible.

I’ve struggled with weight basically all of my life. I was a slender child until preteen years. I was never “skinny” but I wasn’t overweight at 5 years old. I don’t know when I started to get chubby, but by the time I was in Junior High, I was bigger than most of my friends. I gained until my mom put my sister and me on a diet. She would control our portions and count our calories. She gave us options and we did fairly well. I don’t know why we stopped, but at some point we were not eating healthy any longer and I got bigger again.

In my Senior year of High School, I was working two jobs and going to school. I never ate and I became the smallest I had ever been. I still never saw myself as “skinny” but I knew I had lost weight. I remember the day that I figured out that I could cross my legs under the school desk and I was thrilled!

I still thought of myself as big and didn’t value myself at all. I took risks with my body that I might not ever talk about on this blog…maybe… I heard someone say recently that if I could be as “big” as I was back then when I thought I was “big”, I would be happy with my weight.

It’s probably not true because I would still see myself different, but it is a funny thought.

In college, I started gaining and never really stopped.

At one point I went to Weight Watchers and I was probably approaching 275 lbs. I lost 60 lbs. and found a boyfriend, only to gain it all back while dating him. Then he left, not because I gained, but because we weren’t right for each other.

Eventually, I met my husband and we like to eat…a lot.

I like to go out to eat and I like to have dessert after every meal. He just likes to eat. We ate and ate and had a baby and continued to eat.

In May 2010, we broke down and our pastor sent us to Healthy Figures to turn our lives around. We were new Christians. We had a Life Group. We were attending church regularly. Life was VERY good!

Howard hit a plateau and I hit a depression. We were told to take 3 cheat days and then restart our metabolism and get back on the wagon. We did that…every week.

We would go to Healthy Figures on Thursday and then go around the corner to the mexican buffet. We would gorge on mexican food and be miserable. On Friday, we would eat our old normal and not get back on track. Since we ate on Thursday and Friday, we decided Saturday was a good cheat day and then Sunday was lunch at church (there weren’t always good options there, but that’s not a good excuse) and then dinner at my dad’s house. My dad would cook healthy options for us, but we wanted the junk so we ate it. On Monday, we were back on track.

I would like to say this worked for a short time, but it really didn’t. We would lose one week, but gain the next. We would stay the same and say we had no idea why it wasn’t working. We were lying to Healthy Figures and especially to ourselves. We were sabotaging ourselves and our bodies.

After the holidays, we tried to restart the program a few times, but we never put our hearts back into it. We had car problems (no A/C for an hour drive was our only “valid” excuse) and then we had money problems and then we just flat out had motivation problems. 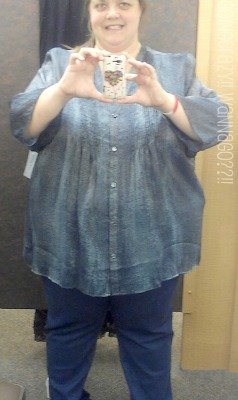 Here’s where we turn it around. We went back to Healthy Figures last night. We sucked it up, took our lumps, and we are back on track. We are investing our time and money into our health and we are going to feel better!

In the next few days/weeks I am going to try my best to talk about what it feels like to be 369.8 lbs. before I forget. I don’t want to forget the pain, the uncomfortable feelings, the misery that I am feeling at this moment. I want to remember every single ache, pain, embarassing moment, and emotional breakdown so I don’t let myself get back to this.

I want to feel better, be a better Mommy to Benjamin, be a better wife to Howard, and most importantly…be a better child to God because He is the only one who can get me through this. He knows where I’ve been, where I am, and where I’m going. I trust Him to get me through this and I trust those of you who are reading this not to judge, but to lift me up and cheer me on!

Are you struggling with weight or something else that is weighing you down? Let’s talk about it in the comments. Let’s support one another!