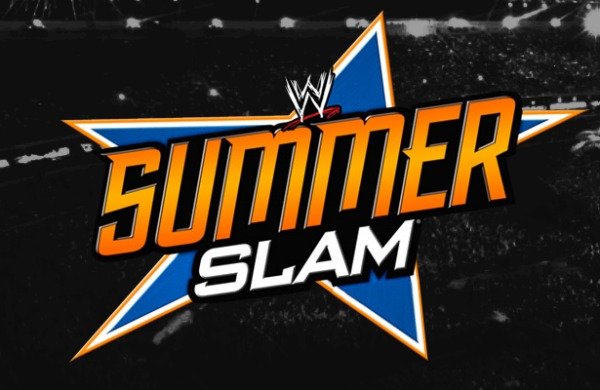 Woot! It’s time for another WWE Pay-per-view and this one (as I’m learning) is as HUGE as Wrestlemania! It’s WWE SummerSlam and we are gearing up for another night of Family Fun!

John Cena vs. Daniel Bryan – My boys are really looking forward to this match because they like John Cena and love to see Daniel Bryan fly around the ring. I’m excited about this one because I think no matter who wins that Randy Orton is going to cash in his Money in the Bank and become the WWE Champion. We’ll see!

CM Punk vs. Brock Lesnar (aka The Best vs. The Beast) – This one promises to be a big one because Brock Lesnar has always wanted to pulverize CM Punk and Paul Heyman has kept him at bay. Now that Heyman has flipped on CM Punk, things could get ugly. I predict some Heyman shenanigans and CM Punk dominating most of the match because he is, after all, The BEST!

AJ Lee and Big E. Langston vs. Kaitlyn and Dolph Ziggler – This one is going to be so much fun! I love to watch AJ Lee and Kaitlyn wrestle because they hate each other so much. Kaitlyn is amazingly skilled, but AJ has that spider move that she has perfected with her little bitty body. I don’t know what to think about Big E. and Dolph. I know they have a great feud and a new rivalry, but I just can’t picture who will win. If I had it my way (and I think my boys would agree) then Ziggler would dominate, Kaitlyn would kick butt, and that would put Big E. and AJ in their place…for the moment.

Damien Sandow vs. Cody Rhodes – This one is likely my least favorite match because it’s just a little boring. I would like to see Cody Rhodes dominate because Sandow did him wrong during MITB, but I’m just a little “blah” about the whole feud. I’ll probably get into it a little more once it’s on, but you might just see me tweeting a little more during this one because I’ll be easily distracted.

To find out more about SummerSlam and the line-up, check out the SummerSlam press conference TODAY at 2pm ET. 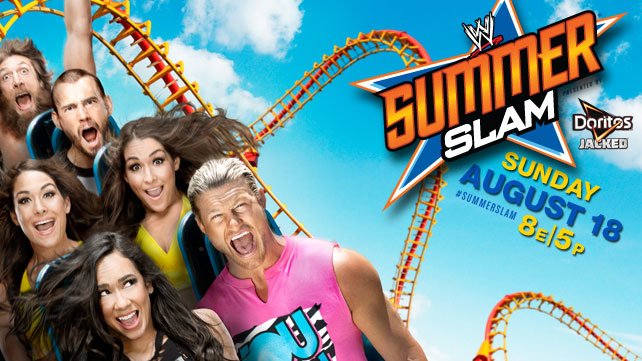 It just wouldn’t be a big event rivaling Wrestlemania without some special events and the Superstars are not disappointing us this week! Here’s a line-up of (some) of the social good they will be doing this week!

August 14 – The Miz will be joined by Divas Champion AJ Lee and WWE Legend Eve at the Mattel Children’s Hospital for some visits with the children. I know the children will love to see some of their favorite Superstars in person and who better than the Miz. He’s like a big kid himself!

August 15 – Be a STAR Anti-Bullying Rallies

To find out more about the events this week for SummerSlam, check out the SummerSlam events calendar on WWE.com.

Join @WWEmoms as we talk about the most anticipated match-ups since WrestleMania and all the other great activities at this year’s SummerSlam in Los Angeles, CA!

Why: Join us as we talk about WWE Summer Slam

*You must RSVP in order to be eligible to win prizes*

Will you be watching WWE Summer Slam?

Her Boyfriend Died and I Didn’t Know What to Do