Why I’m Proud of That Crazy Man I Love

Sometimes things happen in our lives and we don’t know how we will react. This week I have a lot to be proud of with that crazy man I love.

A couple of days ago, I was on the road for work and barely heard from Hubby while he was also at work. This is unusual because he is usually texting me on his break and checking in with me. He was quiet and I sensed something wasn’t right.

I drove and drove for 4 hours, had a meeting for an hour, and then drove back another 4 hours and was finally home. I needed to pick up our boy from Papa’s house, but Hubby wanted to go along (he was texting by then because he got a ride home from work and wanted to see when I would be home).

When I picked up Hubby at home, he sat in the car and said, “I got written up today”. GRRRRR!!! So, you know I can’t really talk about the specifics or anything with his work, but it turns out that the write-up was not exactly legitimate and there may be some people who are trying to sabotage him because he is a hard worker, he is a *ahem* loud mouth, and because he knows what he is doing. He should be the manager, for goodness sake!

Well, here’s where I can be proud of my man and why I’m writing all of this right now. He stood his ground, did not fly off the handle (i.e. scream and rant and rave), and just made his points as they tried to take him down. He pointed out that sales have steadily increased since he began working there 5 years ago and only recently have decreased and how his customers know, love, and trust him. That’s just the tip of the iceberg, but it makes me so proud to see him following through on some of the things he has been working on.

Hubby has been reading a bible study on anger and temper (and I think maybe patience, I’m not sure) and I have seen a difference in him. I am a proud wife! 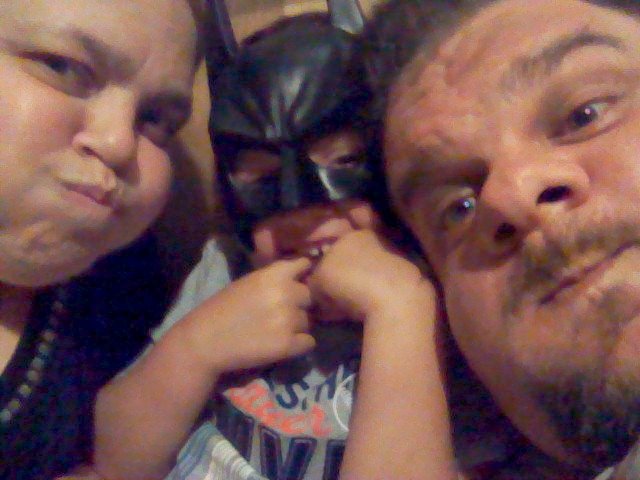 66. He will tell you that he works for God, his family, and his customers. In that order. Everything and everyone else is lower on his priority list.

67. He stands up for himself when it is necessary and is learning to hold his tongue when it is not. This is big for him because he is constantly on the defensive.

68. He plays hard and works hard. He teaches our boy these same values.

69. He makes me proud. It hasn’t always been that way, but now it is…and now I am bragging him up as much as I can!

70. He is loyal. Period. To me, to his family, to his store, to his Lord, to everything and everyone who deserves it (and sometimes to those who don’t).