For an extreme introvert like me, making friends, putting myself “out there”, and being in large social event situations can be terrifying. However, sometimes those quiet wallflower moments can lead to the most perfect memories and the real personal connections that I cherish most.

Disclosure: I don’t know if I need to disclose so I’ll just say this. I was not asked to write about SoFabCon or Collective Bias. I chose to write this post. Having said that, I worked for one month as a community greeter for Collective Bias in order to earn a free conference ticket for SoFabCon.

At the beginning of May, I went to SoFabCon in Northwest Arkansas in hopes of meeting and spending a lot of time with some close friends I have made online. Sure, I was going to network and learn how to be a better blogger, but secretly, I wanted to hang with some girls I have told some of my deepest dark secrets to in private messages on Facebook.

Online, I belong. I am hilarious and friendly and outgoing and opinionated. I have emotions about things going on in the world. I’m heard (or read?) and people respect what I have to say (most of the time).  Basically, you all love me (or at least like me a lot)!

Once I arrived at SoFabCon, I learned that my introvert personality had stowed away in my suitcase with my size 30W clothes and my worn out silver, sequined shoes (that I wear every single day). I had brought some cute clothes, but suddenly I was not brave enough to wear them or at least not brave enough to stand up confidently and carry myself like I knew I could (and should).

I made it through the cocktail party by connecting with a few familiar faces and thankfully I was encouraged by Brandi from The Creative Princess to find Kim and meet my new “boss”, Lauren.

{Oh yeah, I haven’t really told you all here, but I’ve been assigned my first Campaign Leader job with Collective Bias! That was totally one of my dreams and I was given the good news just before I left for SoFabCon. It was definitely a plus that I got to meet Lauren in person during the conference. It’s so much easier to talk to her on the phone and through email now that I know her.}

During March, I attended Blissdom and I haven’t fully written about my experiences there yet, but one of the things that I wish I had done while I was there was connect with people who were conversing on Twitter. I decided that for SoFabCon I would not have that regret.

There were two people that I knew I wanted to meet while at SoFabCon that I also knew would be the hardest for me to approach. I don’t typically get “star-struck” by famous people {except I would totally love to have a personal connection with Jon Bon Jovi sometime} but I knew these two people were going to be in high demand.

I have come to know these two online and watch their words carefully because each of them seems genuine in their own way. I never see an agenda behind their words and I can’t imagine some negative ulterior motive coming from either of them.

Ted Rubin, Chief Social Marketing Officer for Collective Bias, is who I would consider my polar opposite in that he is social (to his core). I’ll post in the next few days about this session about Twitter and why he had us skipping in the hallway of the convention center. Courtney Velasquez, Vice President of Community Relations for Collective Bias, seems like she is all heart and thoughtfulness and caring and loving, all bundled into this beautiful, strong woman with the best bangs ever.

During the first evening and part of the first day of the conference, I would see them in the hallways and smile. I think I may have waved at Courtney, not knowing if she knew who I was.

During one of the sessions, I finally tweeted to them both. You see, I have found that if there is something that I think I really want, but I’m too timid to do it on my own, then I can sometimes push myself over the “ledge” by throwing it out into the universe. When I wanted to go to Graduate School and I wasn’t sure if I could handle it or if I would follow through, I forced myself to send in the application and put money down so that I felt obligated (to myself) to follow through.

Once that tweet was out there, I knew I couldn’t hide from myself, Courtney, or Ted and I would get that picture. I know it seems a little silly or “chicken”, but hey, they are both social media people, they get it! And they did…they got it…and they found me in the hall together for a picture!

And just so I don’t feel completely weird about tweeting to Courtney and Ted for a pic, I’ll let you know that this is how I ended up meeting up with Courtney from My Crazy Savings as well. She tweeted me during one of the keynotes that we needed to meet in person…and so we did!

Personal Connections even during shy times

I don’t have pictures of the last few personal connections that I made during SoFabCon and these are the coolest ones. These were times when I was at my shyest, trying to be a wallflower or outcast myself from the overwhelming social event that was going on around me. These were times when I wasn’t trying, but people approached me (in a way) and I made a small connection. These are what happens to ME when I’m just being me.

The three days of SoFabCon all run together for me and as much as I would like to say that this happened on Friday afternoon or Saturday during the day or whatever, the truth is I have no clue. I’m pretty sure that this first one happened on Saturday, probably during mid-day, but really who knows.

After having visited the brand salons a few times, talked to a few friends, attended sessions and keynotes and taken lots of notes, I found a moment in the day when there was a downtime. I took this opportunity to sneak outside for a cigarette in the cold air. I was alone this particular time and that was okay with me, even though I’m not usually one who likes to smoke alone. I didn’t seek out any others to join me because they were either too busy or I was too ready to be quiet for a few minutes.

Just after I stepped outside, Amy stepped out with me. I was having trouble with my lighter and she offered hers and we talked. She told me about how one year prior she was planning for her wedding day (the following day) and the temperature was in the 90’s. Her wedding was outside and she was worried that some of her family members wouldn’t like the heat. The reason this particular story came up was because we were standing outside, freezing, and looking at the snow that had fallen the past two nights in a row. (see, this is why I think it was Saturday)

I didn’t feel pressured to talk about my blog or my life or my business goals or my future with Collective Bias. We were just talking about weddings and weather and smiling about the irony of it all. We both agreed that overly warm and sunny makes for a better wedding day than cold, rainy, and snowy weather.

As we both headed back in, she thanked me for being outside because she doesn’t like to be out there alone. THAT is what I mean by personal connections that are memories for me.

Now, I could tell you that I made a personal connection with John Andrews, CEO of Collective Bias, during the cocktail party when he told me and a few others about the time he was flying and the plane cabin depressurized. Yeah, he told us all about how the masks fall down and he had to learn to breathe in it and then he just went back to reading his magazine… But, that was just a group of people and I just happened to be standing there as he was talking to all of us.

I was outside, again, smoking with a friend this time, when Jon came out to smoke as well. I have talked to Jon a little in the Social Fabric forum (the forum for all of the employees and bloggers who work for and with Collective Bias) but it has mainly been about campaigns and giving feedback on sales ideas. When he came out to smoke with us and started talking, I learned quickly that he is the most down-to-earth man.

Jon talked to us a little about his marriage and his work experience, but then he started telling us a story about how he explains to companies what Collective Bias really does. That story is a whole other post, maybe I can even get him to write it for my blog (or start his own already!), but it is a great story and involves Gorilla Tape, which is apparently really great tape for attaching your child to your bumper.

Anyway, his way of explaining sales and what bloggers do is so refreshing and exciting and I felt like I had to talk to him more about some ideas that I had. So…I blurted it all out. He loved the ideas (and so did my friend who was out there) and we started talking about it even more. He and I traded cards and I emailed him more of the ideas when I came back from SoFabCon.

Yes, this personal connection turned into business and blogging, but it didn’t feel pressured. It was us talking about our families and what we do to tell stories. I tell stories for you all on the blog. He tells stories to potential clients to introduce the stories we tell on the blog. It was real and authentic and that is what WE (Collective Bias, bloggers in general) are all about!

Personal Connections mean more to me

I didn’t come home with tons of business cards and phone numbers of my friends. I didn’t come home with plans of meeting all the girls again soon for a happy hour. I only met a handful of people that I didn’t already “know” from talking to them online. But, at SoFabCon, I learned a lot, I had fun, I pushed my own limits just a little, and I made the personal connections that really mean the most to me.

Because this post is reaching 1800 words and if you made it this far, I totally love you for it, I am going to stop there. I haven’t even started on talking about Brandi from Mama Knows It All…and so many more ladies who may just deserve their own post.

How to Make Life Easier for Mom (and Dad) 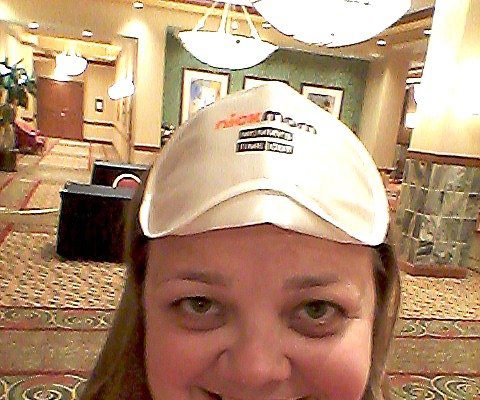 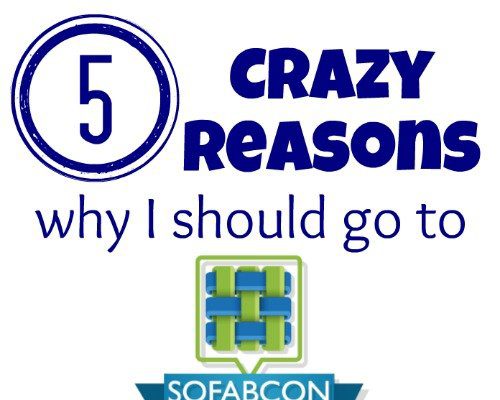 5 Crazy Reasons Why I Should Go To SoFabCon 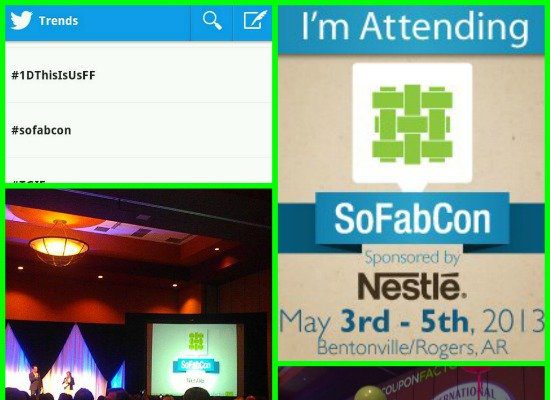