One of the things that my husband and I have enjoyed most about being parents is getting to relive our childhoods through our son. We try to introduce our childhood favorites like cartoons and toys to him and show him what we enjoyed as children.

Recently, my boy has talked about wanting to be a “doggy doctor” and was playing in our large walk-in closet with the dogs. I know that sounds silly, but it’s what he wanted to do. When he was out of town visiting my sister for a weekend, I cleaned everything out of the floor of the closet and put in a small desk. Now he has a doctor’s office equipped with his own little computer for taking notes (his LeapPad) and lots of supplies. My dad even dug through some of my old toys and found an original Fisher-Price doctor kit that had all of its parts!

Hubby has really enjoyed introducing our boy to watching WWE and my boy knows all of the wrestlers by now by their theme songs and even knows some of their moves. He earned a “prize” from us this past week and his choice at Walmart was a WWE championship belt and a few new wrestlers for his ring. He has six now and he’s working his way up to even more.

Right now, my boy is addicted to watching Animaniacs and loves to also watch old cartoons like Looney Tunes and The Flintstones. I used to watch The Flintstones all the time and loved to yell, “Yabba Dabba Do!”. I think it is the most fun when I see him get excited about our old favorite cartoons that Hubby and I can enjoy with him in our down time. 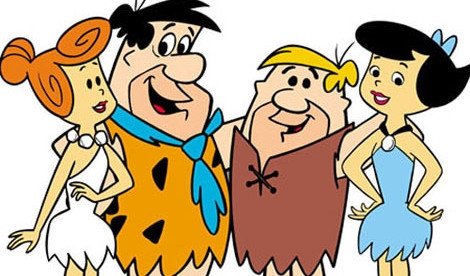 I just found out about this last night and I just had to share it with you. It’s a work in progress, but you have to hear about this so you can start getting excited as well. Start introducing your children to The Flinstones now and they will be excited as well!

The wrestlers of WWE are going to Bedrock

WWE Studios has teamed with Warner Bros. to co-produce a “Flintstones” animated movie that will be released direct-to-home video platforms in early 2015.

I told you all that WWE was family friendly, didn’t I?

“The Flintstones” is not the first animated co-production between the companies. There is an upcoming animated “Scooby-Doo” film that will feature WWE’s superstars in March, just before “WrestleMania 30.” 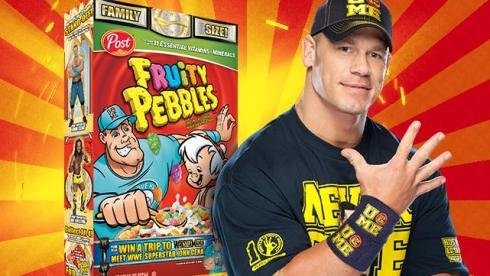 You all may have heard about the ongoing “feud” in WWE involving John Cena and The Rock over the last several years. John Cena has built a brand around wearing brightly colored T-shirts and hats and was called “fruity pebbles” as an insult during a feud with Dwayne “The Rock” Johnson.

WWE embraced the term and brokered an endorsement deal with Post Cereals that put Cena on boxes of Fruity Pebbles and Cocoa Pebbles — even replacing Fred Flintstone — to promote “WrestleMania” and other pay-per-views over the last two years. Cena also has been shown backstage eating bowls of Fruity Pebbles during shows as part of the promo.

Here’s the kicker, “The Rock” (with a name that is ideal for a Flinstones promo) is not a part of the new movie at this time. He’s been a little busy with his other movie deals, ya know. Ironic, yes? I love it!

My boy recently discovered Fruity Pebbles after seeing John Cena on the box and we have brought it into our home for a special treat. You all know that the cereal regularly feature “The Flintstones” and I love how they are tying this into a fun campaign for kids. Now, if only my cable company would please bring more family fun into our household with WWE Saturday Morning Slam…puh-lease!

So, get your kids excited. Start watching those Flintstones cartoons (you know you wanna). Add a little Fruity Pebbles to your Saturday morning routine. And get ready for WWE Superstars and some Yabba Dabba Dooooooo!

What are some of  your childhood favorites that you enjoy introducing to your children?