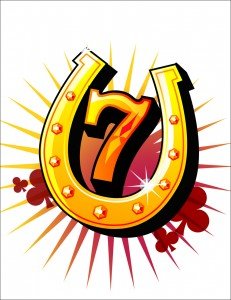 When I met my husband, he informed me that he had a lucky number. He said lucky number 7 had always popped up in his life. His birthday is 7/7/74. I had never really considered a lucky number so I just smiled and nodded and found it endearing. By the way, we met in 2007 and my birth year is 1977, so he completely considers that lucky and thinks that means we are sole mates (we are, but probably for more reasons that that). 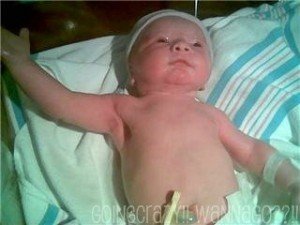 Although there was no doubt about who was the baby daddy of my boy, my husband just knew this love was his when he was born at 10:37 p.m. and weighed 7lbs 7oz.

By the way, isn’t he just so precious? His eyes were wide open, he gave the obligatory cry, and then started looking around the room and waving. I really need to have another baby…like now! Okay, I am getting off track… 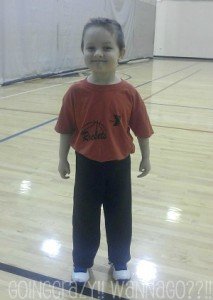 Little Dribbler for the Rockets…Blast Off!

That little baby is growing up so fast and he is now the best dribbler on his Little Dribblers team. He is so proud that he is on a team and he loves basketball. I took him to McDonald’s for breakfast before his first game on Saturday morning. We ordered our shared breakfast and drinks and our total – $7.77! My boy knows that number 7 is (our) lucky number so he was just as excited as I was and we told the cashier all about it. She was a good sport and played along with us.

We are back into the sports season for kids and even though we just had our first basketball game, we also picked up an application for Spring baseball as well! We asked him last week if he could have another activity, would he want gymnastics (my pick, to better his balance and confidence) or karate (Daddy’s pick so he can work on confidence in kicking butt on the basketball court) and of course he picked karate. I guess we’ll be looking into that during this week.

Back on track (again – seriously I could talk about this kid all day)… So, we didn’t get our red Rockets shirts until the morning of the first game, but when I went to the YMCA to pick it up, guess what number he is… 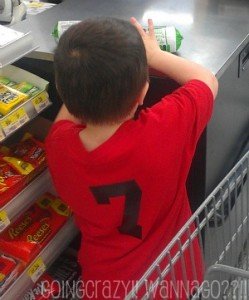 Hubby says someday we will hear this on the football field, baseball stadium, basketball court, etc.

Number 7 in your program, but Number 1 in your heart

What is it about Number 7?

According to Wikipedia, 7 (seven;/ˈsɛvən/) is the natural number following 6 and preceding 8. Well, duh… but there is just a little more to this number than meets the eye. I’m becoming a believer now.

The number 7 in the Bible is considered one of the most powerful and lucky numbers in scripture, according to the practice of gematria. A prime example is the Creation of the world, accomplished by God in seven days according to Genesis. The Hebrew word for “luck,” gad, equals seven in gematria.

The number 7 can also be considered unlucky – Think mirror breakage – 7 years of bad luck. But, you may also recall that the number 7 is often on a slot machine as the lucky number – three 7s in a row means jackpot!

Why am I writing a post about Lucky Number 7? I don’t know. I just thought it was cool that my husband has always considered it lucky and that it just keeps popping up in our life.

Do you have a lucky number?