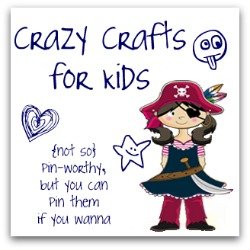 When you are a craft-challenged Mommy like me, you look to lots of places for inspiration. I have done lots of searches on Pinterest and Google and I am always watching the crafty bloggers for ideas. I am usually intimidated by their perfect-looking crafts and I just have to remind myself that I am not that person.

Sometimes when my boy and I are crafting, we are fighting off dogs, pushing toy piles out of the way, and searching all over the house for a piece of tape or that glue stick that we lost (or that the dogs ate) and we may be rushing to do “something” before bedtime or before we have to pick up Daddy because Mommy promised we would craft, but we forgot until the last minute.

I am not that mom who takes the time to prepare a crafting area or even have a crafting room. I don’t have the patience and my boy doesn’t either. He wants something quick and easy that results in something that he can show off to Daddy or Granny and Papa.

Sometimes, our crafts just show up at the doorstep, all neat and tidy in a box, with all the supplies we will need and we frantically open it and try to do what we can while Daddy cooks dinner and the dogs attack us because they want to go outside or come back in or go back outside…

Wait…what? All the supplies we need…at our doorstep? Yes, please! 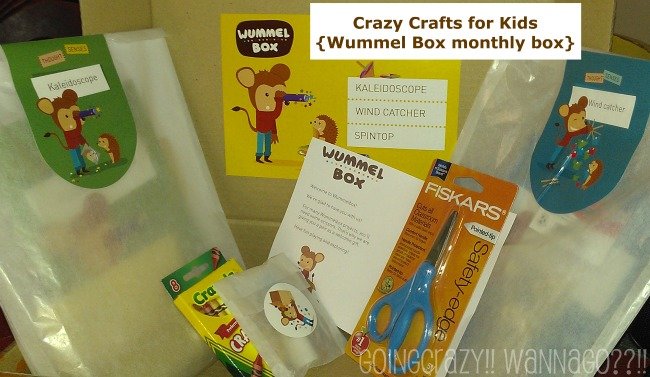 This is the box that we received from Wummel Box (minus the spintop package that you are about to see in action. I love that everything was included down to the crayons, glue stick, and scissors. Each bag is its own craft and if we were careful, we could save the bags for extra pieces. Here’s how it all worked out: 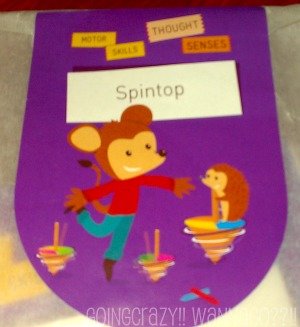 How to Make a Spintop with Wummel 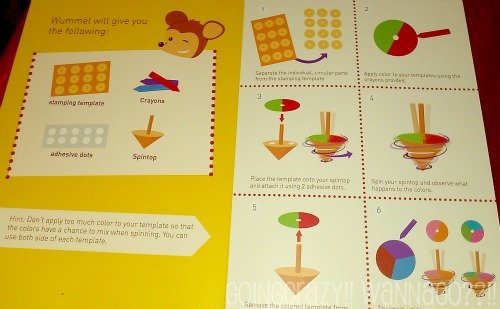 All of the instructions were included on a laminated card inside the bag for the spintop. They were even illustrated so my boy was able to follow them as I read. It was very simple, actually, and this craft was marked with minimal parental assistance needed. 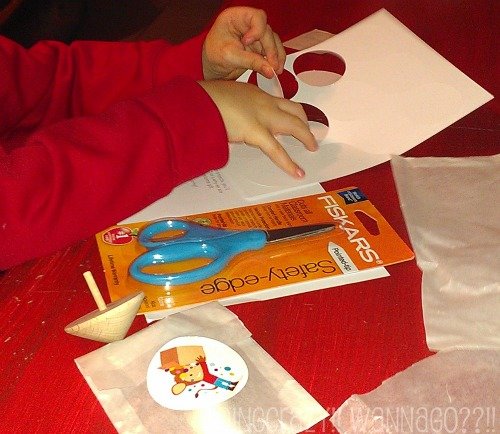 The wooden top was included in the bag and my boy had no problems punching out the circles that would fit over the top. He wanted to cut something so bad so the scissors didn’t leave his side. {there was no cutting required for the spintop craft} 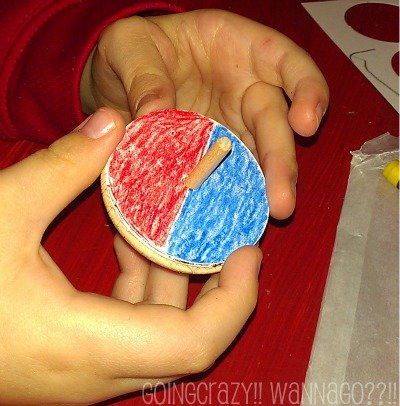 We each colored some circles and yes, this red and blue one was mine, not his, but it turned out to be his favorite. He colored some darker colors and made lines which were fun when the top was spinning, but not as much fun as seeing the red and blue mix together. 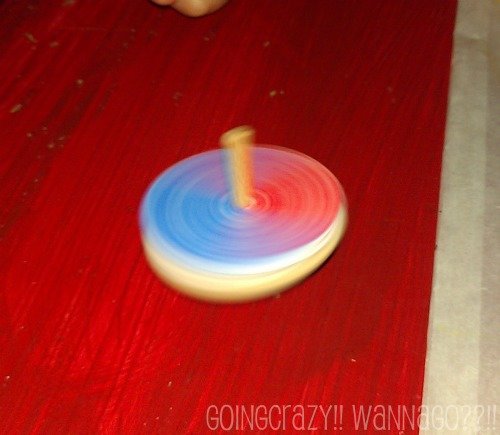 It made purple! I actually couldn’t believe that we made a craft that actually worked how it should, but with the easy instructions and all of the pieces pre-made for us…we had better get it right this time! 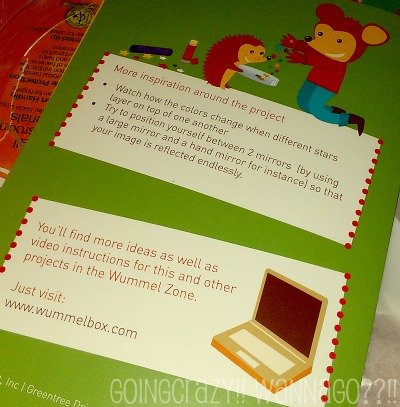 I had planned to only do one craft per night so we would have something simple to do for three nights, but my boy had other plans. He gave me “those eyes” and asked for one more. Of course, these crafts were so easy that I agreed to ONE more. 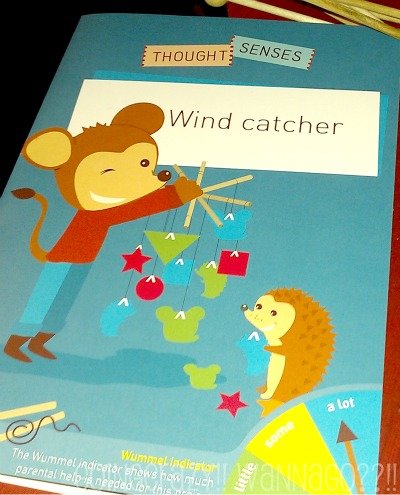 How to Make a Wind Catcher {Mobile?} with Wummel 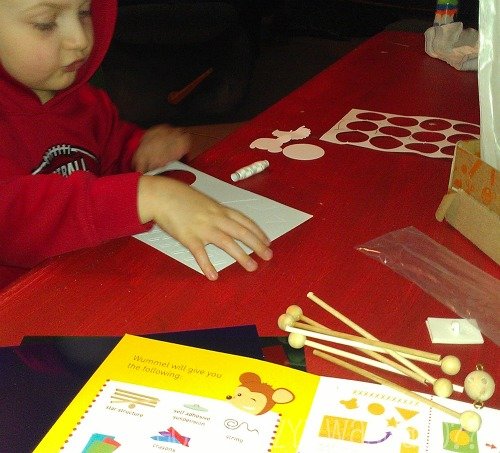 I might as well tell you that our wind catcher (which is really a mobile, right?) is not finished and my boy is not as interested. If you notice from the previous picture, in the bottom corner Wummel has determined that this craft requires the most parental assistance. Basically, my boy was able to punch out some paper shapes, trace the shapes onto colorful transparent paper, and cut. 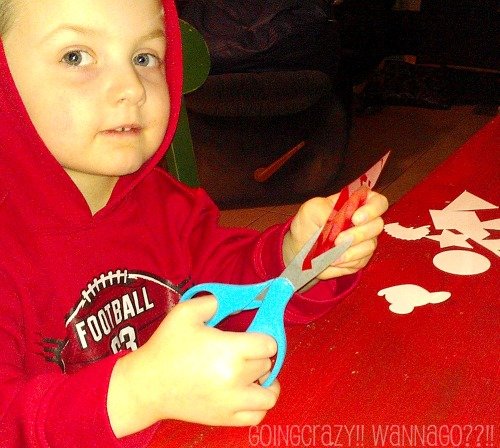 However, he chose the star for his first shape and after attempting to cut for a little bit, he said, “my star looks creepy, mommy, you finish”. Then he proceeded to use the arms of the wind catcher as drum sticks all over the table. He was slightly patient with me to cut out a couple more shapes, put together the arms of the wind catcher, and then tie them, but then he was done. Since he didn’t consider this craft “done” (and since you can legitimately stamp “sucker” on my forehead) we decided to jump right into the next craft and do it all at once! 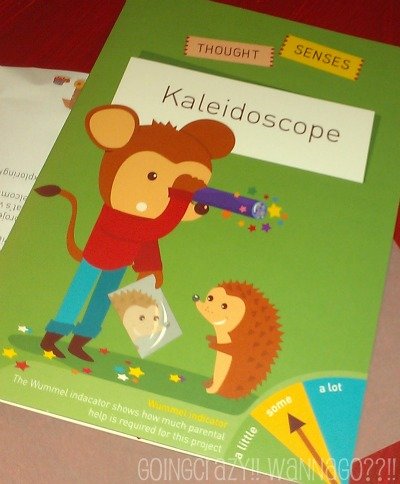 How to Make a Kaleidoscope with Wummel 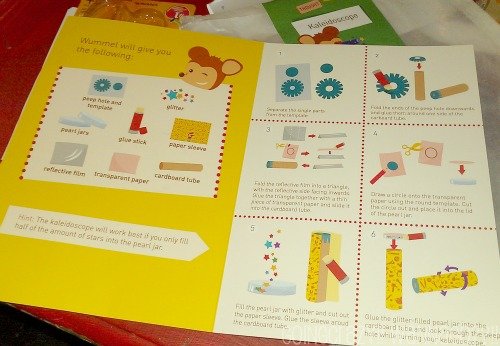 I think that the kaleidoscope craft was our favorite craft in the box because it was interactive, we both were able to participate (almost equally) and it created a fun toy for the boy to play with over and over. There were several more steps to this one, but we had fun with it. 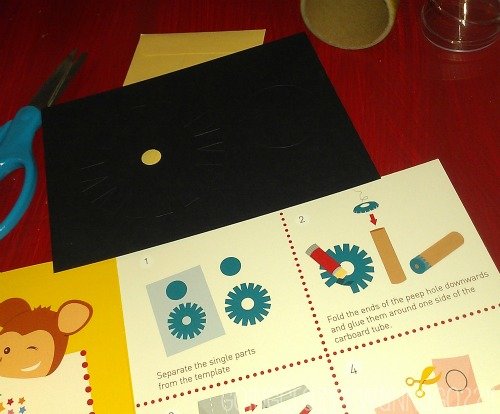 Again, my boy was able to punch out the shapes needed for the different parts. 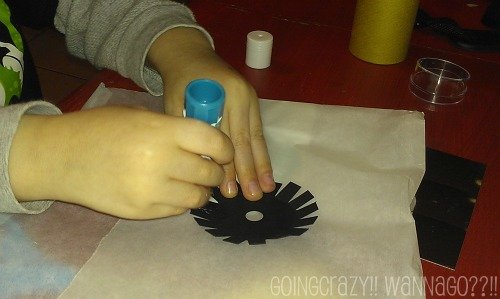 I folded up the edges of the black ring eye piece for him and showed him how it would fit on the cardboard tube. I had to tell him several times that we were not going to cut the tube (because of a different craft that I will show you next week) but then told him that there would be cutting later. He did have fun applying glue to it and then I held it in place on the tube while he moved on to the next step. 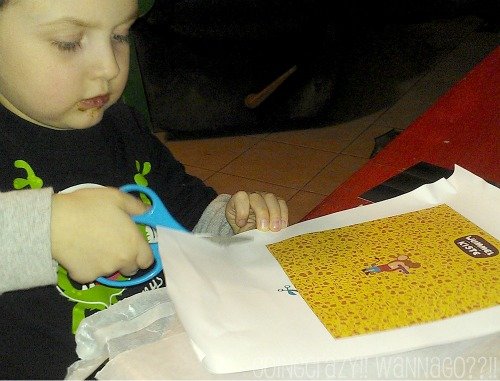 He was excited to cut out the big square that would become the outside of the kaleidoscope. I was excited that it was a large square so it was easy for him to cut on the lines. 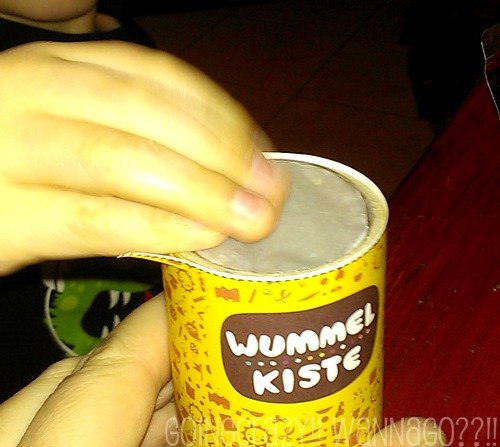 The kit came with a clear plastic “pill box” and an envelope of sparkles. We put the sparkles in the box, inserted a small circle of parchment-like paper, and glued it into the bottom of the tube. One step I left out in the pictures was a piece of reflective paper that was included in the kit. It had lines on it to fold into a triangle and insert into the tube. It rested on the other end of the tube, which held the black eye hole, and then kept the box of sparkles in place while we glued it. 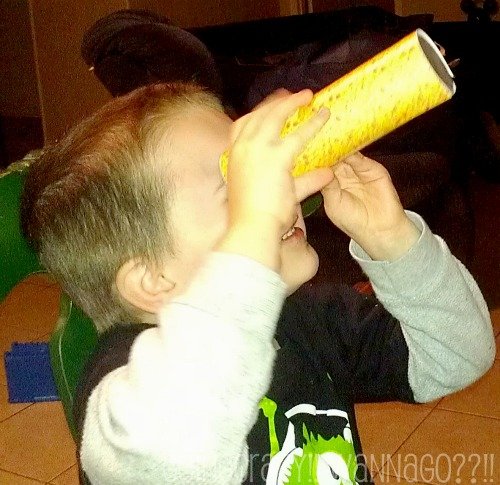 The last step was to enjoy the kaleidoscope and all of its colors. I was surprised that the sparkles were colorful inside the tube despite only being white. My boy was just happy to have a new kaleidoscope that he made! He ran into the bedroom to show Daddy and then tried it out on all different places of the house where there are different lights. 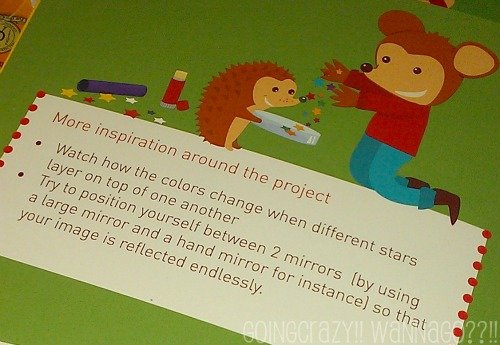 On the back of each of the instruction cards are ideas for inspiration to further the learning from the craft. By the way, my boy loves the little mouse {I think that’s Wummel} and his porcupine friend.

In a nutshell, it’s a monthly arts and crafts subscription for 3-7 year olds. Every month, you receive a box with 3 projects. It includes EVERYTHING that you need. The materials are high quality and mainly natural products. There is an indicator on every project that tells you the level of difficulty and how much parent involvement is needed. You can find some of their other crafts on Facebook as well.

Did you know that you could win a Wummel Box from me right now? Well, you can! Check out my #JustJanuary giveaway, learn about January holidays and special days, and enter to win. There will be five (5) winners!

Crazy Crafts for Kids {or whatever you want to call it}

Apparently, my Crazy Crafts for Kids series has inspired my friend Gena to craft like nobody’s watching, and then post it for all to see, and she created a Police Badge craft in her new series Crafting with the Captain. She and I feel that even if your crafts aren’t pin-worthy, the time spent with your child is much more important. I’m hoping others start joining us and posting their crafts as well. Call it what you want, but let me know so I can check it out, link it up, share it. If enough people are interested, I’ll start a linky party! So…get your “crappy” craft on, people!

What did you craft with your child this week?!! 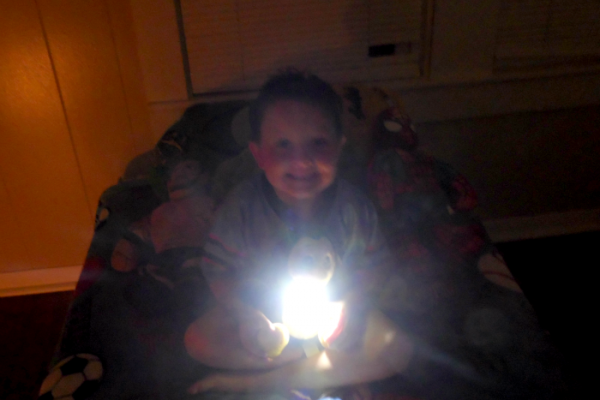 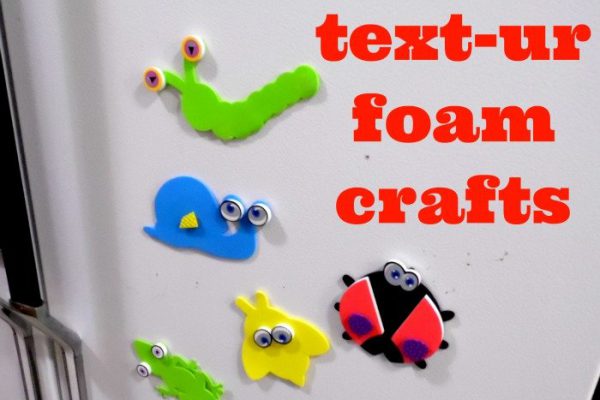 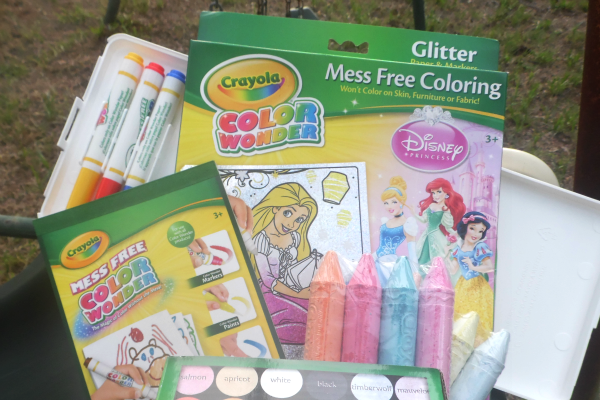