WWE Tribute to the Troops #wwemoms 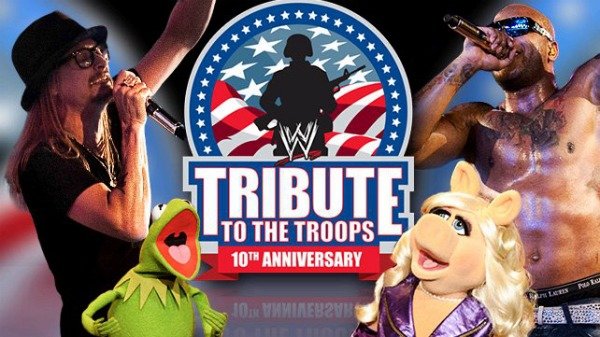 WWE Tribute to the Troops

There’s just nothing quite like the holidays to bring about feelings of happiness and sadness, giving and partying, and what better way to celebrate this holiday season than a WWE Tribute to the Troops?!

At some point during this year, my boy has become completely obsessed with WWE. It all started with a signed picture of Dolph Ziggler that was given to him by Hubby’s friend and coworker, Soleb from 2nd Opinion Productions. For a while, my boy was obsessed with Ziggler, but we also learned that he is a little like a “bad guy” and he started learning more about the other wrestlers. Now, you can hear him running through the house yelling “Feed Me More” and there is nothing better to get him to stop misbehaving than hearing “Well…it’s the Big Show…” on the TV. He will stop in his tracks and run to the TV (he may or may not have kissed the TV one night when The Big Show came on).

Hubby is from Detroit and has actually cooked for Kid Rock (in his former life as a chef) and he is a HUGE Muppets fan (he is sad that our boy has not “caught on” to the Muppets yet). I just know this WWE Tribute to the Troops is going to be Ahhhhh-mazing!!

About WWE Tribute to the Troops

WWE Tribute to the Troops has become a holiday tradition and is considered TV’s most patriotic and heartwarming show. In the grand tradition of Bob Hope, the holiday special will feature performances by Grammy Award–nominated, international superstars Kid Rock and Flo Rida, and WWE’s biggest Superstars and Divas for thousands of military personnel and their families at the Scope Arena in Norfolk, Va.

Does this not sound like the most amazing show?! I think I will plan a family fun night with some fun finger foods and maybe even a new wrestling outfit for my boy. We will definitely be recording it on our DVR so we don’t miss anything (our boy has been falling asleep at 8pm lately, yippee!). Maybe this will be the chance for the boy to finally catch on to the Muppets. And Trace Adkins…woo! I can’t wait to see which wrestlers are there!!

The #wwemoms are back with another amazing Twitter party as well! We will be chatting it up on Twitter on Monday, December 17 at 1pm EST, so grab a lunch and come tweet with us!

Why: WWE Tribute to the Troops & The WWE, Social Good, Wrestlemania and more!

What are you most excited about for the WWE Tribute to the Troops?!! 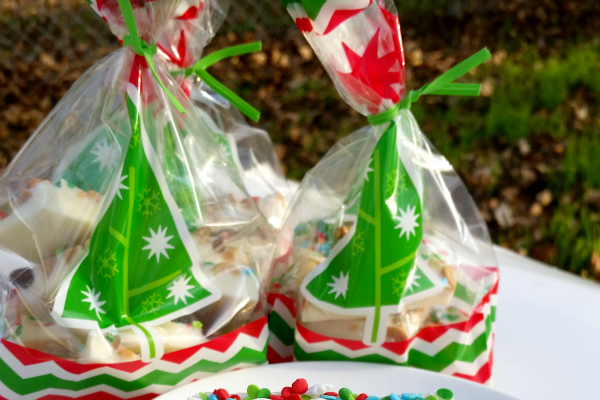 The Easiest Bark Recipe Ever {plus 20+ Holiday Treats recipes}