This past Saturday, The Boy and I had a full calendar of activities. By the end of the day, Hubby and I dubbed him "the luckiest boy in town". Check out these pics of the highlights. I apologize in advance that this is not completely wordless… 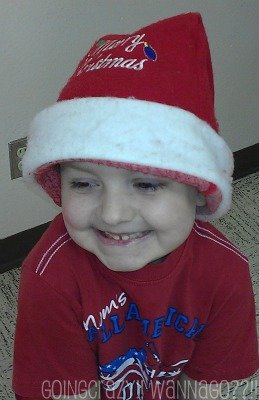 We started the day with Breakfast with Santa at the Palestine Civic Center.

We were just about to sit down with our plates when The Boy's raffle number was called so we went up to the front so he could talk in the microphone. He said his name, but when they told him to say "Yee-haw!", he just giggled. 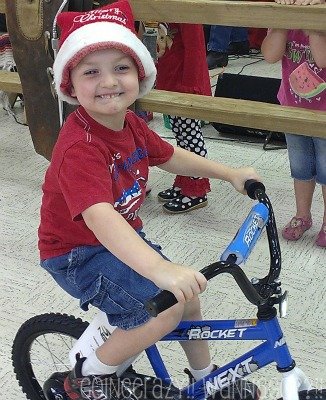 Then we found out he won a bike!! He was so excited and jumping up and down!! 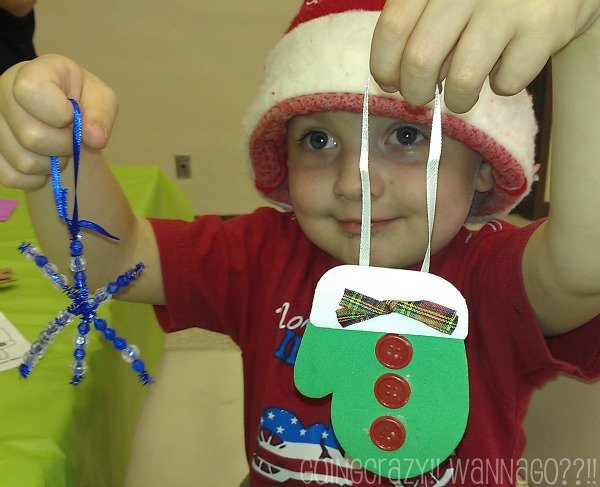 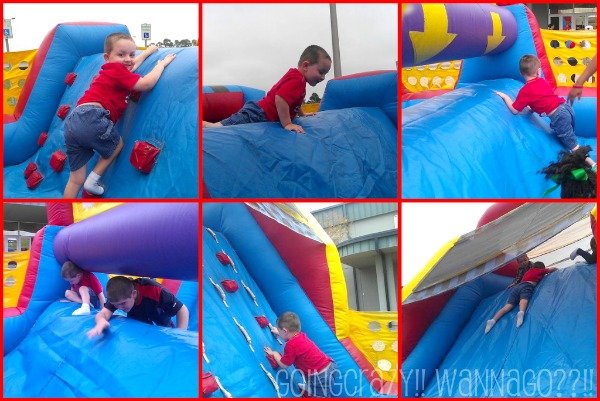 This was my proudest moment of the day because my boy always wants to get on these huge bounce houses, but then decides it is too scary. This time, he did it…twice!! 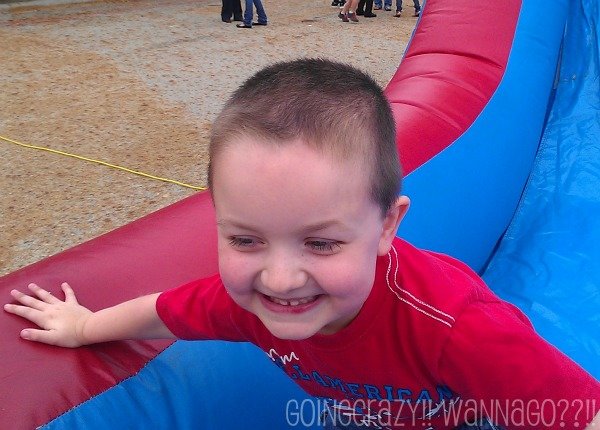 He was pretty proud as well. 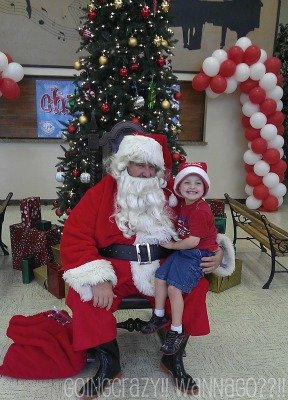 Of course, the best part for him was seeing Santa Clause. He is sticking to his request of a WWE wrestling ring. I'm still amazed that I have become part of the #wwemoms 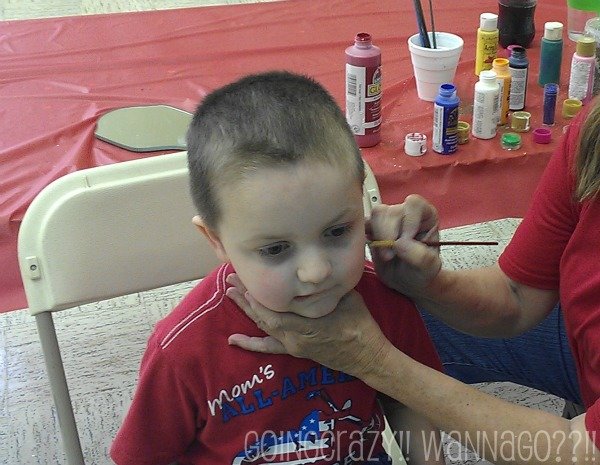 He got his face painted with a Christmas tree and then won some cupcakes at the cake walk and it was time to head home for some rest before the parade! 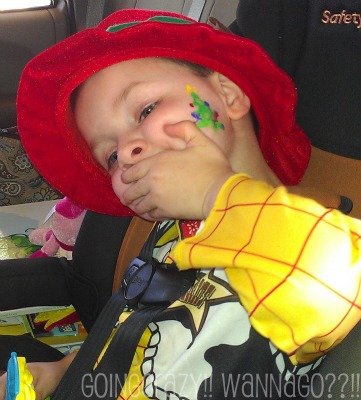 By the time we left for the parade, he was dressed as Woody with a reindeer fedora…I have no idea about this kid sometimes #whoisthisboy 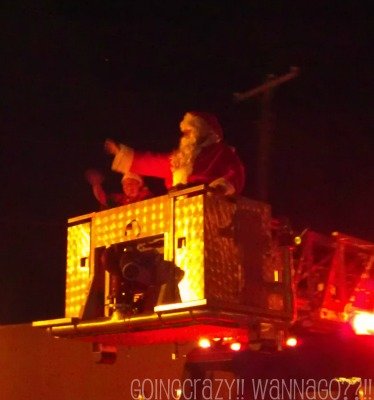 The end of the parade and there's Santa again! 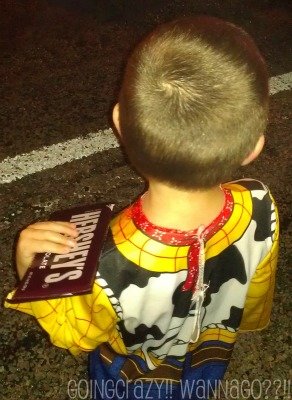 Finally, while all the other kids were picking up suckers and little candies being thrown at the parade, one of the cheerleaders walked up to my little man and handed him this! See why we called him "the luckiest boy in town" now?!!

What activities do you have planned for Christmas this year?!!

Meet the Newest Member of our Family – We have Elf Magic!!