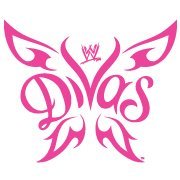 As a mom of a (young) boy, I don't have much experience with the Divas yet. When they come on to talk or wrestle, usually my boy will jump on his daddy and they don't pay much attention. Of course, Hubby and I talk about the stories with the Divas from time to time because I want to know what's going on, but for the most part, we aren't "there" yet. 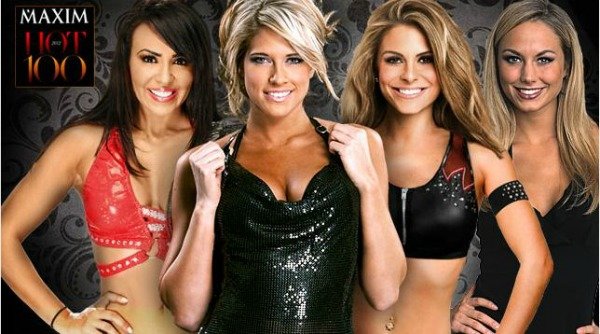 Now, having said that, I do have a few thoughts on the Divas. The Divas have an opportunity to speak to a wide array of fans with their attention and they are headed in the right direction. On the surface, I am tempted to say that the skimpy clothing and affiliations with Playboy and Maxim are cheapening their image, and maybe some agree with this, but I also know they "sex sells".

Here's the catch to the "sex sells" image. Once you have their attention, teach them where you are strong! The Divas have a potential for a reach that outstretches WWE, any WWE event, and even the WWE Superstars. If they can catch the attention of the men, do good that impresses the women, and do social good for children….well, then, who else is there?! Where would you like to see the Divas do good?

I can't really say that I have a favorite WWE Diva, but I'm paying close attention to the AJ and Vickie roles right now. While they have the attention of the WWE world, they could jump right in and show what type of social good impact they can have. I would love to see them support campaigns for education, feeding children, child abuse awareness…and so on. As big of an impact John Cena can have just wearing pink for a month, the Divas have so much opportunity to reach all types of audiences. 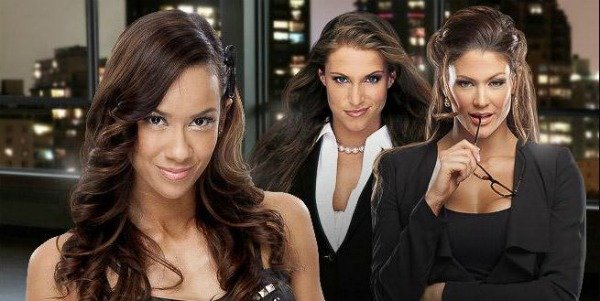 Yes, "sex sells" but isn't this classy and business look just as sexy as they bikinis above? This look makes me think of a strong, intelligent woman who is going to get her way in the world. She is going to "hold her own" in the man's world.

I want to know your thoughts!!

Leave a comment below tell me some of your thoughts about the WWE Divas and you could win a WWE shirt (one winner will be chose from the cumulative comments from all of the Divas posts written by the #WWEmoms).

We want to know:

Why: The DIVAS & The WWE, Social Good, Wrestlemania and more!

If you want to read more about what the WWE moms think about WWE Divas, check out these awesome posts!!

Pampering Guests During the Holidays