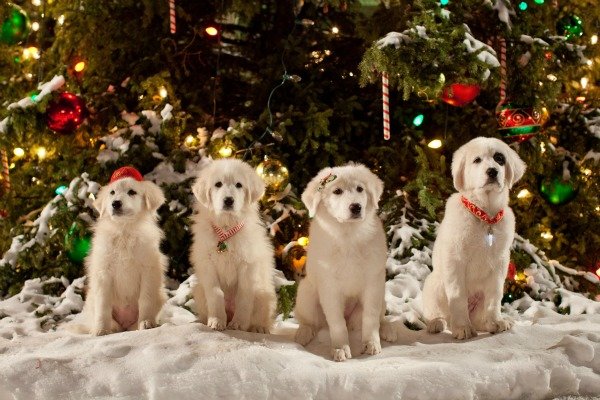 On November 20th, Disney delivers a heartwarming and hilarious adventure starring a brand new litter of the most adorable talking Great Pyrenees pups in SANTA PAWS 2: THE SANTA PUPS on Blu-ray, DVD and Digital! From the creators of the #1 live-action, direct-to-video Disney Buddies franchise, SANTA PAWS 2: THE SANTA PUPS is the perfect film for the entire family to enjoy this coming Holiday Season!

Anytime the Disney Buddies enter our home, we know we are in for a treat. This one did not disappoint! The new pups are adorable as usual and just as mischievous. My boy loves animals and has an even more affinity to dogs so seeing talking pups is right up his alley! He loved to see them getting into trouble while also trying to help others. This is a perfect story for children to learn that sometimes you're just too young to do things that are meant for adults – no matter how big your heart is for others. 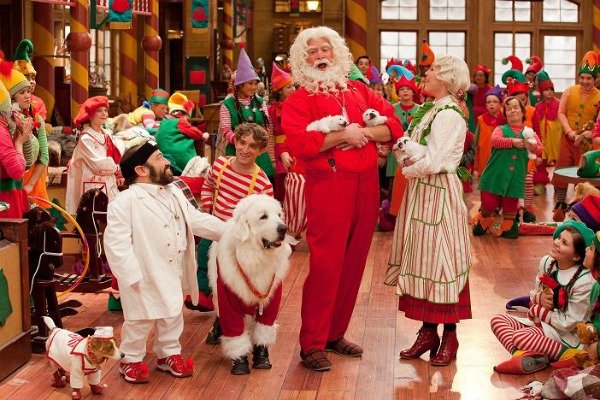 The North Pole has a new litter of playful pups! However, when the frisky foursome—Hope, Jingle, Charity and Noble—practically destroy Santa’s Workshop with their mischievous gamboling, they realize the best way to prove that they’re responsible enough to become Santa’s Helpers is to show how well they can spread the Christmas spirit all by themselves. With help from a magic crystal, they start granting everyone’s wishes. But their good intentions backfire when one unhappy boy asks that Christmas go away forever! With his wish impetuously fulfilled, and the joyous spirit quickly disappearing from the planet, Mrs. Claus and the pups have to find a way to reverse the spell—or risk losing Christmas forever! 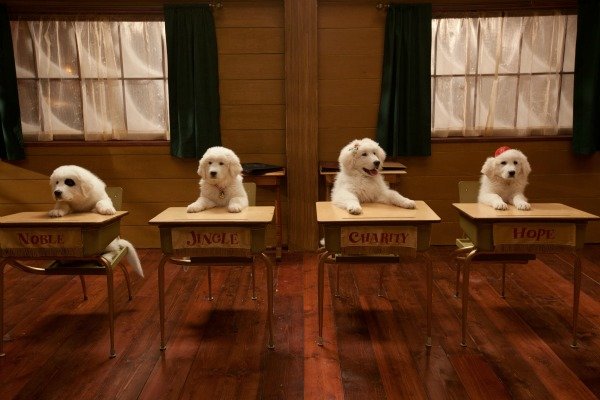 This cute litter consists of three female pups and one male pup. HOPE is the daring tomboy who wears a backwards red cap and rarely looks before she leaps. JINGLE is the diva with a bell on her collar who loves to sing, but can’t carry a tune. CHARITY is the girliest and most self-centered of the pups, with a mistletoe barrette, who has yet to learn the meaning of her name. And NOBLE is the mischievous only brother and self-appointed leader who is distinguished by a cheeky black spot around his eye.

Kick off the fun with some wacky bloopers featuring the pups, Danny Woodman and Cheryl Ladd! 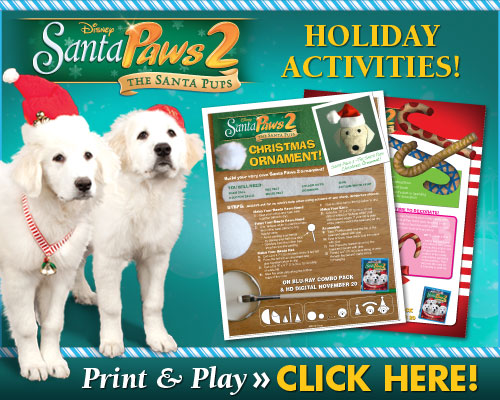 Thanksgiving is the perfect time to get started on holiday crafting and baking! The adorable Santa Pups want to make sure that your holidays are paws-itively fabulous! Remember the special canines in your life with a puppy Christmas ornament and candy cane dog biscuits which will have pooches on their best behavior to get on Santa's nice list! 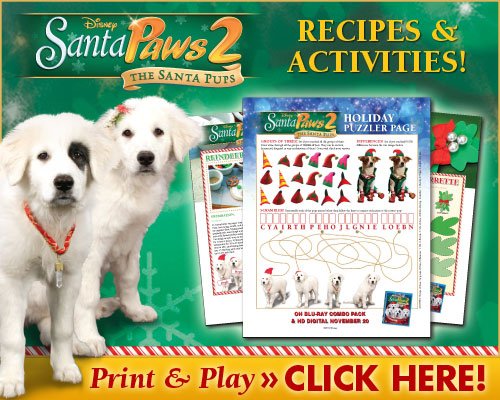 Whip up a batch of scrumptious reindeer sugar cookies and while they're in the oven keep kids busy with a holiday puppy puzzler page. Then indulge in some holiday crafting by making Charity's festive mistletoe barrette!

Other Disney Buddies movies on Amazon

Stay connected with the latest news and information about 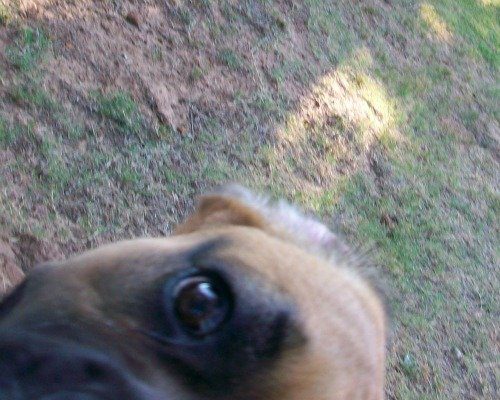