Back to School with Gutzy Gear

Let them SCREAM (their personality) with Gutzy Gear!!

Whether you have a Diva, a Drama Queen, or a Wallflower child in your house, they all need to show personality at times. School uniforms are almost everywhere now so you have to find creative and appropriate ways to let those personalities shine. Why not give your children the chance to SCREAM their personality with Gutzy Gear?!! 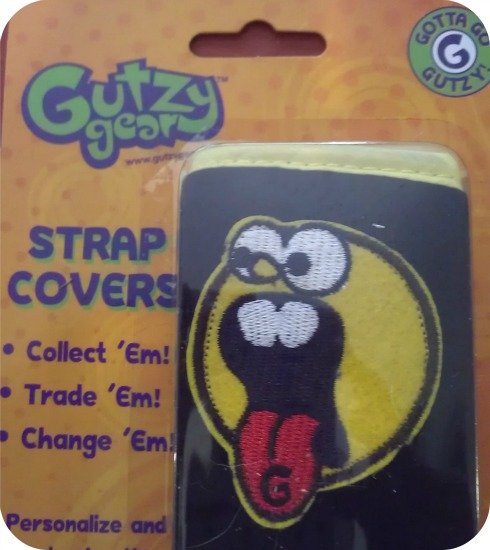 Gutzy Gear is a new and unique way for kids to express themselves by transforming a simple backpack into their own statement-making personality pack! The Gutzy Gear strap covers fit around just about any type of backpack, messenger bag, or rolling bag. But the creativity really begins with the super fun and totally custom line of patches called "Gutzies" that kids use to decorate their straps. Because they are removable with a simple tug, and require no sewing or ironing, Gutzies are meant to be swapped, traded, and shared between friends, for a custom look anytime that's as endless as your child's imagination. 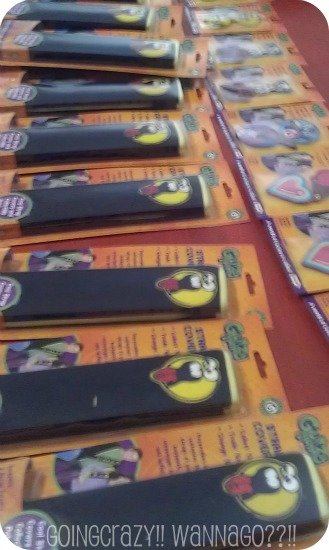 This past weekend, The Boy and I invited a few friends over for a Gutzy Gear party so we could share (with a bunch of girls ;)) our new find. He was excited to have friends coming over and was helpful by putting all of the strap covers and Gutzies out on the table. He saw a few in the pile that he would like on his backpack as well. 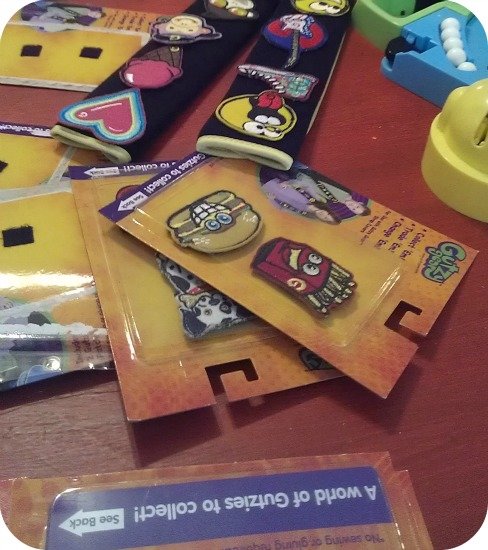 The girls were excited when they arrived and dug right into creating their strap covers. There were only a few of them so they got to decorate multiple covers each. Between games of Hungry Hungry Hippos (because I forgot to put it out of sight) we had a great time laughing at all the silly Gutzies to collect. We looked at the backs of the packages and saw even more that we want next! These girls had some very different personalities and each girl was able to SCREAM with personality using these Gutzy Gear strap covers. 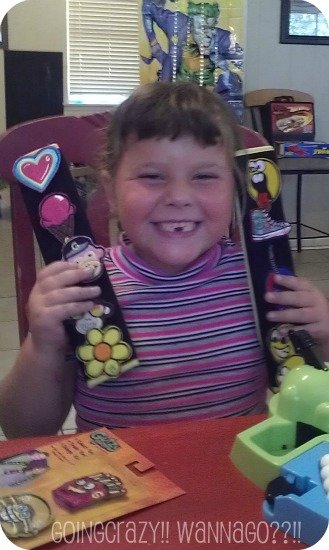 Only one of the girls would let me take her picture and she was very proud of her brand new strap covers. She just started Kindergarten this year and she was so excited that she could have some "bling" for her backpack!

Even though my boy doesn't start school until next year, he had a blast designing his own strap covers. He liked that he could put the velcro Gutzies on the strap cover and then move them around if he needed to. The other mothers and I really appreciated that the Gutzies were easy to place on the covers, but strong enough that they would not fall off easily. This means that we won't be buying the SAME Gutzies over and over.

Have teenage girls? Check out what the teens think at Blogfully's Gutzy Gear party!! 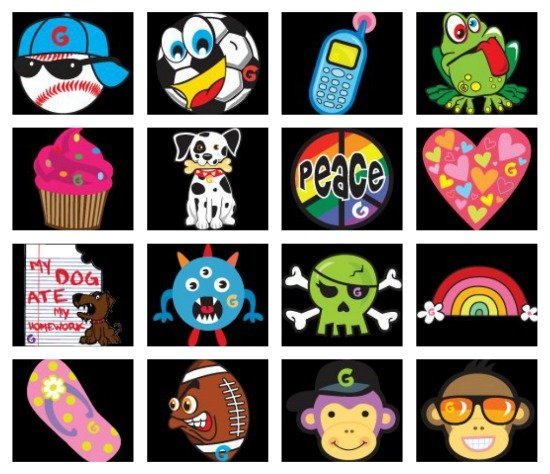 The Boy and I looked online at all of the Gutzies and picked out a few of our favorites, but there are so many Gutzies that every child can find the right ones to show their personality. 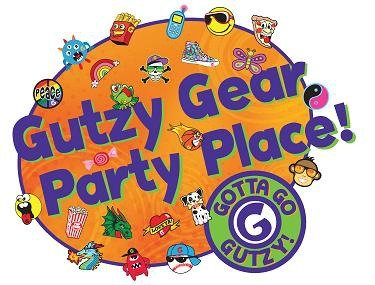 This is Slumber Party material for sure!!

Find out more about Gutzy Gear by following on Facebook and and use these fun activities below to plan your OWN Gutzy Gear Party!!

How do you let your children SCREAM with personality?!!

Disclosure: I was provided with a party kit, from MomSelect and Gutzy Gear for the purpose of sharing the product with others. All stories and opinions are my own.

Monetizing my blog with a Brand New Media Kit {Review}