Stand Up for What’s Right

I have a good friend who I grew up with – you would never know he wasn't just like all of the other kids we ran around with. But when you sat down and talked to him it didn't take long to discover that his history was one of tragedy and hurt.

When he was little, his mom had an affair and subsequently decided to leave her home and her family to be with the other man. My friend and his younger brother were shuttled back and forth between the two homes as many kids from broken families are. One night, his mom and her new boyfriend went out on a date and left the children with a sitter. Supposedly, the children were already in bed when the couple came home and the mom did not go in and check on them.
Later in the night, the 15 month old younger brother was found unresponsive in his bed and taken to a local hospital where he was pronounced dead. There were very unusual circumstances. For example, the baby was still full clothed and soaking wet . . . yet his body was already cold by the time he was brought to the hospital. An empty bottle of cold medicine was found on the floor near the boy's room.
An inquest was held at which the boys mother chose not to attend at all and the boyfriend plead the 5th Amendment to every question. The mother moved quickly to have the baby's body embalmed, removing any evidence that might have been contained in the bodily fluids.
Nothing further was ever done and the case remains open even though these events occurred almost 30 years ago now. In the 90s this couple had another son who mysteriously fell out of the car as a young boy and was run over, dying of internal injuries.
This man is still a free man today. Despite the overwhelming circumstances and the egregious behavior exhibited towards the children in his care, he continues to function without any kind of censure to impede him in doing whatever he wants in his life.
How sad is this? How many lives must be ruined? When will we learn to allocate our resources in order to protect those who can't protect themselves instead of enabling those who are already on a path of self-destruction?
Do your part this month to stop abuse. It just takes one person standing up for what's right.
Want to save money? Get FREE stuff? Figure out how you can find the "extra" money to be able to help others? Then this is the perfect place for you. Grab a drink, kick off  your shoes and let's chat. 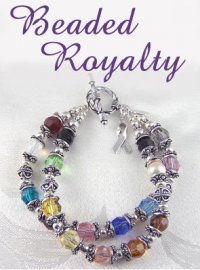